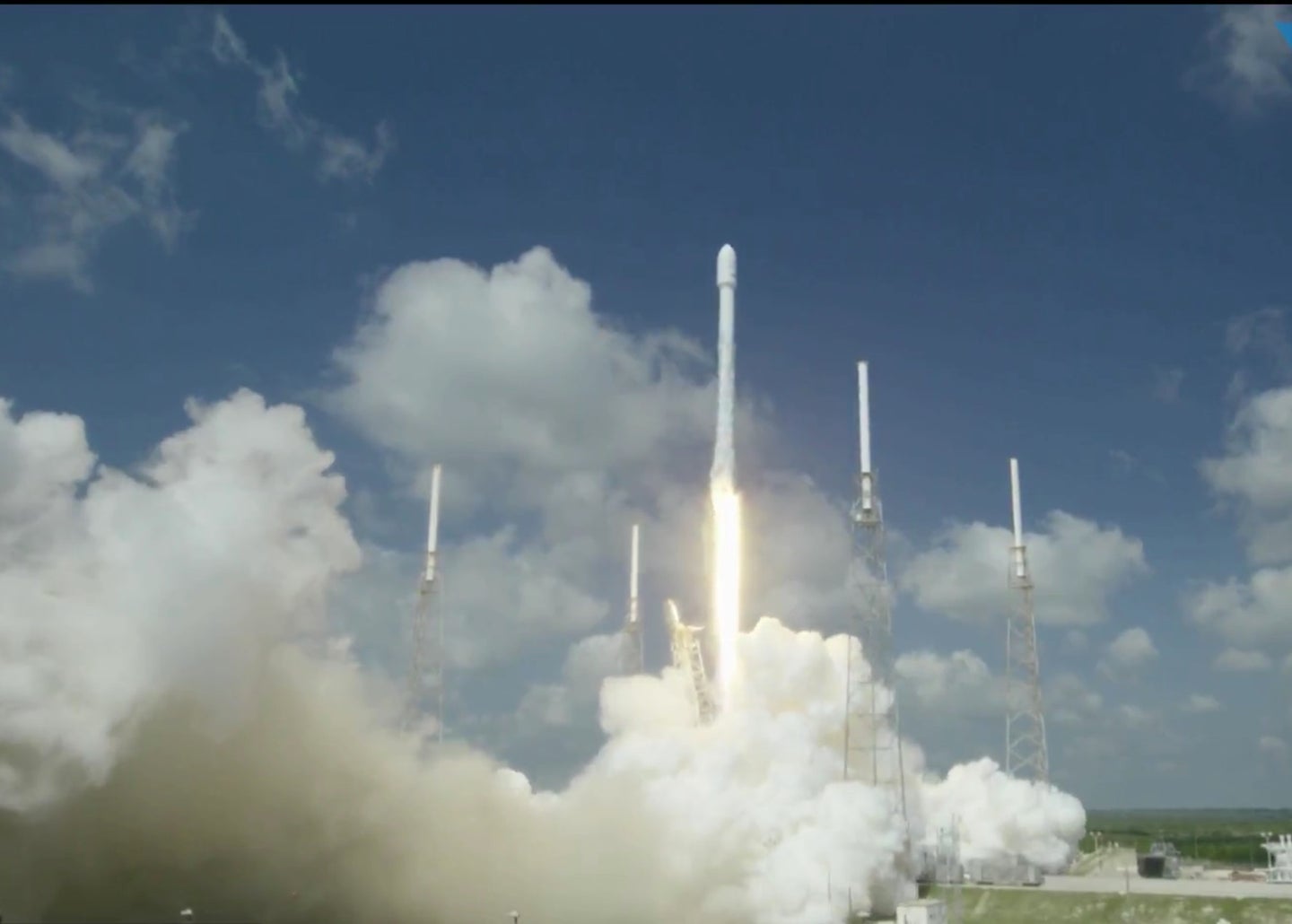 One out of two isn’t bad. SpaceX’s launch of two global communications satellites seems to have gone well. The satellites are headed up into orbit and will be deployed shortly. That’s the good news.

The bad news is that the landing of SpaceX’s rocket on a barge in the middle of the ocean has yet to be confirmed. Viewers of the SpaceX webcast caught a glimpse of smoke, flames and shaking on the barge before the live feed cut out. As the webcast continued, the hosts eventually confirmed that the data coming back from the drone ship indicated that the landing had likely failed.

The previous four attempts by SpaceX to land a rocket were successful both on land and at sea, but earlier attempts had failed. SpaceX hopes to reuse one of the successfully landed rockets in a launch in September or October of this year.

Elon Musk explained on Twitter that the rocket likely landed too hard on the pad, causing it to explode.