SpaceX Plans To Land On Mars As Soon As 2018

Step 1 toward colonizing the red planet 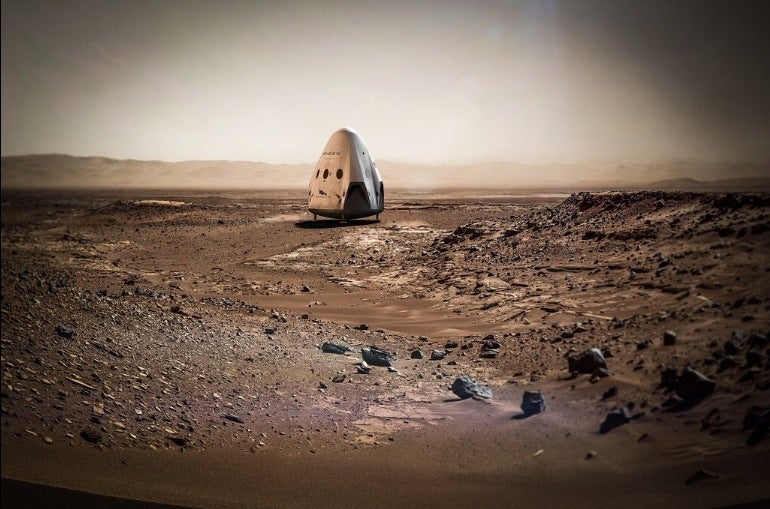 While NASA somewhat aimlessly plans a crewed trip to Mars in the 2030s (which might get delayed to the 2040s), it looks like SpaceX is kicking its Mars colonization plans into high gear.

Just one year after it plans to become the first company to carry astronauts to the International Space Station, SpaceX is hoping to launch its first uncrewed mission to Mars in 2018.

The company just dropped this bomb on Twitter without many other details. However, a knowledgeable source says the company hopes to test technology to land large payloads on the Red Planet–an important step toward delivering the habitats and supplies that could allow for long-term human habitation of Mars.

NASA is in on the plan, and says they’ll provide technical support in exchange for SpaceX’s entry, descent, and landing data. At the same time, the space agency has decided to cut funding to its own experimental Mars landing technology by about 85 percent.

Much like it does on Earth, the Red Dragon capsule would likely use retro thrusters to achieve a soft landing on the red planet.

SpaceX CEO Elon Musk cautions that Dragon is not ready to carry humans to Mars, however.

Much like NASA’s Orion capsule, which is similar in size, the Dragon would likely need to link up with a larger habitat module in space if it’s to carry astronauts to our neighboring planet.

Musk has promised to reveal more details about the company’s Mars plans–including an idea to build a city on Mars–at the International Astronautical Congress in September. It’s as yet unclear how much the company will reveal about the 2018 launch goal before then.

May of 2018 will be the next time Mars and Earth will be lined up favorably for the shortest possible trip between our blue marble and the red planet. If Spacex can make that launch date, it could put the capsule on Mars in late 2018.