Blue Origin Will Likely Blow Up Its Next Rocket 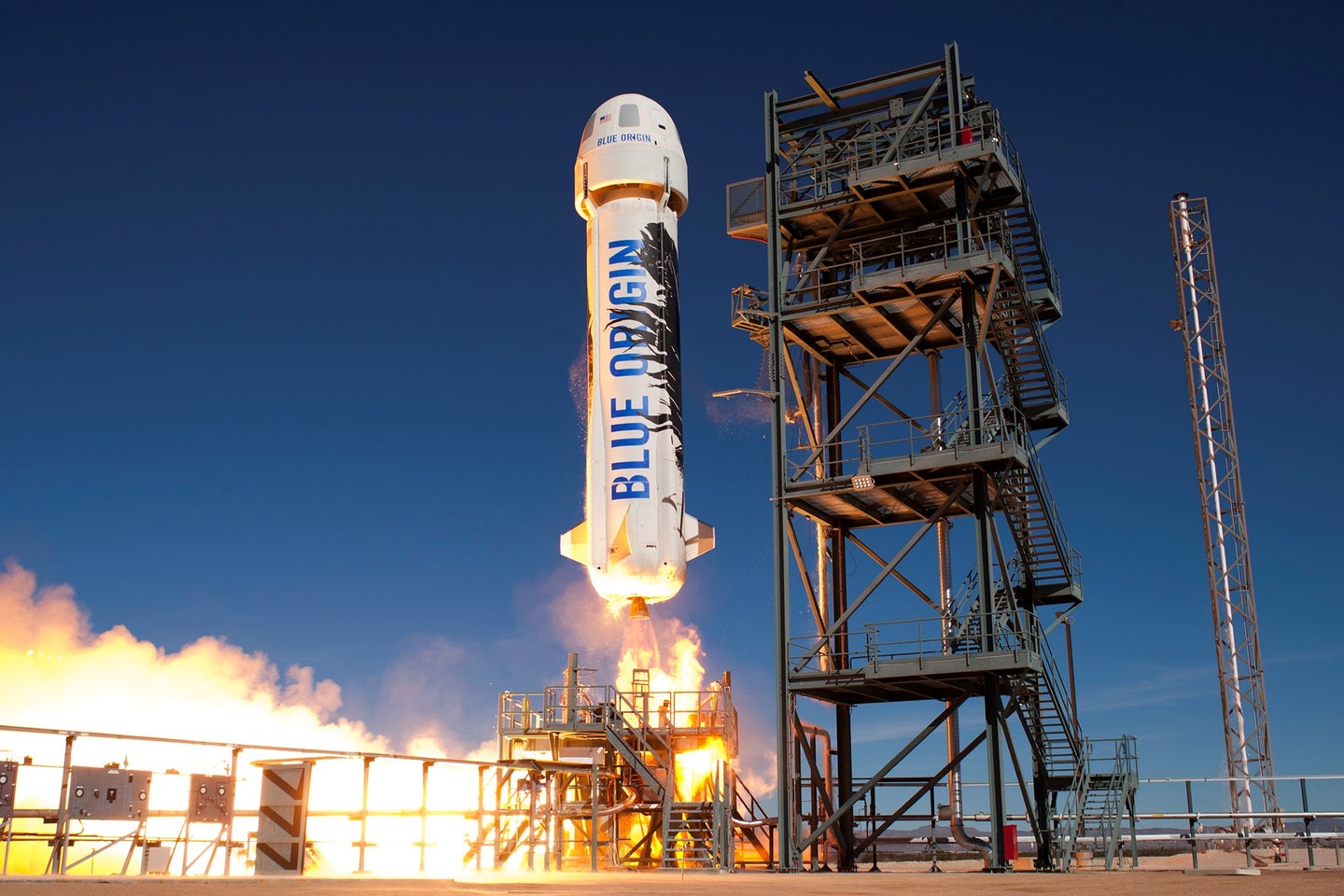 While SpaceX is dealing with the fallout from a rocket that exploded on the launch pad last week, competing spaceflight company Blue Origin may intentionally trigger a rocket explosion next month.

Blue Origin plans to test its crew capsule’s abort system in an October launch of the New Shepard rocket. The abort system, installed on the gumdrop-shaped capsule that the company hopes will carry tourists into suborbital space in 2018, is designed to carry passengers out of harm’s way in case of an emergency during liftoff.

The only problem is that the force of the abort system thrusting away from the rocket, combined with the fact that the test will take place during a period of maximum stress on the rocket, could trigger an explosion.

About 45 seconds after liftoff, at an altitude of about 16,000 feet, a motor will fire for two seconds to push the crew capsule hundreds of feet away from the rocket. Then the capsule will deploy parachutes for a soft landing.

Blue Origin has launched and landed this particular rocket booster four times. It was the first rocket to cross the Karman line into space and then return to Earth for a vertical landing, and the first reusable rocket of its kind. It will likely be destroyed in the abort system test.

Since the booster will still be toting tons of propellant, the resulting explosion should be pretty spectacular–and perhaps make for a more realistic test environment for the abort system.

However, there is some chance the booster will survive the test. In which case, Bezos says, Blue Origin will reward it with a retirement party and put the booster in a museum.