A probe destined for Mercury ended up rubbernecking Venus

The BepiColombo snapped a selfie during a rare double-flyby, when two spacecrafts passed near Venus within 33 hours. 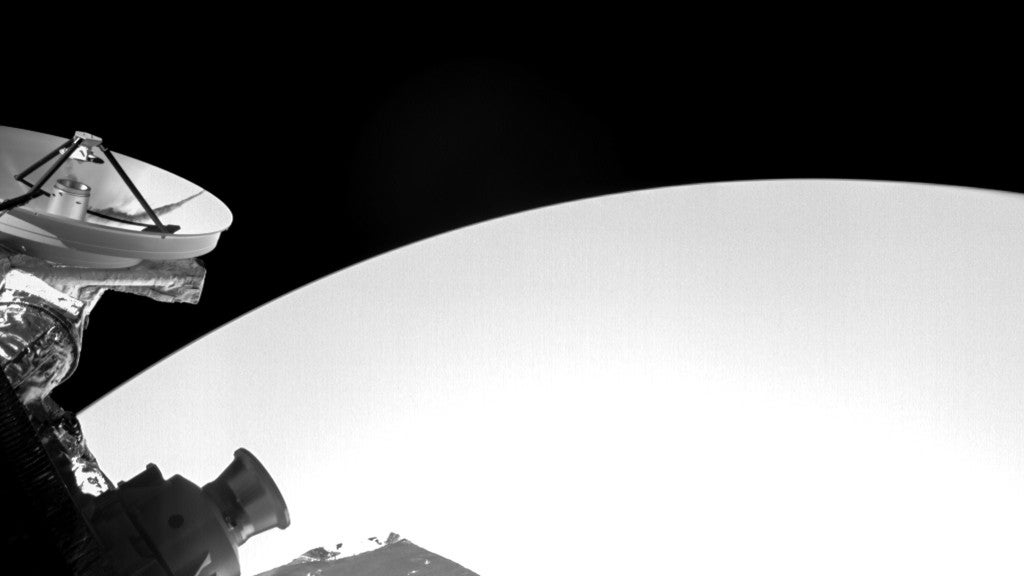 The BepiColombo probe got a rare ussie with Venus. ESA/BepiColombo/MTM
SHARE

A space probe on its way to orbit Mercury just sent home a spooky selfie with Venus, captured during a flyby of the second planet from the sun. Known as BepiColombo, the probe is on a joint mission between the European Space Agency (ESA) and the Japan Aerospace Exploration Agency (JAXA) to gather more information about the planet closest to our star.

The BepiColombo craft is actually made up of three component parts that will separate upon arrival: the Mercury Planetary Orbiter, Mercury Magnetospheric Orbiter, and the Mercury Transfer Module.

In the new image, you can see the Mercury Planetary Orbiter’s antenna and part of the spacecraft body peeking out in front of Venus. The photo was taken yesterday, at 13:57:56 UTC, via the third monitoring camera on the Mercury Transfer Module and has been lightly processed to boost contrast, according to a news release from ESA.

BepiColombo’s Venus flyby occurred within 33 hours of ESA’s Solar Orbiter also skirting the planet. Two missions passing by the same object in such a short timespan is a rare event, and provides an opportunity to study the planetary environment in new ways, according to a news release from Imperial College London.

Yesterday’s Venus flyby was its third of nine total for the composite vessel in transit to its final destination. Previously, the mission also completed another flyby of Venus and one of Earth. Six flybys of Mercury are forthcoming, with the first scheduled for October 1, 2021.

Flybys allow a spacecraft to use a planet’s gravitational pull to fight against the overwhelming gravity of the sun, helping the vehicle to slow down and stay on course. If everything continues according to plan, BepiColombo will make it to its target orbit around our solar system’s smallest planet in 2025.