A look back at the spacecraft's greatest discoveries 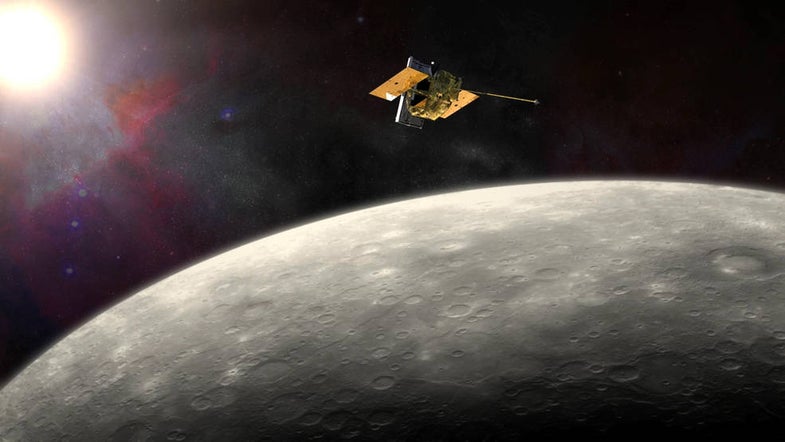 Today’s the day we say “au revoir” to NASA’s resilient MESSENGER space probe. Actually, it’d probably be more appropriate to say “geronimo.” The spacecraft, which has spent the last four years orbiting and studying Mercury, will crash into its planetary host at about 3:26 p.m. EDT.

It won’t be the first time NASA has let a space probe come to a fiery end, but today’s collision will be a time of celebration rather than sorrow. MESSENGER (for MErcury Surface, Space ENvironment, GEochemistry, and Ranging) was really only supposed to be in orbit around Mercury for a year. But after figuring out new ways to conserve its fuel, researchers were able to extend the probe’s lifespan, allowing it to orbit the planet for three more years than expected.

During its time hanging out with the closest rock to the Sun, MESSENGER made some pretty amazing discoveries. Check out some of the probe’s greatest finds: 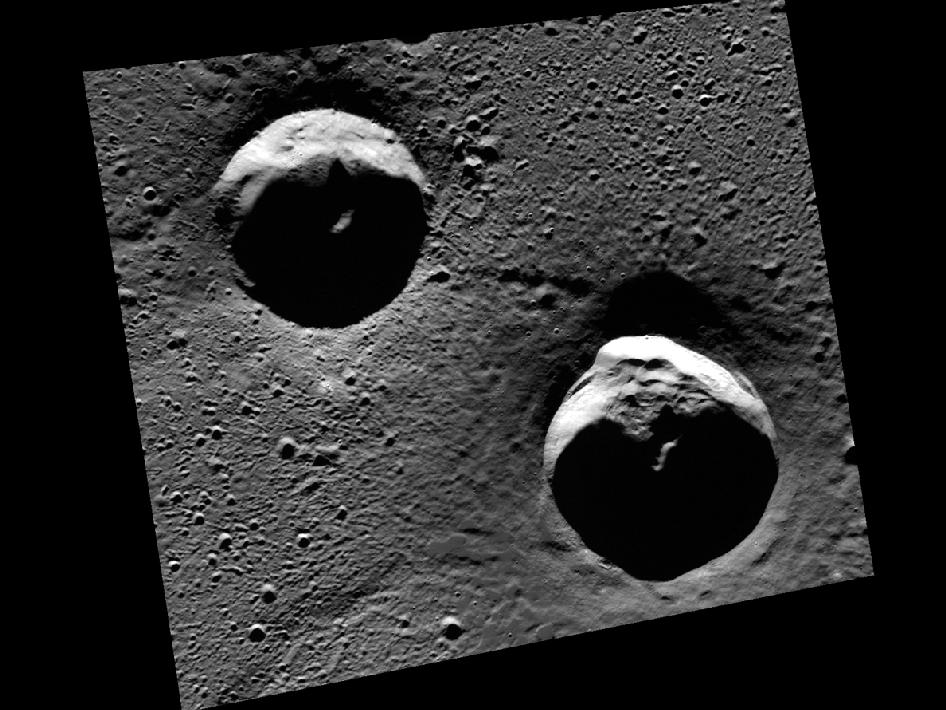 Yes, even the closest planet to the sun is home to frozen water. About 100 billion to 1 trillion tons of it, in fact. To figure this out, the orbiting MESSENGER measured the amount of neutron particles flying off the planet. When fast moving cosmic rays from the Sun hit Mercury, they break apart atoms into their components, sending neutrons hurtling in every direction. Yet speeding neutrons slow down when they hit water, causing the number of neutrons in Mercury’s atmosphere to drop over ice-filled areas. However, you won’t find the ice anywhere near Mercury’s equator, which can reach a balmy 800 degrees Fahrenheit. The frozen ice lingers deep inside craters at Mercury’s poles, where the Sun never shines. 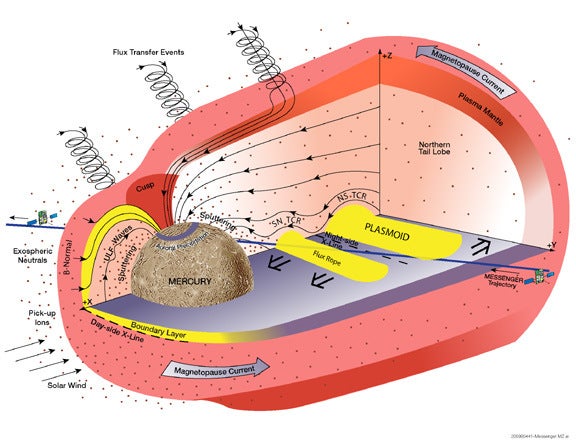 During one of its flybys of Mercury, MESSENGER collected significant data about the planet’s magnetic field. In 2009, researchers used this information to reveal the presence of strange, twisting magnetic “tornadoes”–bundles of magnetic fields connecting Mercury’s magnetosphere to space. Intense solar wind from the nearby sun causes magnetic field lines surrounding the planet to twist together like whirlwinds. “These twisted magnetic flux tubes, technically known as flux transfer events, form open windows in the planet’s magnetic shield through which the solar wind may enter and directly impact Mercury’s surface,” said James Slavin, a co-investigator on NASA’s MESSENGER mission at the time. 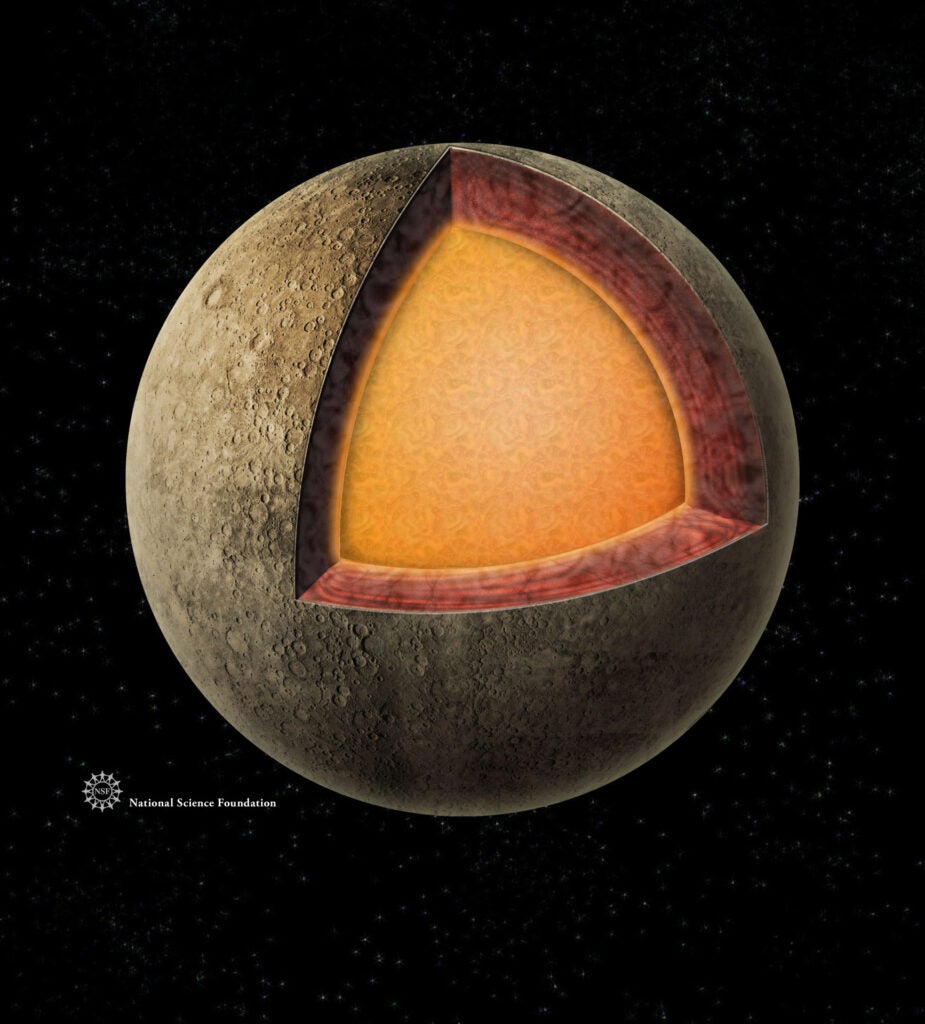 Back in 2007, five-years-worth of data from Earth-based radar revealed that Mercury’s core is at least partially liquid; tiny variations in the planet’s spin rate indicated fluid, rather than solids, sloshing around inside. When MESSENGER came along, the probe used the planet’s field and magnetic fields to paint a more accurate portrait of Mercury’s guts. To NASA’s surprise, the core turned out to be massive, occupying about 85 percent of the planetary radius. And unlike Earth’s insides, which consist of a liquid outer core on top of a solid inner one, Mercury’s layers are bit more complex. “Mercury appears to have a solid silicate crust and mantle overlying a solid, iron sulfide outer core layer, a deeper liquid core layer, and possibly a solid inner core,” said a NASA statement. 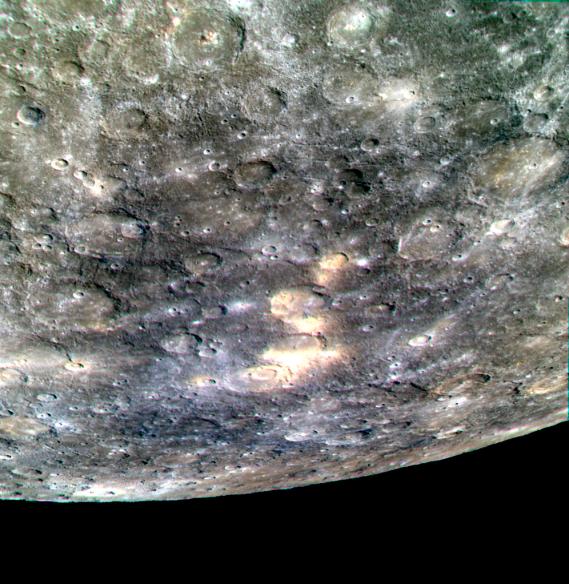 A Long Volcanic Past

After MESSENGER’s first flyby in 2008, researchers saw traces of what they thought to be pyroclastic ash on Mercury’s surface. This suggested that at some point, volcanic eruptions occurred on the little planet–but scientists weren’t sure when or how long they were active. So when MESSENGER began orbiting Mercury years later, researchers took a closer look at these ash deposits as well as the vents that once spewed them. The findings were a bit explosive. Images of the sites showed that some of the pyroclastic vents (yellow spots in the image above) were much more eroded than others, meaning the volcanic eruptions didn’t all happen at the same time. This led researchers to conclude that Mercury experienced active volcanism over a period of billions of years. 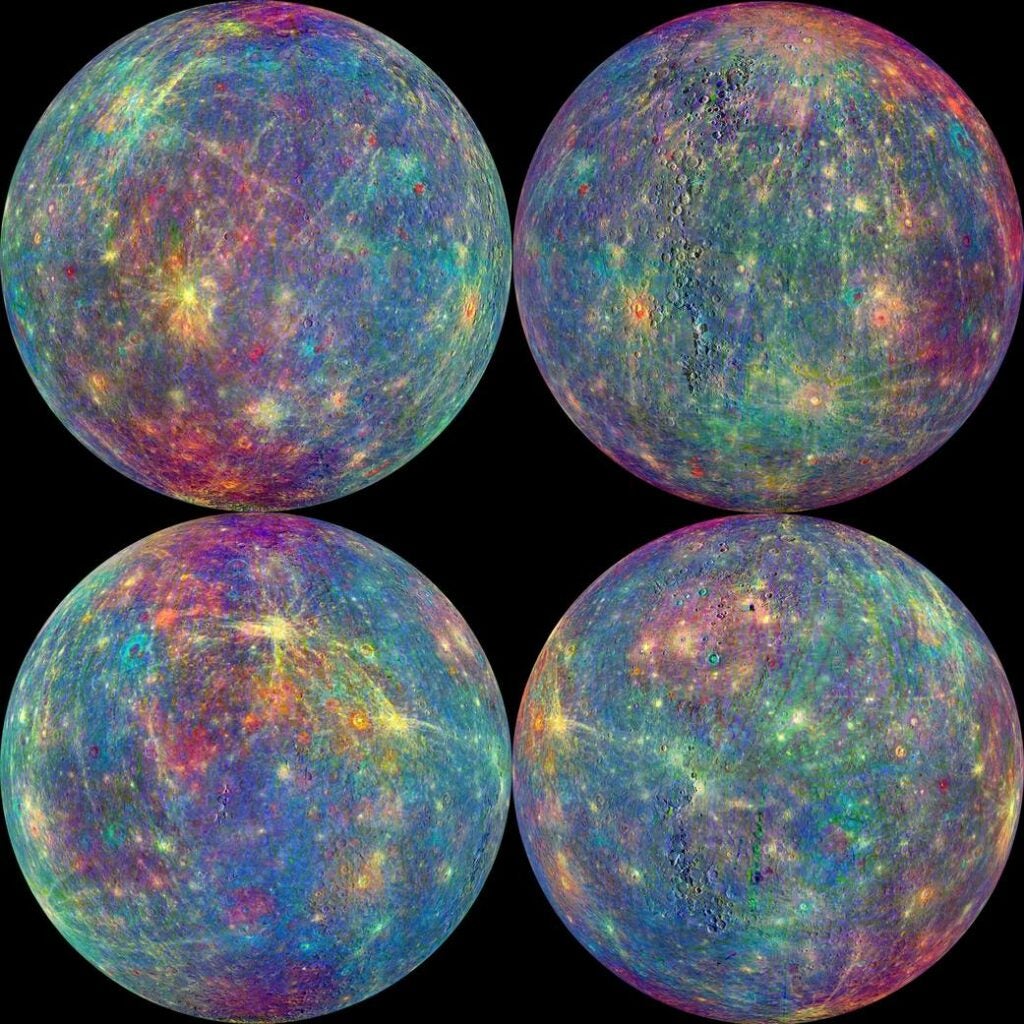 Perhaps the best outcome of MESSENGER’s time at Mercury has been all the amazing images the probe has captured. As a parting gift before MESSENGER meets its impactful demise, NASA released these stunning images of spectral surface measurements showing how the planet’s exterior looks in different wavelengths of light. Taken with MESSENGER’s Visual and Infrared Spectrometer, these maps reveal both physical and chemical variations of Mercury’s terrain.
NASA
Solar System
Space
collisions
mercury
messenger
missions
space probes