The famed rover has collected four samples in from an ancient river delta ion the Red Planet since July 7. 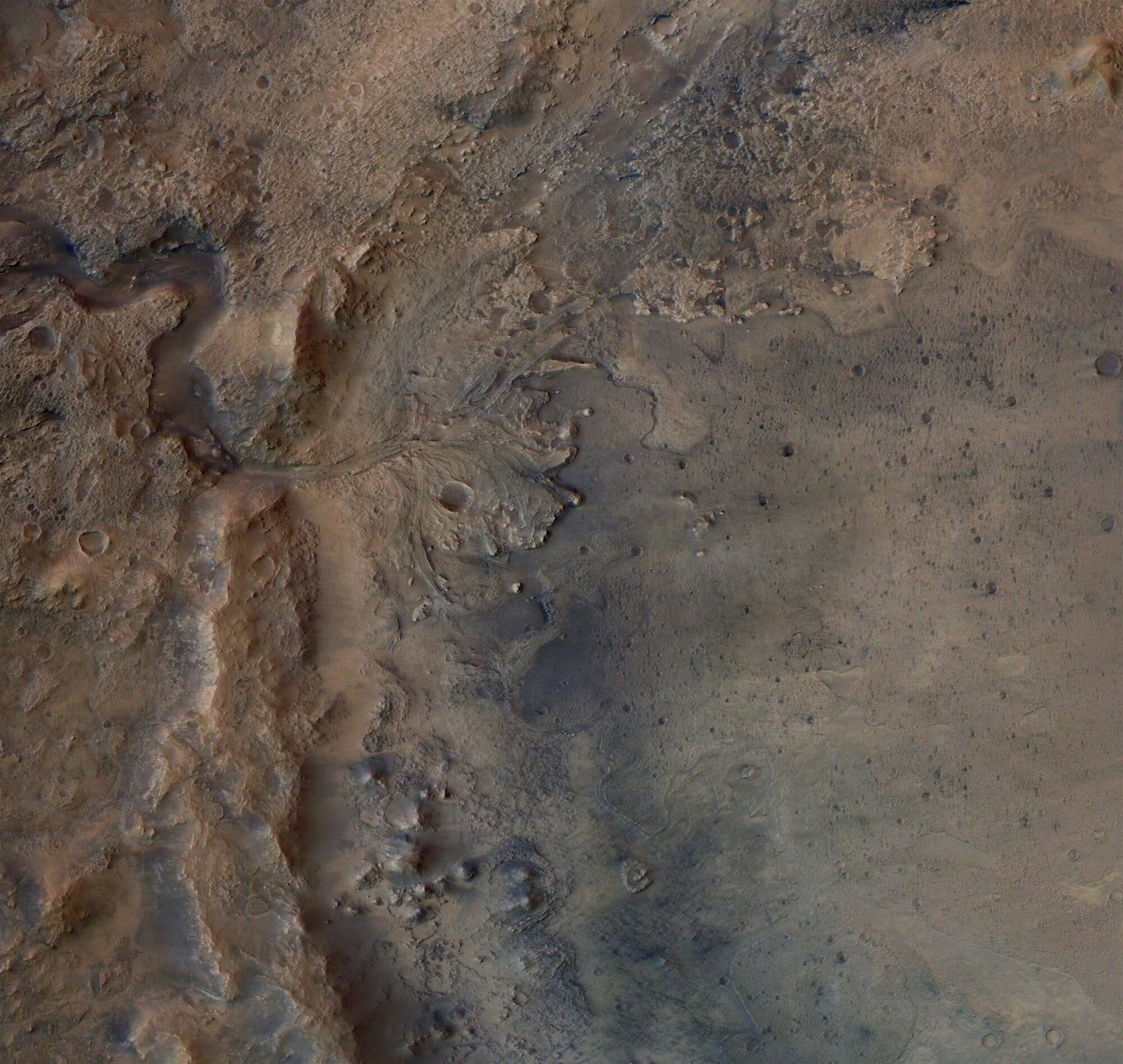 The remains of an ancient delta in Mars' Jezero Crater. ESA/DLR/FU-Berlin
SHARE

The word astrobiology might conjure up images of aliens like the squeaky, claw-fearing aliens from the Toy Story franchise, Star Trek’s logical Vulcan Spock, or the hungry Grogu from The Mandalorian. But the first real signs of life and evolution in the universe will most likely come from microbes and rocks.

Astrobiology is also a key objective for NASA’s Perseverance rover’s current mission. One of the key initiatives of the mission that began when the rover was launched in 2020 is capturing samples that may contain signs of ancient microbial life. The space car is into its second science campaign, collecting rock-core samples in Mars’ Jezero Crater. Scientists have long believed that this 28 mile-wide crater could be a top prospect for finding signs of ancient microbial life on the Red Planet. The rover has collected four samples from an ancient river delta within the crater since July 7, bringing the total number of “scientifically compelling” rock samples from the mission to 12.

“We picked the Jezero Crater for Perseverance to explore because we thought it had the best chance of providing scientifically excellent samples – and now we know we sent the rover to the right location,” said Thomas Zurbuchen, NASA’s associate administrator for science in Washington, in a press release. “These first two science campaigns have yielded an amazing diversity of samples to bring back to Earth by the Mars Sample Return campaign.”

3.5 billion years ago, the Jezero Crater was home to an ancient delta, or a fan-shaped area once at the convergence of a Martian river and a lake. Perseverance is looking at the delta’s sedimentary rocks, which formed when particles of various sizes settled in the once-watery river. The rover explored the floor of the crater during its first science campaign, in 2021, and found igneous rock which form deep underground from magma or during volcanic activity at the planet’s surface.

“The delta, with its diverse sedimentary rocks, contrasts beautifully with the igneous rocks—formed from crystallization of magma—discovered on the crater floor,” Perseverance project scientist Ken Farley of Caltech in Pasadena, California said in a press release. “This juxtaposition provides us with a rich understanding of the geologic history after the crater formed and a diverse sample suite. For example, we found a sandstone that carries grains and rock fragments created far from Jezero Crater—and a mudstone that includes intriguing organic compounds.”

Within the crater, Wildcat Ridge is a rock about 3 feet wide that likely formed billions of years ago as mud and fine sand settled in an evaporating saltwater lake. The rover scraped some of the surface of Wildcat Ridge on July 20 to analyze the area with the Scanning Habitable Environments with Raman & Luminescence for Organics & Chemicals (SHERLOC).

SHERLOC’s analysis show that the Martian rock samples feature a “class of organic molecules that are spatially correlated with those of sulfate minerals.” These sulfate minerals found in layers of sedimentary rock can provide inside into the watery worlds in which they formed.

Organic molecules are made up of a wide variety of compounds, but they are primarily made of carbon and usually include hydrogen and oxygen atoms. Some organic compounds are the actual chemical building blocks of life, and the presence of these specific molecules is considered to be a potential biosignature. These biosignatures are a substance or structure that is possible evidence of past life, but may also have been produced without the presence of life.

[Related: Is there life on Mars? TBD. But scientists found ancient organic matter in the Red Planet’s rocks.]

“In the distant past, the sand, mud, and salts that now make up the Wildcat Ridge sample were deposited under conditions where life could potentially have thrived,” said Farley. “The fact the organic matter was found in such a sedimentary rock—known for preserving fossils of ancient life here on Earth—is important. However, as capable as our instruments aboard Perseverance are, further conclusions regarding what is contained in the Wildcat Ridge sample will have to wait until it’s returned to Earth for in-depth study as part of the agency’s Mars Sample Return campaign.”

In September 2021, the NASA-ESA (European Space Agency) Mars Sample Return campaign began when Perseverance cored its first rock sample. The rover has since collected one atmospheric sample and two witness tubes, all of which are stored in the rover’s belly.