How sticky balls give major league pitchers an advantage

The science behind the spin, explained. 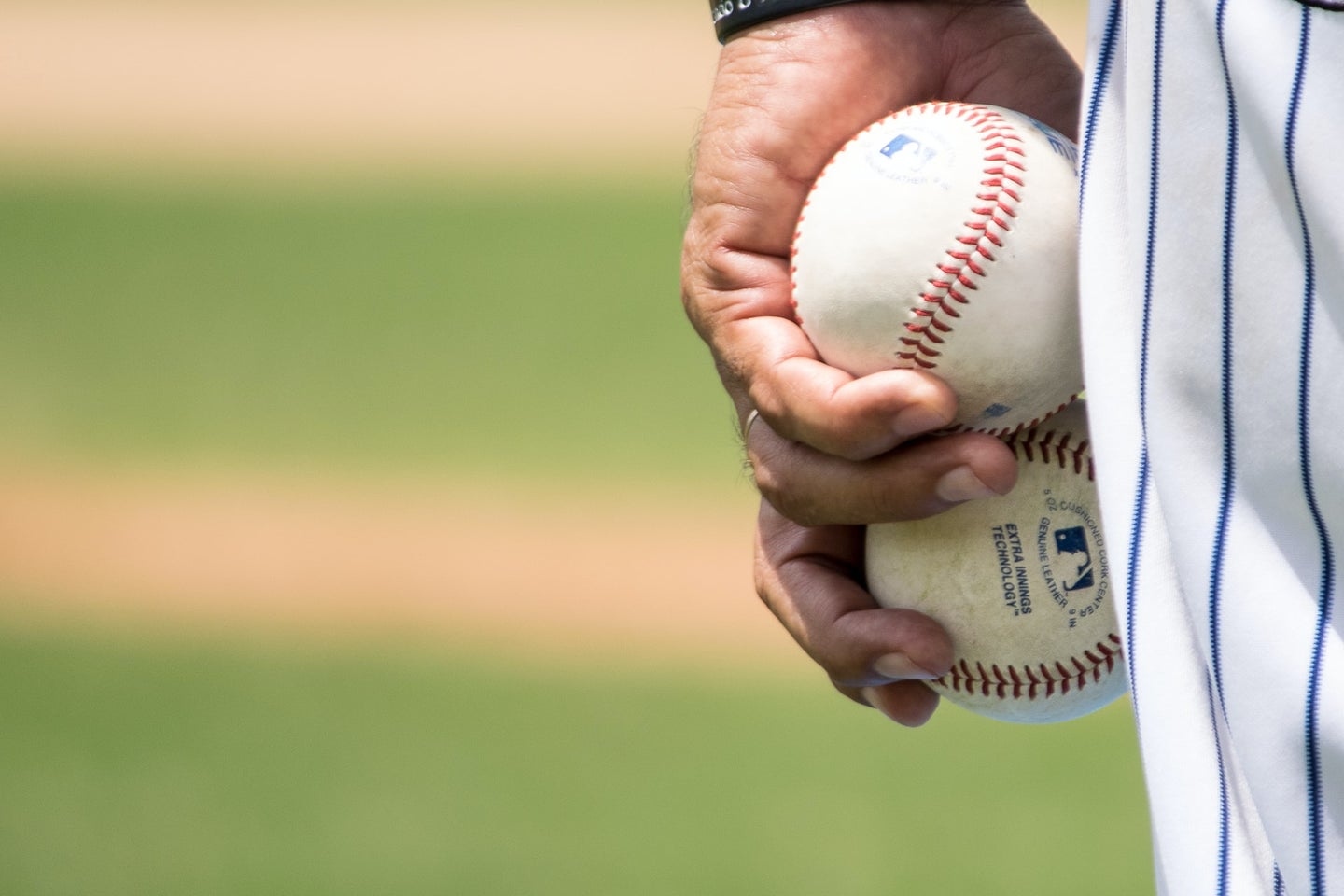 It used to be spit—now it's spin. Jose Morales
SHARE

John Eric Goff is a professor of Physics at the University of Lynchburg. This story originally featured on The Conversation.

Cheating in baseball is as old as the game itself, and pitchers’ modifying the ball’s surface is part of that long history. Adding to the lore of cheating is a new scandal involving pitchers who may be applying sticky substances—what players refer to as “sticky stuff”—to baseballs.

Major League hitters are striking out this season nearly one in every four times they step to the plate, compared with one in six times in 2005.

As a sports physicist and longtime baseball fan, I’ve been intrigued by news reports that applying sticky substances to balls can make pitches spin faster. And if pitchers can throw their fastballs, curveballs, and sliders with more spin than in previous years, their pitches will be tougher to hit. How does science explain all this?

If you want to understand what all the sticky fuss is about, you need to know some friction basics.

You’ve surely tried to unscrew a lid from a stubborn jar. If there isn’t enough friction between your fingers and the lid, you may not be able to exert enough torque—the rotational analog of force—to get the lid to turn. One way to get more torque on the lid is to increase the frictional force. In my home, we keep a circular piece of rubber to increase friction and help open tough jars.

Pitchers want more friction between their fingers and the baseball, and they are supposedly using some interesting substances to accomplish this. According to a recent Sports Illustrated article, “pitchers have begun experimenting with drumstick resin and surfboard wax.” “They use Tyrus Sticky Grip, Firm Grip spray, Pelican Grip Dip stick, and Spider Tack, a glue intended for use in World’s Strongest Man competitions and whose advertisements show someone using it to lift a cinder block with his palm.” That article noted one instance of a ball so sticky players could see fingerprints on it, and another story in which a ball could be stuck to a person’s open hand with his palm facing the ground. All of these sticky substances would increase friction and thus give pitchers a better grip on the ball.

Today’s sticky fingers are the latest attempts by players to gain an unfair advantage. But how does sticky stuff make a pitch harder to hit? It helps increase spin rate.

Unless a pitcher throws a knuckleball, which has very little spin, all baseballs are spinning at well over 1,000 revolutions per minute when they leave pitchers’ hands. That spin creates a force—let’s call it the spin force—that causes baseballs to move and curve in ways that can throw off hitters.

As air smashes into a moving baseball, it doesn’t wrap completely around the ball—it separates off the surface before reaching the back of the ball. Think of water flowing along the sides of a moving boat. The water doesn’t smoothly wrap around the back of the boat—there is a wake of turbulent water behind it. But when a rudder turns the boat, the wake moves off to one side. Newton’s third law says that if the boat pushes water in one direction, water has to push the boat in the opposite direction, causing the boat to turn.

The same idea applies to a spinning baseball. If the baseball is spinning, the wake of air behind the ball will be asymmetric. So the spin force pushes the ball in the opposite direction from which the wake of air is pushed.

Consider an overhand curveball. In this pitch, a Major League Baseball pitcher pulls down on the front of the ball when he releases it, generating topspin. A top-spinning curveball pushes air upward off the back of the ball, just like a wake coming off one side of a boat. Because the ball pushes the wake of air upward, the air’s force on a curveball is downward. Curveballs thus experience a push downward on their way to the plate, all thanks to the spin force.

How effective is sticky stuff?

Here is where the alleged cheating comes in.

As with pitchers in the past, a Major League pitcher today could put sticky stuff on his fingers in the locker room, stick some to his uniform or even get some from a teammate. The substances starring in the current scandal would help create more spin. A good pitcher can throw a curveball at 85 mph with a spin rate of 2,400 rpm with about 20 pounds of friction force between the pitcher’s fingers and the ball. Freely available pitch data shows that some pitchers have increased their spin rate by about 400 rpm on curveballs compared with previous seasons. That’s a 17 percent increase in spin rate and requires a 17 percent increase—or an additional 3 pounds—of friction force coming from sticky substances.

For an overhand curveball, an extra 400 rpm of topspin can lead to more than 2 inches of additional vertical drop—which just happens to be the thickness of the sweet spot of a baseball bat. In other words, a Major League Baseball batter familiar with a pitcher’s curveball might swing where he thinks he’ll make great contact, except because the sticky stuff and extra spin the ball will cross the plate 2 inches lower than the batter expects. He’ll either miss the pitch or hit a weak grounder.

Strikeouts are happening at an all-time high rate and sticky stuff may be one of the culprits. Major League Baseball is already contemplating what to do about all the reports of sticky fingers. Umpires may soon periodically check pitchers during games.

But whatever the league decides, the cat-and-mouse game between players seeking enhanced performance and the league trying to catch them will continue, adding to the rich lore of cheating in baseball.