This Australian behemoth is officially the largest dinosaur on the continent

The wait—and weight—was worth it. 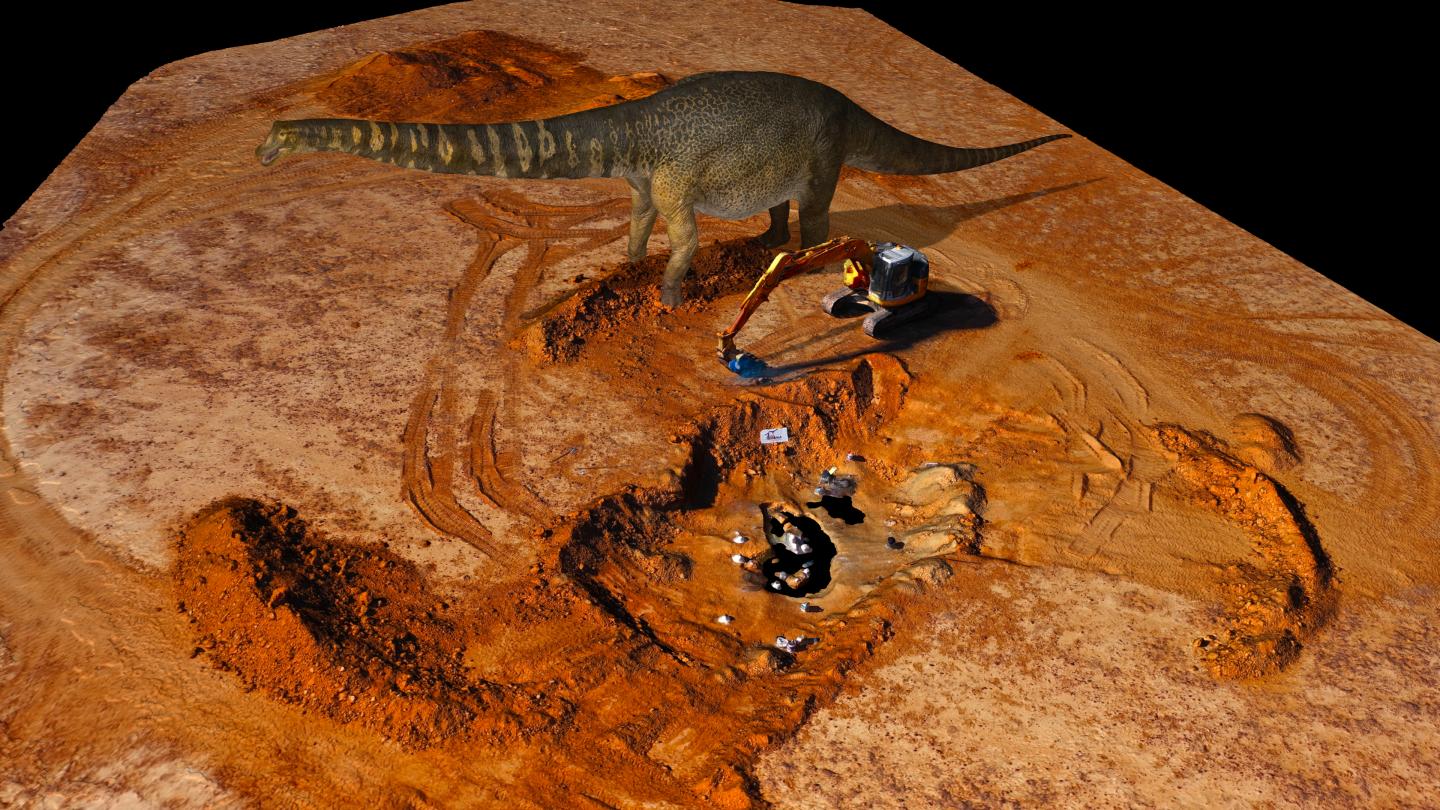 After 15 years of analysis, scientists have finally confirmed the discovery of Australia’s largest known dinosaur species.

The first remnants of Australotitan cooperensis were found in 2006 near Eromanga in southwest Queensland, Australia, by Robyn Mackenzie, a paleontologist at the Eromanga Natural History museum, on her own property. She and her husband nicknamed the then-unknown dinosaur “Cooper,” after Cooper Creek near the discovery site. They then called in collaborators to complete the excavation.

The team unearthed thousands of pounds of bones.

But just digging up the fossils wasn’t enough. The real investigation came after. Based on the bones they collected, the team suspected that this dino was a sauropod, a type of dinosaur previously found in the area (well known sauropods include the brontosaur and the brachiosaurus). But in order to identify just what species Cooper was, scientists needed to methodically compare their found bones to those of previously described species.

“It’s taken this long because it’s such a painstaking piece of work, you’ve got to take the bones out of the ground, you’ve got to prepare the fossils, and then you’ve got to study them and compare them against all other species of dinosaurs worldwide,” Queensland Museum palaeontologist and co-author of the study Scott Hocknull told Australia’s ABC News.

Rather than cart cumbersome loads of fossils around the world, the team turned to 3D scanning technology for analysis. “[It] allowed us to virtually carry thousands of kilograms of dinosaur bones in one seven kilogram laptop,” Hocknull wrote in The Conversation.

Not only did the researchers find that Cooper was not a member of any previously described species, they also officially deemed the Australotitan dinosaur, or the “southern titan,” to be the largest known dinosaur to ever roam the outback. It likely weighed somewhere between 25 and 81 tons. At about 80 to 100 feet long and 16 to 21 feet tall at its hip, Australotitan is also within the top 10 to 15 largest dinosaurs in the world. For comparison, the Tyrannosaurus rex was only about 40 feet long and 12 feet tall.

With those stats, Cooper joins the ranks of the titanosaurs, a group of mega-beasts previously only discovered in South America. It lived between 92 million to 96 million years ago. The findings were published in the journal PeerJ.
Mackenzie told ABC News that Australotitan was just “the tip of the iceberg” and that there are plenty of Australian sites brimming with potential for more fossil excavations. Australotitan was a plant eater, Hocknull noted, “so what was marauding around trying to eat these guys? We don’t have any evidence of that just yet.” Each discovery will help complete the story of Australia’s ancient past.