This fossil isn’t a hummingbird-sized dinosaur, but an unusual lizard

The skulls were preserved and distorted by amber. 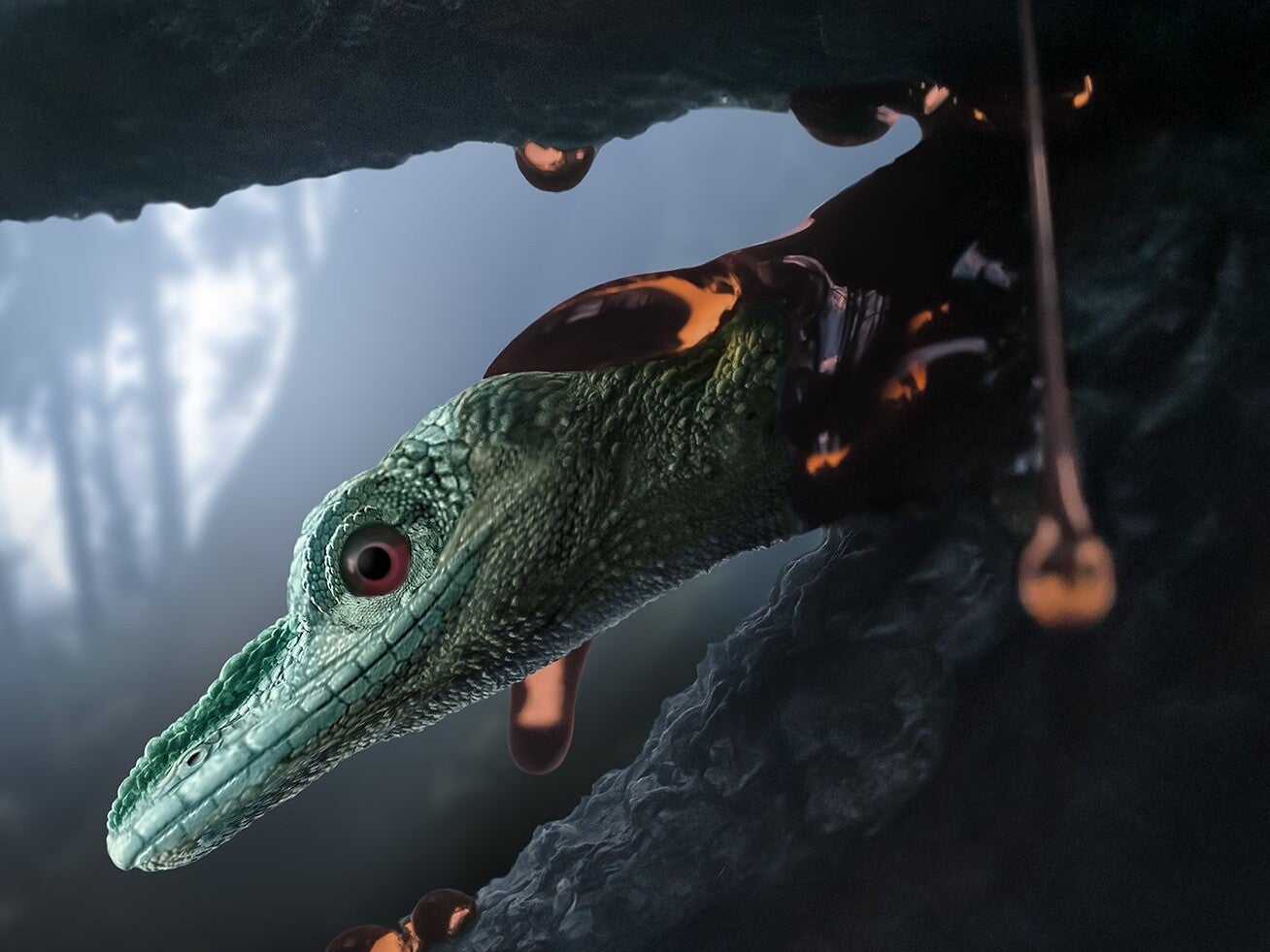 A recently discovered fossil is indeed a strange lizard rather than a small dinosaur.
SHARE

What was once thought to be the smallest dinosaur ever found has now been confirmed to be a lizard.

In March 2020, a Nature paper stirred some controversy when scientists identified a skull encased in 99 million year old Myanmar amber as that of a tiny, bird-like dinosaur. The authors dubbed the specimen Oculudentavis khaungraae, and acknowledged the strangeness of the fossil—most notably, they found the shape of the bones, especially around the eye region, didn’t seem to follow other bird or dinosaur evolutionary patterns.

Following publication, other paleontologists refuted the paper’s findings. Another team of scientists published a preprint in bioRxiv in June of 2020, stating that the skull more closely matched one of a lizard. The Nature paper was retracted in July of 2020. Released as a preprint in August 2020, and now as a fully peer-reviewed study in Current Biology, another study by a third team of scientists confirms that Oculudentavis is a lizard genus.

The new paper is based on another, better preserved specimen—a fossil also from Myanmar, whose skull is about a half an inch long, and also around 99 million years old. Using CT scans and 3D remodeling, the authors concluded that their fossil was a different species in the same genus as O. khaungraae—they called their specimen Oculudentavis naga—and that both species were indeed strange lizards rather than small dinosaurs.

“It’s a really weird animal. It’s unlike any other lizard we have today,” Sam Houston State University herpetologist and study co-author Juan Diego Daza said in a statement. He added that the Cretaceous Period, when these fossils were formed, was when many lizard and snake groups emerged, but “they still hadn’t evolved their modern appearance,” which explains why identifying these fossils can be so challenging. “That’s why they can trick us. They may have characteristics of this group or that one, but in reality, they don’t match perfectly.”

[Read more: This Australian behemoth is officially the largest dinosaur on the continent]

The way the amber fossils were preserved distorted the skulls of both Oculudentavis specimens, which contributed to the original misunderstanding. O. khaungraae’s snout was distorted into a narrower cone shape, giving a birdlike impression, while O. naga’s upper skull was likely flattened during fossilization to appear more lizard-like.

The genus name Oculudentavis, established by the authors of the first Nature paper, means “eye tooth bird” in Latin. Even though that name is technically inaccurate now, Daza told CNN that taxonomic rules for naming and organizing animal species dictate that they have to continue using it. “Since Oculudentavis is the name originally used to describe this taxon, it has priority and we have to maintain it,” Daza said. “The taxonomy can be sometimes deceiving.”