It took 13 years to confirm the weird appendage wasn’t a genetic anomaly. 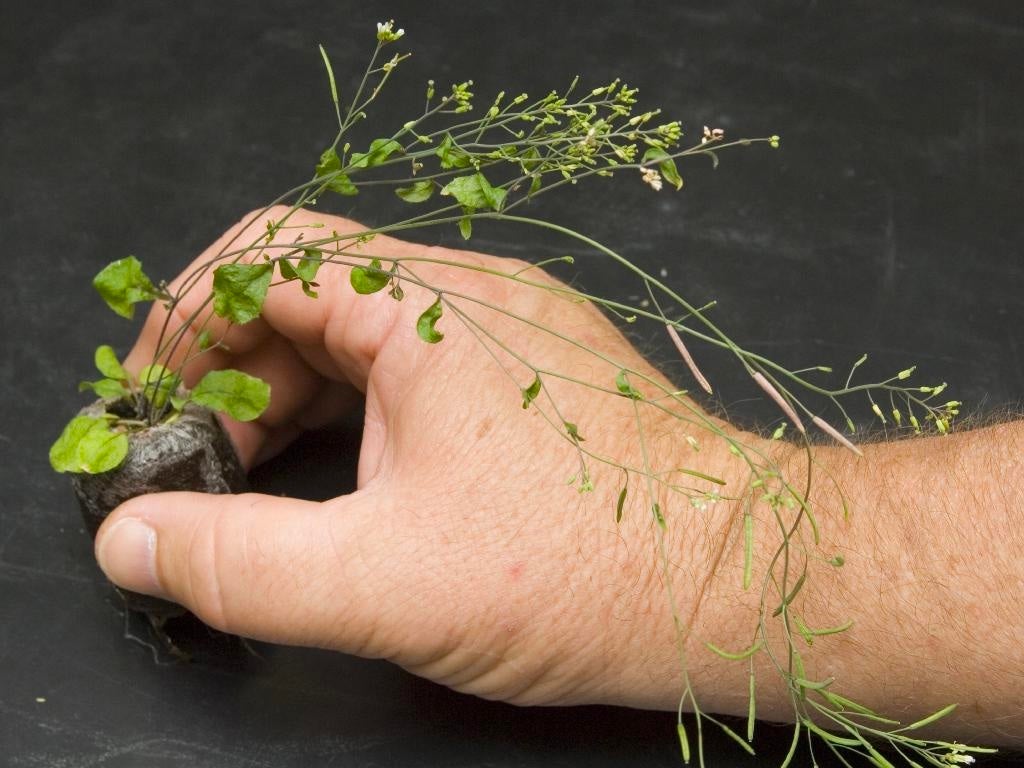 For the past few decades, Arabidopsis thaliana, commonly known as the thale cress, has been the major plant model for scientific studies, featuring in literally tens of thousands of papers. Its relatively uncomplicated genome and short lifecycle make the small, weedlike plant an ideal subject for genetic manipulation and experimentation. And yet, in all those years, no one noticed this botanical workhorse would sometimes sprout a weird, unnamed appendage.

First, some plant anatomy: The central stalk of a flower is called a peduncle. Branching off the peduncle are smaller, flowering stems called pedicels. In certain species of thale cresses, though, given the right conditions, a newly named organ called a cantil will grow. The cantil projects horizontally from the peduncle and then, elbow-like, bends upwards to support the flower-producing pedicels. Researchers named the mystery organ after cantilevers, architectural supports found in structures like bridges.

After more than a decade of inquiry, scientists confirmed that cantils are an entirely distinct part of thale cress anatomy, and not a part of any previously described plant organs. They published their findings in Development.

The lead author of the study, Pennsylvania State University molecular biologist Tim Gookin, first noticed cantils in 2008, while formerly working as a postdoctoral researcher. They piqued his interest, but he dismissed the structures as anomalies, products of some sort of mutation or cross-contamination. But as he continued his research, Gookin noticed these little elbows again and again, including in wild strains. After ruling out effects from soil, water, fertilizer, and air supply, Gookin decided there was nothing anomalous about the cantils—they must be a naturally occurring part of the plant.

“It took over 12 years of experimentation to really get a grasp on what we were seeing and to understand how cantils were regulated,” Gookin said in a statement. “This study required the growth of 3,782 plants to full maturity and the manual inspection of over 20,000 flower-bearing stalks in 34 unique plant lines.”

Arabidopsis, a relative of cabbage and mustard, was first described in the 16th century. In 2000, it was the first plant to have its genome sequenced. These intrepid weeds have been grown on the International Space Station, and China even sent some to the moon. The fact that this plant has been standing center stage in the science world for so long and yet has an organ that was undiscovered is quite shocking to many scientists.

“If you told me of a new organ in a weird plant in Amazonia, I wouldn’t be surprised at all,” François Parcy, a plant biologist at CNRS in Paris who was not involved in the study, told Science News. “What struck me is this happened in Arabidopsis. This is something that’s really surprising.”

Cantils went undetected for so long probably because they require pretty specific conditions to form. Delays in flowering prompt their growth, which usually occurs in spring when daylight hours are short. The elbow-like offshoots then emerge when Arabidopsis is at the cusp of flowering, jutting out to support the plant as the flowers start to bloom. But when light shines all day long, like in the conditions of a lab, cantils are a no-show.

It’s still unclear what, if any, evolutionary advantage cantils provide to thale cress plants. Regardless, the discovery is exciting to Gookin, who exclaimed to National Geographic, “There are still things to find out there!”