The navigation system will also work alongside the moon's future internet, LunaNet. 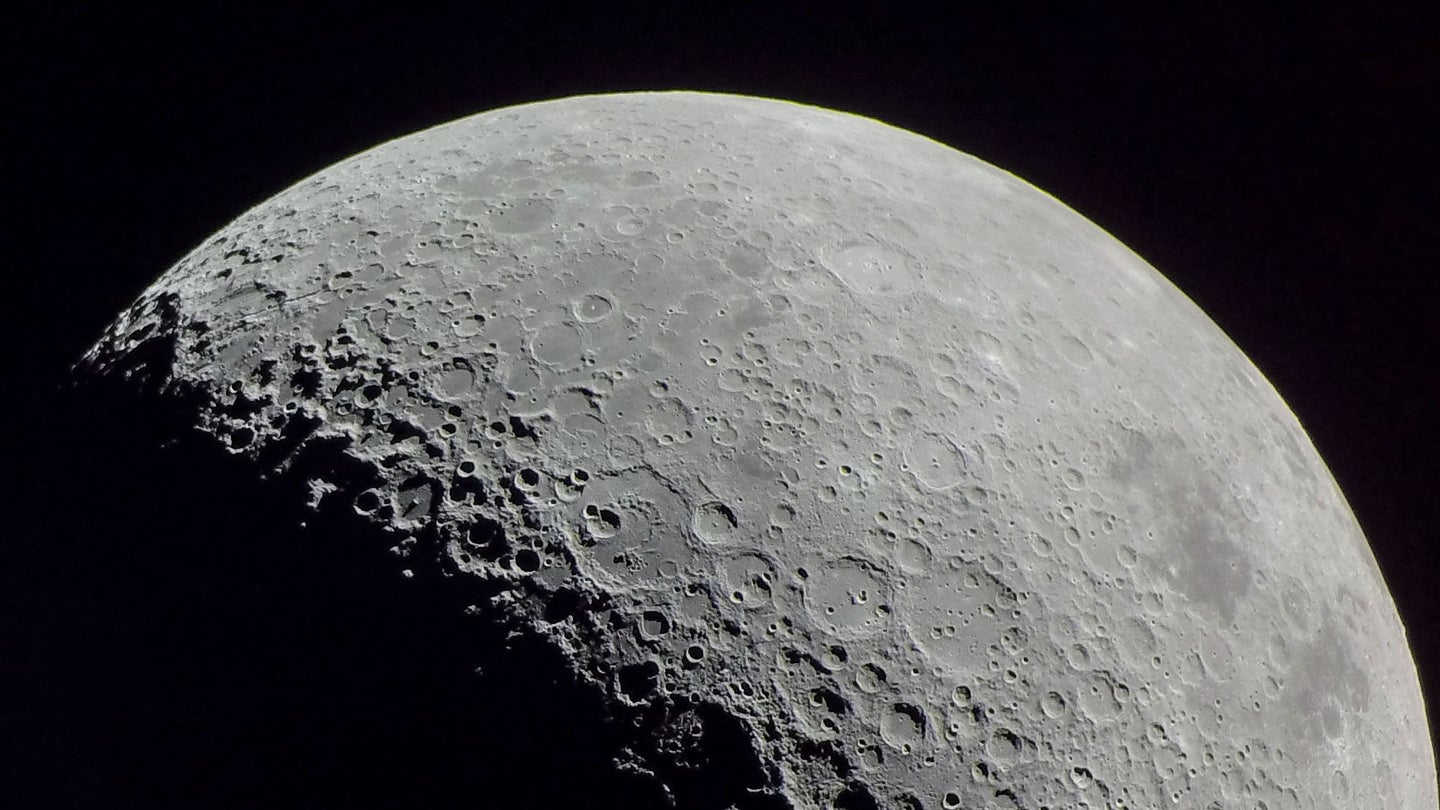 Landing back on the moon is in reach, but humans will need some assistance with directions to further explore the landscape. NASA Johnson
SHARE

For years, scientists have been working out ways to navigate across the lunar surface, a task that’s been a herculean undertaking without tools like the GPS we have on Earth.

Since the moon has a much thinner atmosphere than Earth, it’s difficult to judge both the distance and size of faraway landmarks as there’s a lack of perspective from the horizon. Trees or buildings on Earth offer hazy but helpful points of reference for distance, but such an illusion is impossible on the moon. Additionally, without an atmosphere to scatter light, the sun’s bright rays would skew the visual and depth perception of an astronaut on the moon, making it a real challenge to get around the vast, unmapped terrain.

On Earth, “we have GPS, and it’s easy to take advantage of that and not think about all the technology that goes into it,” says Alvin Yew, a research engineer at NASA’s Goddard Space Flight Center in Greenbelt, Maryland. “But now when we’re on the   moon, we just don’t have that.”

Inspired by previous research on lunar navigation, Yew is developing an AI system that guides explorers across the lunar floor by scanning the horizon for distinct landmarks. Trained on data gathered from NASA’s Lunar Reconnaissance Orbiter, the system works by recreating features on the lunar horizon as they would appear to an explorer standing on the surface of the moon.

“Because [the moon] has no atmosphere, there’s not a lot of scattering of the light,” says Yew. But by using the outline of the landscape, “we’re able to get a very clear demarcation of where the ground is relative to space.”

[Related: With Artemis, NASA is aiming for the moon once more. But where will it land?]

Yew’s AI system would be able to navigate using geographic features like boulders, ridges, and even craters, whose distance would normally be difficult to accurately locate for a person. These measurements could be used to match features identified in images already captured by astronauts and rovers, in a similar way to how our GPS spots locations on Earth. Developing GPS-like technology that’s specifically tuned to help explorers get around the moon is especially important for supporting autonomous robotic operations, Yew says. Now that NASA’s Artemis I mission recently finished with a successful splashdown earlier this month, such technology will also be needed for humans to return to the moon in the not-so-distant future. When astronauts of the upcoming Artemis III mission make landfall, having handheld or integral systems to help conquer the new terrain could be the deciding factor in how far (and how well) they can explore, both on the moon and beyond.

“NASA’s focus on trying to get to the moon, and eventually to Mars someday, requires an investment of these vital technologies,“ says Yew. His work is also planned to complement the moon’s future “internet,” called LunaNet. The framework will support communications, lunar navigation operations, as well as many other science services on the moon. According to NASA scientists, the collection of lunar satellites aims to offer internet access similar to Earth’s, a network that spacecraft and future astronauts can tap into without needing to schedule data transfers in advance, like space missions currently do.

Cheryl Gramling, the associate chief for technology of the mission engineering and systems analysis division at NASA’s Goddard Space Flight Center, says the moon is a testbed where we can take lessons learned from our planet, and see how they translate to deeper space exploration.

“You also don’t have the fundamental infrastructure that we’ve built up on the Earth,” she says. The moon is like a blank slate: “You have to think about, well, ‘what is it that you need?’”

Much like how different internet providers allow their customers access to the web and other services, Gramling says that NASA, as well as other space agencies like the ESA or JAXA, could come together to comprise LunaNet. “It’s extending the internet to space,” she says. These “providers” (in this case, space agencies like NASA, ESA, and JAXA) would be able to communicate with each other and share data across networks, much like different pieces of the Global Navigation Satellite System (GNSS) are able to work in tandem.

“Looking at what we have implemented on Earth and taking it over to the moon is a challenge, but at the same time, it’s an opportunity to think of how we make it work,” says Juan Crenshaw, a member of NASA Goddard Space Flight Center’s navigation and mission design branch. The goal, he says, is to create a network that isn’t constrained to one single implementation or purpose, and enables standards and protocols for diverse users. “If we build an interoperable service, it allows us to provide better coverage and services to users with less assets, more efficiently.”

[Related: Is it finally time for a permanent base on the moon?]

But LunaNet is still a long way from coming online—it’ll be some time before astronauts can download games or stream their favorite space movie like they’d be able to on Earth. While LunaNet’s service volume is currently being designed to cover the entirety of the moon up to an altitude of 200 kilometers (about 125 miles), Yew says his AI could be a backup to a rover or astronaut’s navigation capabilities when the network experiences disruptions, like power or signal outages. According to NASA, Yew’s work could even help explorers find their way during similar interferences on Earth.

“When we’re doing human expeditions, you always want [backup systems] for very dangerous missions,” says Yew. His AI is “not tied to the internet, per se, but [it] can be.” Though the AI is still only in development, Yew would like to continue making improvements by testing the system in a simulated environment before hopefully utilizing real lunar landscape data from one of the Artemis missions.

“We want to test the robustness of the algorithm to make sure that we’re returning solutions that are global, meaning I can throw you anywhere on the moon, and you can locate anywhere,” he says. “And maybe if that’s not possible, we want to test the limits of that too.”