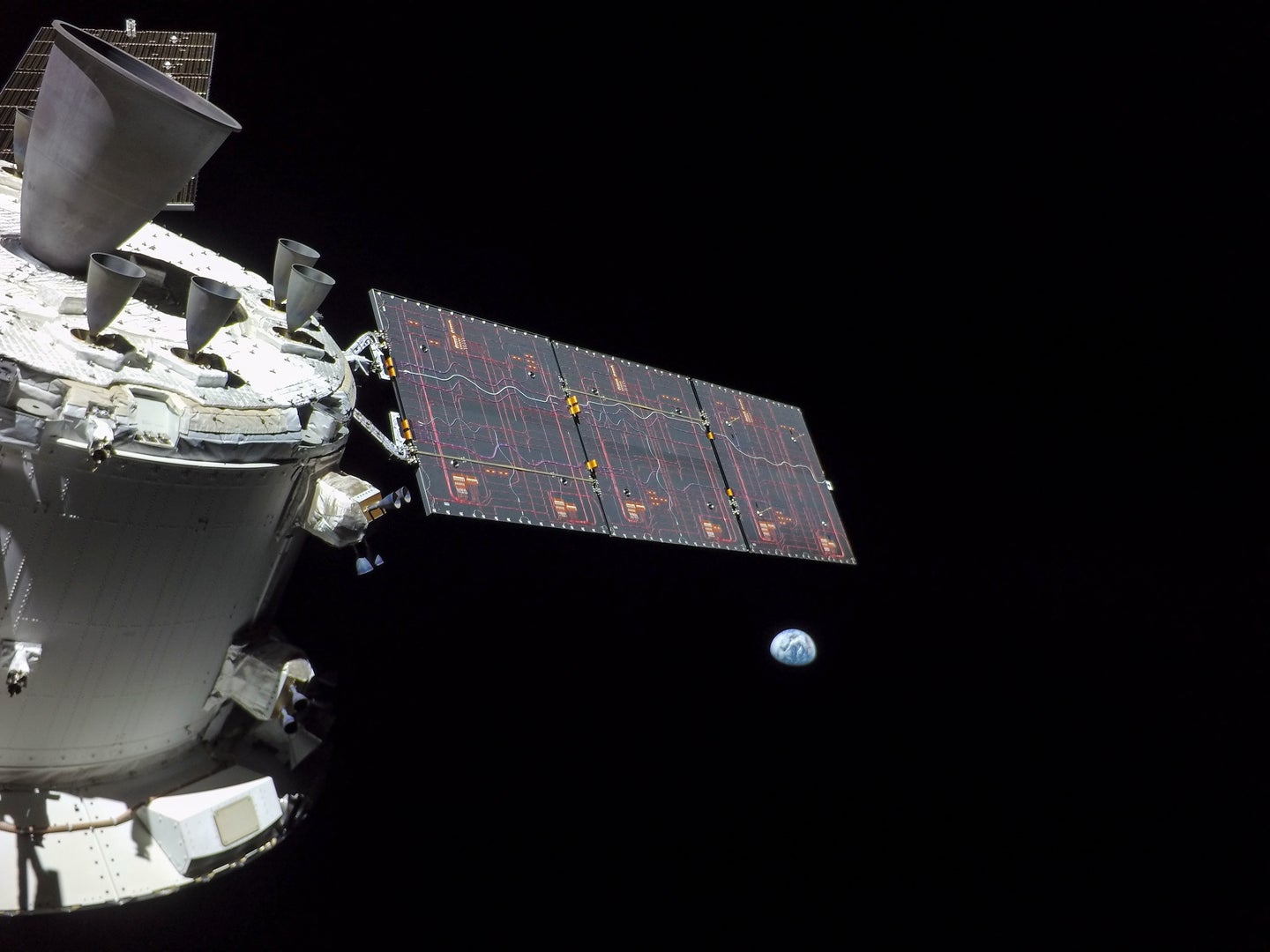 Orion's all-new solar array allows two modes of maneuverability, which could be key to powering long-distance spaceflights in the future. NASA
SHARE

An essential part of any space mission is power. If a spacecraft runs out of energy, the communications go down, the craft becomes unsteerable, and life support systems shut off—a scenario that’s the stuff of sci-fi nightmares.

For a spacecraft, the sun is a particularly vital supplier of energy, and the recent Artemis I mission proved just how powerful it can be to harness solar energy in space. During the nearly month-long flight around the moon, NASA tested all functions of the uncrewed spacecraft, including the Orion crew capsule’s innovative solar panels. The vehicle’s solar panels exceeded expectations, proving themselves to be a key technology for the future of human space exploration.

[Related: Welcome back to Earth, Orion]

Engineers from ESA and the European company Airbus collaborated with NASA and Lockheed Martin to build the Orion spacecraft, the component that separates from the launch rockets and will ferry astronauts to their destination and back during subsequent Artemis flights. The Paris-based agency’s main contribution to Orion is the European Service Module, which houses the solar panels and other critical systems.

Orion has four wings, each nearly the length of a British double-decker bus, that unfolded 18 minutes into its journey while still in low-Earth orbit. Each of these wings holds three gallium arsenide solar panels, a particularly efficient and durable type of solar cell made for space. Together, the four wings generate “the equivalent of two households’” worth of power, according to Berthe.

This type of solar cell is commonly used by military and research satellites. What’s innovative about Orion’s panels is how they’re maneuvered. “Usually solar arrays have only one axis of rotation so that they can follow the sun,” says Berthe. The ones on the capsule, however, can move in two directions, folding up to withstand the pressures of spaceflight and the heat of Orion’s powerful thrusters.

During Artemis I’s 26-day mission, the combined NASA and ESA team tested all aspects of the solar panels, including their ability to rotate, unfold, and produce power. According to Berthe, the panels worked so well they provided 15 percent more power than what engineers had projected. That has consequences for future Artemis missions: “Either the size of the solar arrays could be reduced,” he says, “or they could provide more power to Orion.” Smaller solar arrays could reduce the cost of missions, but more power could allow for additional capabilities onboard the crewed spacecraft.

These nimble solar panels are also equipped with cameras on their wingtips, which Matthias Gronowski, Airbus Chief Engineer for the European Service Module, likens to a “selfie stick” for the mission. These cameras have provided incredible images of the spacecraft as it cruised between the moon and Earth, and can even help the mission engineers inspect the spacecraft for damage. Because the arrays are maneuverable, they act like robotic arms, providing a “chance to inspect the whole vehicle,” says Gronowski.

[Related: These powerful solar panels are as thin as human hair]

Artemis I is NASA’s first step in testing the technology needed to return humans to the moon, and eventually venture further to Mars using the Orion crew capsule. The new lunar program plans to carry humans beyond low-Earth orbit, where the International Space Station resides, for the first time since the 1970s, including the first woman and first person of color to set foot on the moon.

The solar panels are one part of the pioneering technology of Artemis and Orion, and this first test flight proves they are a reliable technology for distant space travel. Moveable arrays like those on Artemis I will be key for future missions that require even more powerful engines, allowing the panels to shift into a protective configuration as the spacecraft speeds up.