To recruit the best of the best, the agency has realized it should consider all genders. 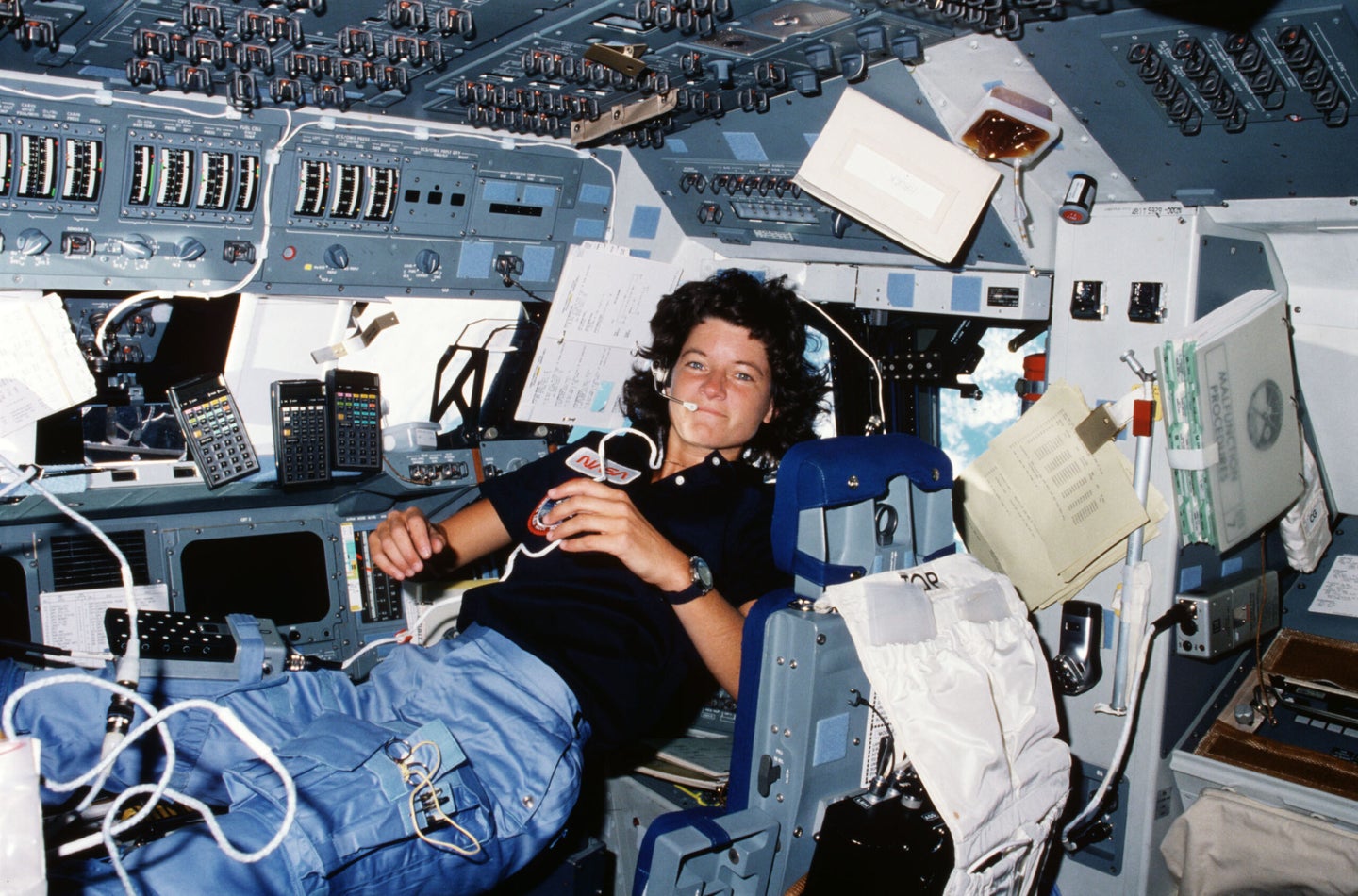 Sally Ride, the first American woman in space, lamented the attention she got from the press. After enduring sexist questions about whether she wept when things went wrong, or what her thoughts on motherhood were, she looked forward to a future where women could fly without anybody noticing.

“It’s too bad that we’re not further along, that it’s [not] a normal occurrence for a woman to go up on a space shuttle flight,” she told a NASA historian in 2002. “It’ll be a wonderful day when this isn’t news.”

These days, women flying aboard the International Space Station has become as unremarkable as Ride hoped it would. But plenty of milestones remain before the title “astronaut” can completely shed its historically sex-biased connotations. Last week saw another such milestone reached, as Christina Koch and Jessica Meir donned spacesuits and left the International Space Station for NASA’s first all-woman spacewalk, a moment that represents both decades of the space agency relying increasingly on women, and a sign that it will continue to do so in the future.

“It was something that occurred not because NASA was interested in a stunt or the publicity,” says Margaret Weitekamp, a space historian at the Smithsonian National Air and Space Museum, “but because the women who were prepared for the work, who were trained, who’d gotten the flight assignments, were next in line to do this.”

It’s a place the space agency has taken nearly sixty years to reach.

The Soviet Union holds most early space records, and the title of “first country to put a woman in space” is no exception. Valentina Tereshkova spent nearly three days orbiting Earth in 1963, two years after Yuri Gagarin became the first human in space. But the Soviet government was more interested in chasing firsts than it was in sustainably integrating women into its body of cosmonauts. No woman of any nationality would leave the planet again for nearly 20 years, when Svetlana Savitskaya flew to the space station Salyut 7 in 1982.

During the space race, NASA’s narrow, intense focus on reaching the moon made it difficult to spare much thought to recruiting outside of a small pool of elite Air Force test pilots. The result was a remarkable but uniform band of astronauts, the Mercury Seven. They resembled each other so much,“they in fact learned to line up by alphabetical order so the press would get their names right in the caption,” Weitekamp says.

Inspired by the practical observation that smaller astronauts would better fit into compact spacecraft, a pair of researchers in the 1960s did invite 19 women pilots to undergo the same physical and medical poking and prodding that the first astronaut class had suffered. The women passed at a higher rate than the men had, but the program ultimately clashed with NASA’s requirement that all astronauts hold degrees from military piloting programs—an impossible bar given that the Air Force prohibited women from serving in combat positions.

By the time Apollo ended, however, a combination of legal and social pressure made continuing to recruit exclusively men pilots an intolerably bad look. The upcoming space shuttle would also need researchers as well as pilots, so the agency sidestepped its military requirement by creating the “mission specialist.” Political expediency aligned with the need for a new flavor of the right stuff to produce the eighth astronaut group, which, although it somehow received the nickname “Thirty-Five New Guys,” featured six women when it was announced in 1978.

One of those “new guys,” Sally Ride, did experiments from the space shuttle and helped launch two communication satellites in 1983. She became the first American woman in space, and consequently the first American woman to have to explain to a mainly male engineering team that she wouldn’t need makeup, and that 100 tampons would more than suffice for her week in orbit. (“You can cut that in half with no problem at all,” she told them.)

The Air Force, for instance, lifted its ban on women serving in combat in 1993, paving the way for Eileen Collins to become the first woman to pilot the space shuttle in 1995, and then to command it four years later. Now more women serving at all levels of the military have expanded the pipeline enough for the emergence of elite candidates like astronaut Anne McClain, a West Point graduate and Marshall scholar with helicopter combat experience. “She has a resume as a pilot, as a scholar, and as a military person that frankly most of the Apollo astronauts could not have rivaled,” Weitekamp says.

Internally, NASA is also interested benefiting from the stronger group dynamics that diverse teams enjoy. A flood of social science backs up the intuition that groups of people from different backgrounds create a more efficient marketplace for ideas, from ethnically diverse teams being better able to spot stock market bubbles, to gender diverse teams creating more new products. One analysis even found a direct correlation between executive diversity (racial and ethnic) on a company’s board, and that company’s earnings. When you’re going to space you want every edge available, so NASA and the aerospace industry are following that science, Weitekamp suggests. Plus, it’s just the right thing to do.

And now that the floodgates are open, they’re unlikely to stop anytime soon. NASA currently aims to land the first woman on the moon in the next decade, and NASA Administrator Jim Bridenstine recently said that the first person on Mars could be a woman. Accomplishing either of those goals, Weitekamp suggests, will really require a significant level of balance between the sexes. “To do that you don’t just pick one person and run them forward,” she says, “you really want to have a deep pool of talent.”

Maybe then, once NASA’s astronaut ranks run deep with nothing but badass scholar-warriors from all walks of life, Ride’s hope for women in space to stop making headlines will come true. “We’re not quite there,” Weitekamp says, “but we’re closer than we would think.”