Katherine Johnson, whose calculations enabled the first moonwalk, dies at 101

The gender-equality trailblazer was trusted like a “human computer.” 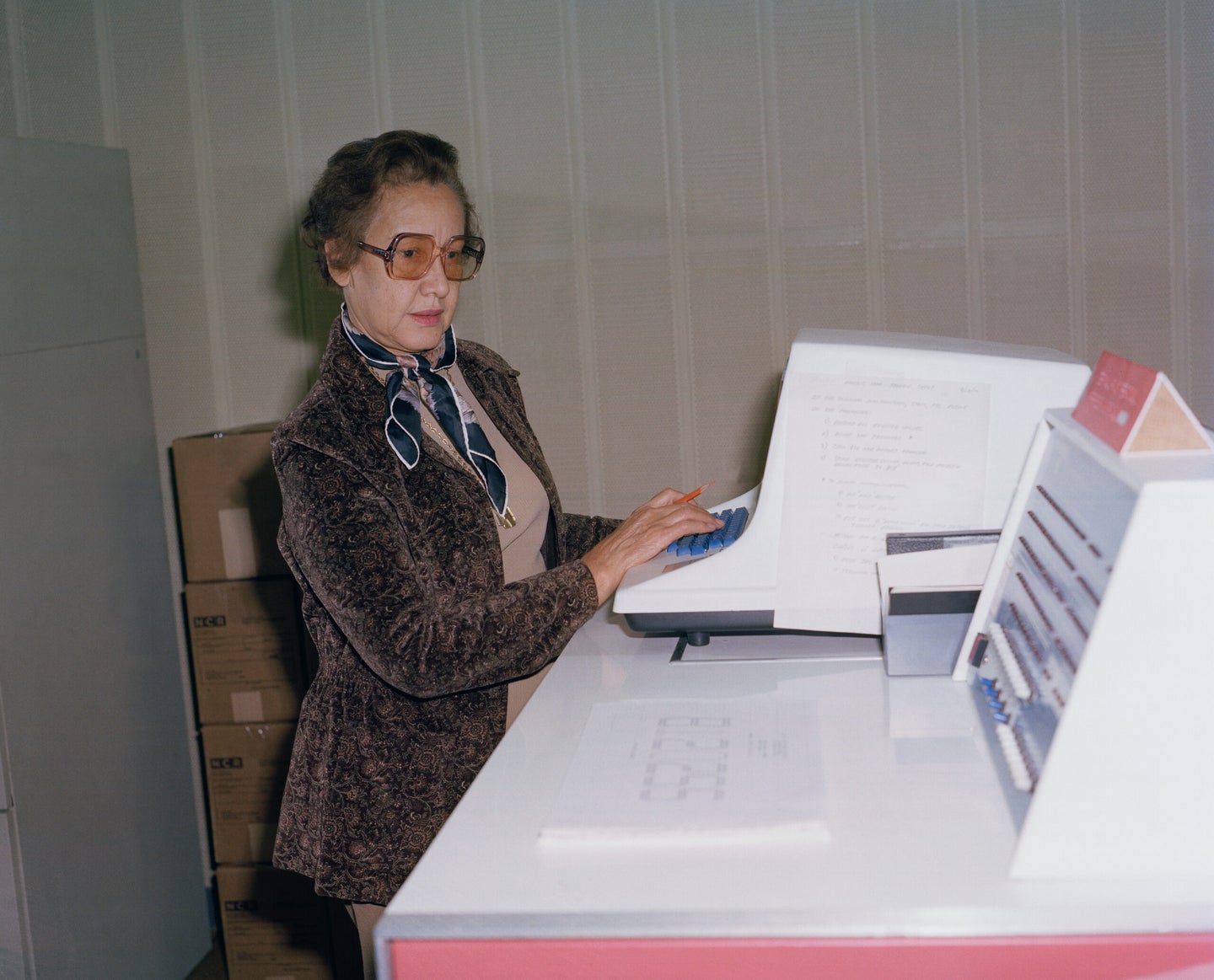 NASA mathematician and trailblazer Katherine Johnson has died at 101 years old. Johnson was among the first black women to work at the space agency as well as at its predecessor, the National Advisory Committee for Aeronautics. Among her many achievements, Johnson computed the flight path that Neil Armstrong and his fellow Apollo 11 crew members would take to make their historic trip to the moon and back.

Johnson was coincidentally born on Women’s Equality Day in White Sulphur Springs, West Virginia. She was “simply fascinated by numbers,” starting at an early age, according to NASA. Her local school system only provided education for black students until eighth grade, so Johnson’s family moved 120 miles away to enroll her in high school. She then skipped enough grades to graduate college at 18 years old.

After years as a teacher, in her mid-30s, she began working as a “human computer,” performing calculations for the Mercury, Apollo, and Shuttle programs. She was so respected by her peers that “John Glenn requested that she personally re-check the calculations made by the new electronic computers before his flight aboard Friendship 7—the mission on which he became the first American to orbit the Earth,” NASA wrote.

Johnson went on to spend 33 years in NASA’s Flight Research Division, the office that launched the American space program. There, she and colleagues wrote an entire textbook on space mission mathematics because no such reference work previously existed.

Over the decades, she worked with several hundred educated female mathematicians at NASA, the New York Times reports. Johnson was one of about three dozen black women working for the space agency and its precursor, the National Advisory Committee for Aeronautics (NACA).

For all her legendary achievements and obstacles she had to overcome, her identity remained obscure over the twentieth century, though Johnson has received her due recognition over the past decade. In November 2015, President Barack Obama awarded her the Presidential Medal of Freedom, the country’s highest civilian honor. Two years later, NASA named a new building after Johnson on the 55th anniversary of John Glenn’s trip into space—her calculations made the voyage possible. The national space agency named a bench after Johnson in 2016, which sits outside her former workplace at NASA’s Langley Research Center in Hampton, Virginia.

In 2016, the film Hidden Figures portrayed Johnson (played by Taraji P. Henson) and her colleagues Dorothy Vaughan and Mary Jackson (portrayed by Octavia Spencer and Janelle Monáe, respectively). The movie won the Screen Actors Guild Award for outstanding performance by a cast in a motion picture and was nominated for an Academy Award for Best Picture.

Late in her life, Johnson regularly met with children to promote math and science careers.