Resveratrol might mitigate the muscle loss seen in low-gravity environments. 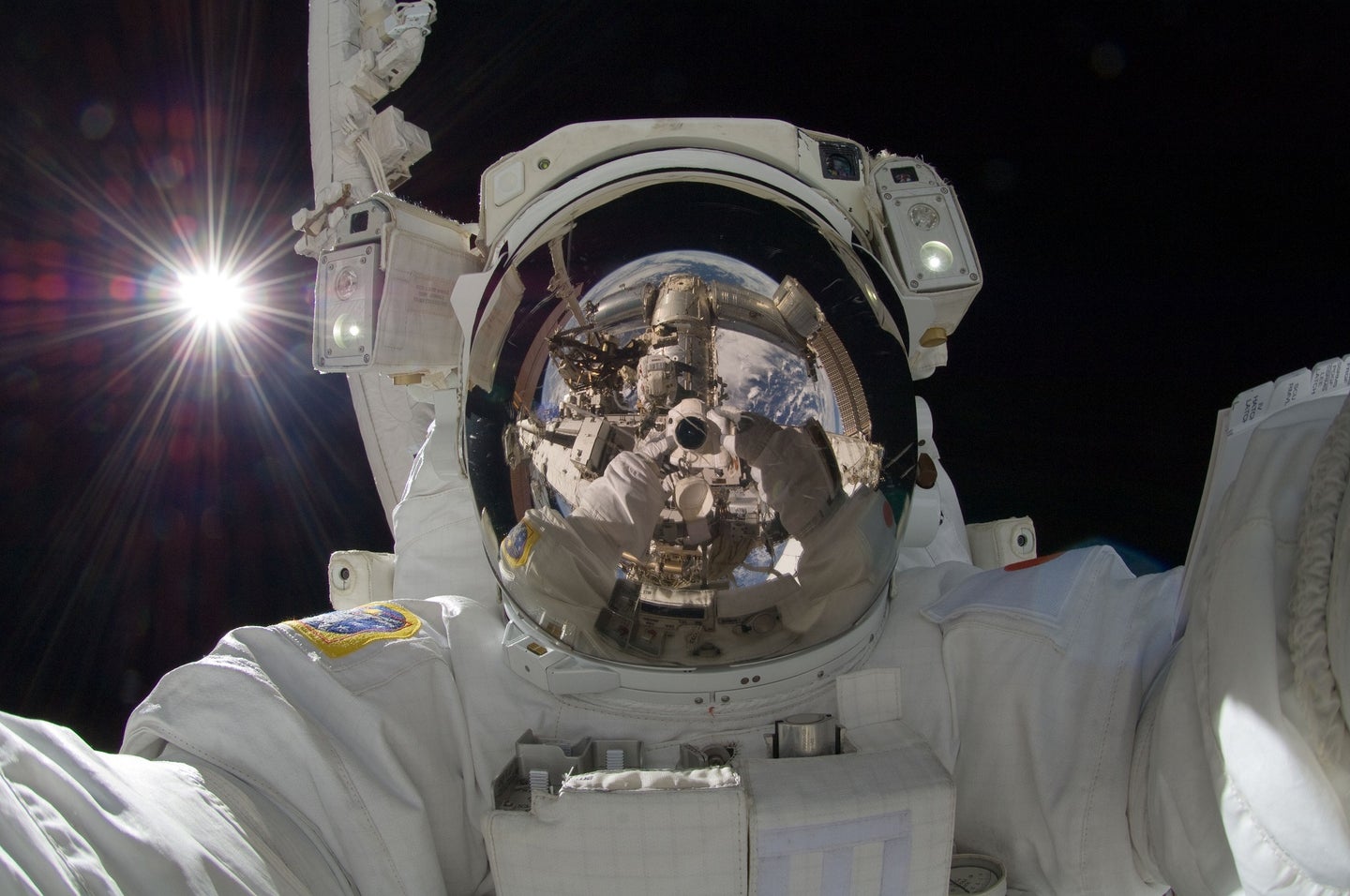 It turns out resveratrol, the miracle compound in red wine that’s been linked to fighting cancer, preventing bone density loss, and increasing longevity, might be just what the Martian doctor ordered. A new study published in Frontiers in Physiology suggests resveratrol could help future astronauts withstand some of the downsides of a low-gravity lifestyle.

The red planet’s gravitational pull is a little over one-third of Earth’s, which is far from ideal for making sure people can live, work, and thrive. As we know from long-duration missions in orbit, microgravity and partial gravity environments can wreak havoc on the body, especially when it comes to sustaining bone and muscle mass. Research has shown that astronauts can lose up to 20 percent of their muscle mass on missions that last just five to 11 days.

So scientists are trying to find tricks to mitigate or even prevent that muscle waste during future trips to Mars, which may include years- or life-long stays in a permanent settlement. One of the easiest remedies might be to change up our diets a bit. That brings us to the work of Marie Mortreux, a researcher at Beth Israel Deaconess Medical Center at Harvard Medical School and the lead author of the new study.

Mortreux has worked for years on “creating a partial gravity analog model in rats in order to mimic the gravities of extraterrestrial targets, such as the moon and Mars,” she says. That model, published in 2018, was meant to help researchers better characterize musculoskeletal deterioration in mammals exposed to partial gravity environments—the ultimate goal being to better understand what astronauts would go through if they were to try to live on the moon or Mars.

Thinking about the effects of gravity on mammalian physiology gave Mortreux an inkling that resveratrol could combat muscle mass waste, since it’s been shown in to help stymie bone loss in people on Earth when taken in moderate concentrations. Resveratrol hasn’t been extensively studied in the context of human muscle heath, but there’s some evidence that resveratrol helps diabetic animals increase muscle weight and muscle protein content by increasing insulin sensitivity and allowing for a greater glucose uptake in muscle fibers. Astronauts actually experience reduced insulin sensitivity during spaceflight, and this is thought to contribute to muscle loss during missions—making resveratrol an especially intriguing potential remedy.

So how do you test out such a hypothesis? You need to simulate partial gravity, and one very useful way to do so is to employ a suspension apparatus that partially unloads one’s weight. Of course, you can’t really do this on humans—at least not for days or weeks on end. You have to settle for animal models.

Mortreux and her colleagues fitted 24 male rats into full-body suspension harnesses that either offloaded 60 percent of their weight (and thus closely simulated the reduced gravity of the Martian surface), or created a normal loading that would be expected on Earth. Within each group, half received resveratrol in their water (about 150 milligrams per every kilogram of water, every day), while the other half just got normal H2O. The rest of the diet was identical for all the rats.

“The experiment was actually quite successful,” says Mortreux. Resveratrol helped restore grip force in both the front and hind limbs of rats who lived in simulated Martian gravity. These rats also experienced increased muscle mass in the calves—some of the first muscles to degrade during partial gravity exposure—and reduced loss of slow-twitch muscle fibers. Overall weight and food intake was not impacted by resveratrol ingestion.

Previous studies have shown rats who were treated with resveratrol doses as high as 700 mg/kg/day got by without any adverse effects, so it’s entirely possible higher amounts could have led to even better muscle mass preservation without jeopardizing bodily health.

There are obviously some extremely large caveats to this study, the biggest of which is the fact that it examined rats, not humans. The paper provides encouraging evidence that the mammalian system might benefit from resveratrol when it comes to spaceflight and life on an extraterrestrial world, but this is by no means a sign that future astronauts can stave off muscle deterioration by drinking red wine. It’s important to remember, of course, that actual wine carries the same negative health effects of all alcohol, so as tempting as it is to imagine astronauts sipping medicinal cabernet in zero-g, we’re talking about popping supplements. Then there’s the fact that the rats for this study are all male, and it’s unclear how these results might translate across sexes (a study on female rats and resveratrol is actually underway right now, and those results should come out later this year).

Mortreux herself points out that scientists don’t have a crystal clear idea on the mechanisms behind resveratrol’s benefits. “It is something we would definitely like to address in the near future,” she says.

It’s also unclear exactly how much resveratrol a human astronaut would need to experience similar benefits. Mortreux cites previous studies on dose equivalencies that would suggest a 60-kilogram man or woman would need about 1,440 milligrams of resveratrol per day—a reasonable amount, considering there are already 500 and 1,000 milligram dose supplements for sale. But further research is required to find an optimal dosage for rats, and then figure out what that would mean for a typical human traveling to Mars.

For now, we’re unfortunately limited to studying animal models. We can’t exactly suspend a human being for two weeks for a study like this. There might be some opportunities to see what resveratrol can do for muscle mass in astronauts who are recovering after spaceflight, although there are still some obvious disadvantages here. The easiest approach would be to simply give resveratrol for astronauts living and working in space, but it’s entirely unclear if or when scientists will get that chance.

But studies like this might persuade NASA to move forward with such investigations. As we make plans to return to the moon and one day go to Mars, concerns over how to preserve human health are moving much more aggressively to the forefront of everyone’s minds. Resveratrol won’t be a silver-bullet solution, but it might be one piece of a holistic approach to staying healthy on another world.