Some spheres of lunar glass may have formed at the same time an asteroid killed Earth's dinos. 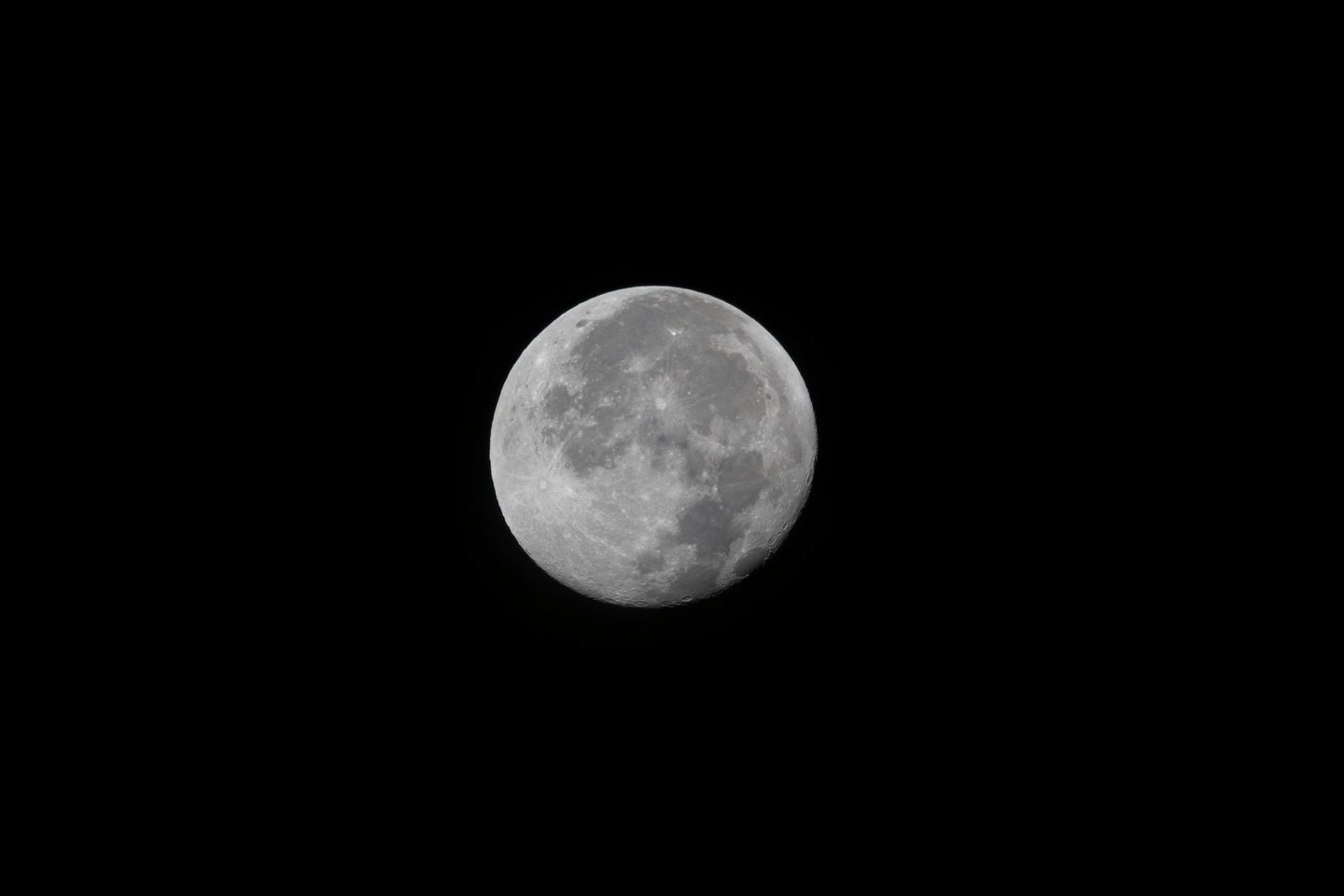 The moon’s soil is filled with small spheres of glass. These pieces of glass, often called beads, formed millions of years ago when asteroids slammed into the lunar surface, according to a new study published Wednesday in the journal Science Advances.

But these microscopic lunar glasses–which range in size from a few tens of micrometers to a few millimeters–don’t just tell the moon’s story. They also offer a window into meteorite impacts on Earth, too. The research team found that the moon’s collisions occurred around the same time as many of Earth’s most notorious impacts—including the one that scientists say was responsible for wiping out the dinosaurs (except for birds).

“The moon is kind of our witness to what the history of large impacts really is in our neighborhood of the solar system,” says Rhonda Stroud, director of the Buseck Center for Meteorite Studies at Arizona State University who was not involved in the news study. Understanding the impact history of our corner of the solar system, Stroud adds, could help improve scientists’ models to anticipate the frequency of asteroids that hurtle toward us.

The tiny glass orbs at the center of this new research came directly from the moon. They were brought to Earth via China’s Chang’e-5 moon mission, which returned samples to scientists’ waiting hands and labs in December 2020. These fresh moon rocks were shared in research collaborations around the globe, and the international team behind the new Science Advances paper quickly began analyzing the spheres in the lunar samples.

[Related: The asteroid that created Earth’s largest crater may have been way bigger than we thought]

The team determined that these glasses formed anywhere from 2 billion to just a few million years ago, says Katarina Miljkovic, associate professor in the School of Earth and Planetary Sciences at Curtin University and an author on the new paper.

When an impactor such as an asteroid slams into a world’s surface, she explains, the energy of that collision ejects material out. Some of the kinetic energy can heat up that matter while it’s in flight. Some of it melts, if it heats up enough. Because it is in flight when it melts and then cools again, Miljkovic says, that molten material hardens into a spherical shape, falling back to the ground as glass beads.

The researchers analyzed the glass beads brought back by Chang’e-5 to determine their age, size, and other characteristics. They also looked at remote sensing data of craters on the moon to determine which impact events might have thrown out the specific lunar glasses that they studied.

Though the team found a large span of ages for the beads and their associated craters, some periods were richer in beads. “There were actually peaks of ages, clusters of beads at a certain age,” Miljkovic says.

Those peaks, Miljkovic says, likely identify significant events. Perhaps, she says, simply more asteroids traveled through the area and hit the moon at once, or maybe a big asteroid broke up nearby and sent a flurry of impacts raining down on the moon.

The team also noticed the peaks’ timing often aligned with significant impact events on Earth. For example, Miljkovic says, one peak seems to coincide with the ages of a large collection of meteorites found on our planet.

“The moon is our satellite, and relatively speaking, on an astronomical scheme of things, the Moon and Earth are close. They occupy almost exactly the same space in the solar system,” Miljkovic says. So if a group of space rocks were to come hurtling our way, it would make sense that both celestial bodies would be hit around the same time.

The challenge, however, is that Earth does not retain a clear record of impacts. That’s because, unlike the moon, our planet undergoes erosion, weathering, and planetary processes that bury craters, impact glasses, and other evidence, Stroud says. “Earth is also covered with oceans and trees and soil and cities,” they add. “A lot of craters are still hidden. It takes a long time to recognize them and some of their signatures are just gone.”

Meanwhile, on the moon, the evidence of impacts is littered across the surface in the form of craters and these glass beads. So the lunar surface is a helpful tool for researchers piecing together our own planet’s history.

One of the most famous impact sites on Earth is the Chixculub crater in the Yucatán Peninsula in Mexico. That 6-mile-wide crater is thought to be where an asteroid slammed into the Earth some 66 million years ago, triggering a mass extinction event that killed the non-avian dinosaurs.

It turns out, one of the peaks in the lunar impact data in the new study corresponds to that timing. “We’re just showing that the ages are coinciding,” Miljkovic says. But it’s possible that there might have been companion asteroids flying along with the dinosaur-killing space rock when it encountered the Earth-Moon system and some of them hit the lunar surface, too.

What happened on the moon at that time isn’t the only evidence that there were multiple asteroids causing collisions in our neighborhood around 66 million years ago. In August in a different paper in Science Advances, another research team described what might be another impact crater on Earth formed at the same time offshore of West Africa. If it’s confirmed, this crater could support the idea that a large asteroid broke into pieces and those fragments crashed into both Earth and the moon at the end of the Cretaceous period.

[Related: A second asteroid may have crashed into Earth as the dinosaurs died]

Tying craters on the moon to impact sites on Earth is tricky business, Stroud cautions. “It’s interesting and promising,” they say, but “the links to the craters on Earth are still speculative.” The “smoking gun,” Stroud says, would be to be able to match the composition and age of impacting material from both worlds. But, though the study authors can’t directly connect any moon craters to ones here, this research “shows the power of well-planned sample return” that provides the geologic context of the samples.

“Maybe we’re onto something,” Miljkovic says. “We can only look at evidence and estimate the likelihood of something happening, but that’s the kind of story that, if true, is really cool.”