An asteroid didn’t kill the dinosaurs by itself. Earth helped.

Soot ejected during the blast likely circled the globe within hours. 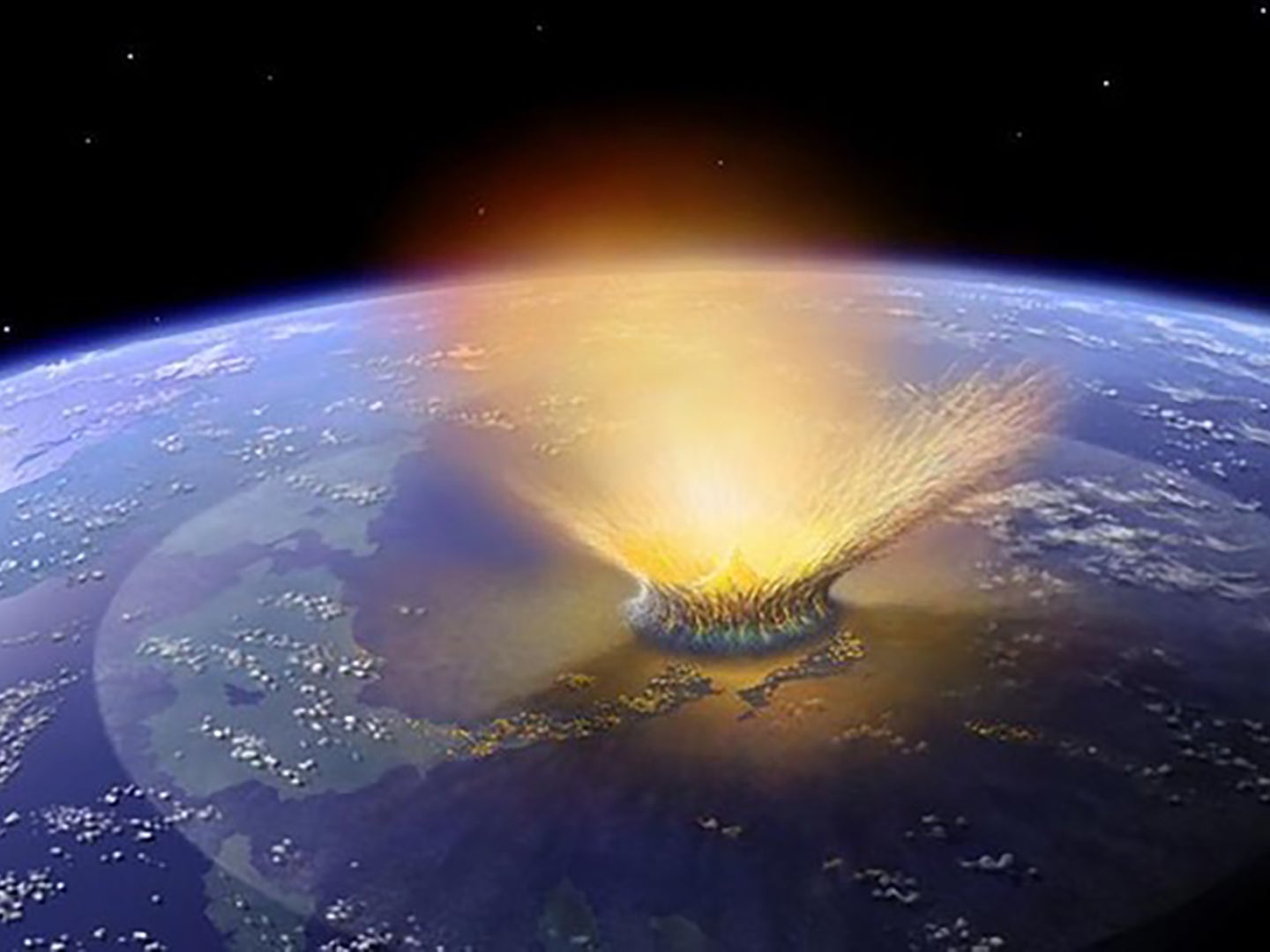 About 66 million years ago, an asteroid 7.5 miles (12 kilometers) in diameter slammed into the Yucatán Peninsula of present-day Mexico. The impact vaporized rock, ignited wildfires, and created a cloud of soot and dust that darkened and cooled the entire planet. These inhospitable conditions led to the extinction of 76 percent of Earth’s species, including the dinosaurs.

Now scientists have investigated how much of this soot came from the wildfires, and how much came from older materials like coal and oil in rocks from the cavity, known as the Chicxulub impact crater. The chemical composition of sediments from the crater and two distant deep-sea sites suggests that the initial wave of carbon came from rapidly-heated fossil sources, the team reported September 28 in the journal Proceedings of the National Academy of Sciences. Soot from wildfires later exacerbated and perhaps lengthened the “impact winter” that Earth endured, the team concluded.

“There were multiple processes going on that impacted the extinction,” says Shelby Lyons, a geologist at Pennsylvania State University and coauthor of the new study. What this paper shows, she says, is that carbon from the rocks contributed as well.

For decades, researchers have been finding burned carbon compounds buried within sediments from around the world dating to the period when the dinosaurs were wiped out. These included charcoal, soot, and chemicals called polycyclic aromatic hydrocarbons (PAHs).

Debate remains about the intensity of the pulse of heat from the impact and resulting wildfires, says Clay Tabor, a paleoclimatologist at the University of Connecticut who was not involved in the research. This raises questions about the relative importance of the fires—which burned plant matter, destroyed habitats, and sent smoke billowing into the atmosphere—and fossil fuels formed from decayed plants and animals over millions of years. “Either way, soot seems to play an important role in the extinction,” Tabor said in an email. “This paper is an important step towards understanding the sources of burn markers.”

To probe the origin of these materials, Lyons and her colleagues examined samples from the crater and two sites in the South Atlantic and Indian Oceans. They focused on PAHs—compounds assembled from carbon atoms fused together into rings that slightly resemble chicken wire. PAHs are created when carbon is heated, whether that happens slowly in Earth’s crust or within seconds during a fire.

Most of the PAHs that Lyons and her team observed had a distinctive shape. “The material had properties that looked like it was…burned extremely rapidly, but the initial source of it was from ancient carbon,” Lyons says. PAHs created when wildfires swept over the landscape would have had a different chemical structure, she says.

Lyons and her team estimate that between 7.5 × 1014 and 2.5 × 1015 grams (about the weight of 7550 Empire State Buildings) of this ancient carbon was blasted into the sky and circulated around the globe within a matter of hours. This soot, along with massive amounts of dust and sulfur-containing compounds from the vaporized rock, would have blocked out sunlight and initiated the cold, dark impact winter. “It would have settled in the upper atmosphere and it would have remained there for years,” Lyons says.

However, there was also plenty of charcoal buried in the sediments, which forms when woody matter is burned. Lyons and her colleagues argue, though, that most of the soot from these fires would have remained lower in the atmosphere and been removed by precipitation. And the soot that did reach the upper atmosphere would have taken a while to accumulate.