We were not almost killed by an asteroid this week 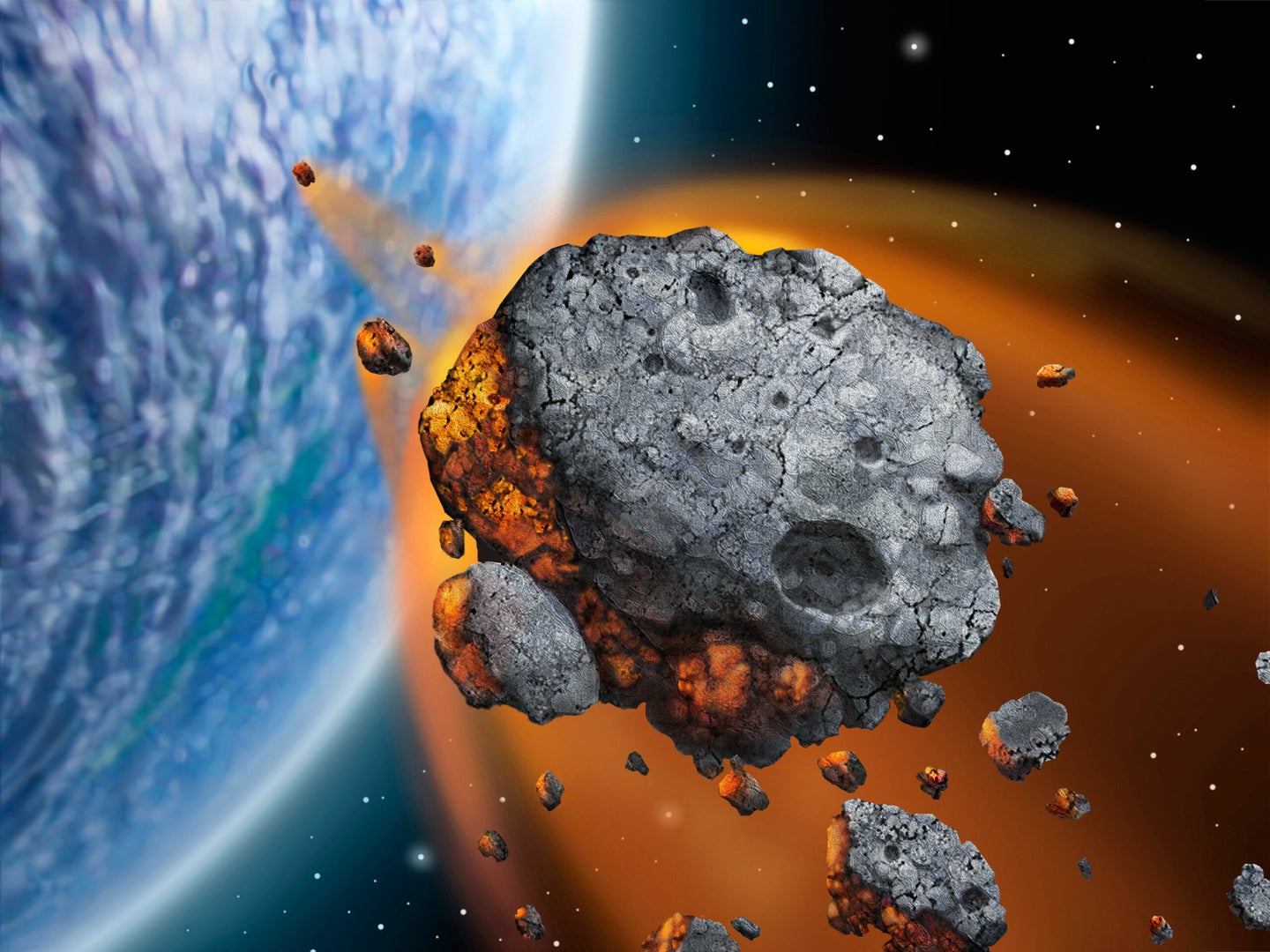 “Scientists stunned by ‘city-killer’ asteroid that just missed Earth” is an awfully compelling headline. But it paints a much sexier—and scarier—portrait than the truth.

Let’s look at the facts. Did a big rock fly by Earth on Thursday morning? Yup: Asteroid 2019 OK is an estimated 187-427 feet across and moved at around 55,000 miles per hour. Did it catch scientists pretty much totally unaware? Yes indeed. Truly, they were shook. Did it “just miss” a collision with our planet? Yes and no.

When Asteroid 2019 OK careened through our neighborhood on Thursday, it came within 45,000 miles of Earth. That’s close, cosmically speaking; the moon is nearly 240,000 miles away. We don’t generally want big, smashy rocks coming closer to us than our own moon.

This is the video of the close encounter of Asteroid 2019 OK we have been Twitting all day with the Earth: https://t.co/bjT7uhQJuO/ pic.twitter.com/3e4UyPcdPl

It might sound horrifying that this asteroid made such a close encounter, or like some serious scientific negligence must have occurred. Neither of these things is actually true.

For starters, asteroid strikes are a lot less scary than a headline can make them sound. Yes, you could dub 2019 OK a “city-killer” based on its size. A rock that large could cause serious harm to a city if it hit one. But according to experts, an asteroid at the lower end of 2019 OK’s size estimate is only likely to hit our planet once every 1,000 years. An object on the high end of the size estimate only makes impact around once every 20,000 years.

And there’s a reason we don’t have tons of stories about less-than-city-killer-level asteroids walloping humans and their homes: rocks break up as they hurtle through our atmosphere, so they’re much more likely to cause explosions in the sky (and potentially dangerous sonic booms) than leave craters in your backyard. When you factor in the fact that more than 70 percent of Earth is mostly-open ocean (and, while it’s easy to forget if you live in the cities or ‘burbs, that our landmasses are full of open spaces), the likelihood of a rock big enough to do damage hitting us, surviving entry, and then colliding with a populated area is infinitesimally small.

“If you look at the consequences [of an asteroid strike], they could be enormous,” Mark Boslough, adjunct professor of Earth and planetary sciences at the University of New Mexico, recently told Gizmodo’s Ryan F. Mandelbaum. “We’re talking about potential city killers, impacts that can wipe out an entire continent or even cause civilization to collapse. But the probability is extremely low. It’s the classic low-probability, high-consequence problem. I don’t spend a lot of time worrying about it.”

Okay, so, city-killing asteroids are actually quite unlikely to kill cities. But why didn’t scientists spot this one sooner, given that it clearly got too close for comfort? 2019 OK came from toward the sun, making it hard for telescopes on Earth to spot in the glare. It’s also, for all its supposed city-killing abilities, quite small. NASA has already located more than 90 percent of asteroids that are more than half a mile wide across, which are the ones we’d have to start getting really antsy about. Because we have most of these asteroids—and a growing number of the smaller guys—under observation, we’d have a significant warning if they were coming our way. It’s not clear what we’d do with that warning other than evacuate the immediate impact site, so that’s certainly something we should try to figure out ahead of time. But a rock like the one that killed the dinosaurs isn’t going to catch us unawares.

Furthermore, it’s not exactly fair to say that scientists had no idea OK 2019 was coming. They just had… almost no idea. The Brazilian SONEAR survey picked up signs of it a few days ahead of time, which was announced a few hours before the close encounter. Ideal? No. But there’s a lot of stuff in the sky, and it’s very unlikely to cause us harm anytime soon. Some of it is going to escape our notice, and that’s just the state of our technology (and research funding) at the moment.

On the other hand, while we shouldn’t pretend OK 2019 almost killed us (sorry, it didn’t), we should definitely see it as a reminder of just how little we know about what’s zooming around up there in the big ol’ sky. Many experts reacted to the news by reiterating the importance of surveying our surroundings for these smaller, trickier asteroids—and trying to figure out what to do if and when we actually spot The Big One.

“I think the probability game is such that that won’t happen for a few thousand years,” Kris Stanek, a professor at The Ohio State University who observed OK 2019 for the All-Sky Automated Survey for Supernovae, told Public Radio International. But while there’s no need to panic, there’s no reason to dilly-dally either. “I would think about this like insurance,” he said. “I buy car insurance despite the fact that I’m a [good] driver because, you know, you never know what happens. I think humankind is spending many billions of dollars on all kinds of things that we don’t necessarily need or to kill other people. I’m not a pacifist, but we should probably be spending on the order of a billion dollars a year on this kind of detection system. If we detect them, then we should also try to figure out what to do about this.”