What’s the difference between a comet and an asteroid?

They both orbit the sun, but they're very different. 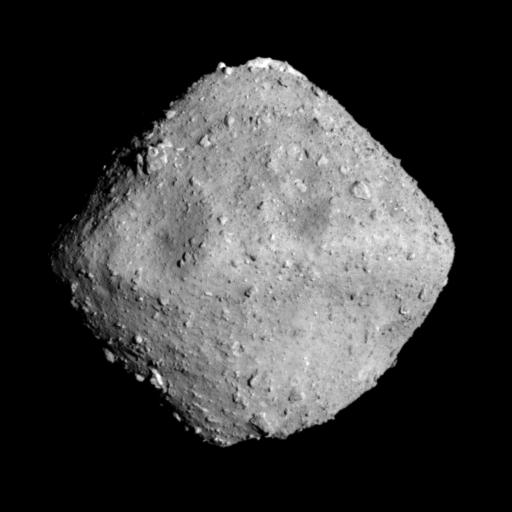 In our solar system, there are a lot of things that circle, or orbit, around our Sun. Earth orbits the Sun about every 365 days. Seven other planets also orbit the Sun, along with their moons (which orbit planets) and lots of other items, including asteroids and comets.

But what are asteroids and comets, really?

An asteroid is just a rock orbiting the Sun. Asteroids are smaller than planets, but some of them can be really big. The largest, NASA says, is Vesta, 329 miles around. The smallest one that scientists have ever studied is just six feet around.

There are 780,290 asteroids in the solar system, but not all of them are made of the same material. Scientists sort them into three different groups based on what they are made of—they can be metallic, stony, or composed of rocks that are more clay-like or that contain silica.

We’re still trying to learn more about asteroids. Japan’s Hayabusa-2 spacecraft just arrived at the Asteroid Ryugu, and NASA’s OSIRIS-REx mission is en route to a different asteroid named Bennu. Each mission plans to take a sample of its asteroid’s surface and bring the dust and rocks back to Earth.

Hayabusa-2 is already taking a lot of measurements of Ryugu. The spacecraft is orbiting the asteroid, and it already sent three other machines down to the surface. One of the machines was a lander, which didn’t move much and explored the surface for about 17 hours. Scientists on Earth are already looking through that lander’s measurements to find out more about how the asteroid formed. The other two machines are much smaller, and are designed to hop around on the surface. They’ve been exploring the asteroid on their own since September 21.

Asteroids are very exciting, but what about comets? There are fewer known comets than asteroids in the solar system, with the current total resting at 3,526.

A comet, unlike an asteroid, is more like a dirty chunk of ice than a rock. The middle of the comet, called the nucleus, is fairly small, and stays frozen solid as it travels through the outer reaches of the solar system. Comets tend to have orbits that take them far away from the Sun, where it is much colder than the area near Earth. But sometimes, their orbits bring them in close.

As it gets closer to our warm Sun, that ice heats up and starts to turn straight into a vapor, creating a cloud of dust and gas that trails after the comet’s nucleus. This is called a coma, and it makes the comet look kind of fuzzy. As the comet moves towards the Sun, the dust and gas trails out behind it, pushed by particles streaming off the Sun, and creating a tail that can stretch for hundreds of thousands of miles. The tail always points away from the Sun.

When a comet is close to earth, this tail looks like a bright streak across the sky. It doesn’t happen often, but when it does, it’s a dramatic and beautiful sight. People around the world have recorded sightings of comets for thousands of years.

We’ve gotten pretty close to comets too. The Stardust mission flew through the tail of one comet and returned samples to Earth in 2006. And the Rosetta mission, which ended in 2016, took over 100,000 amazing photos of a comet’s surface.

While there are usually a few comets that pass near Earth every year, many of them can only be seen with a telescope. When a comet has a coma bright enough to be seen with just your eyes, it’s a big deal!

That’s the major difference between comets and asteroids—an asteroid is made up of rocks or metals, and a comet is made up of frozen stuff that can melt when it gets too close to the Sun.