Thank you, patient algorithm, for the most extensive crater catalog yet. 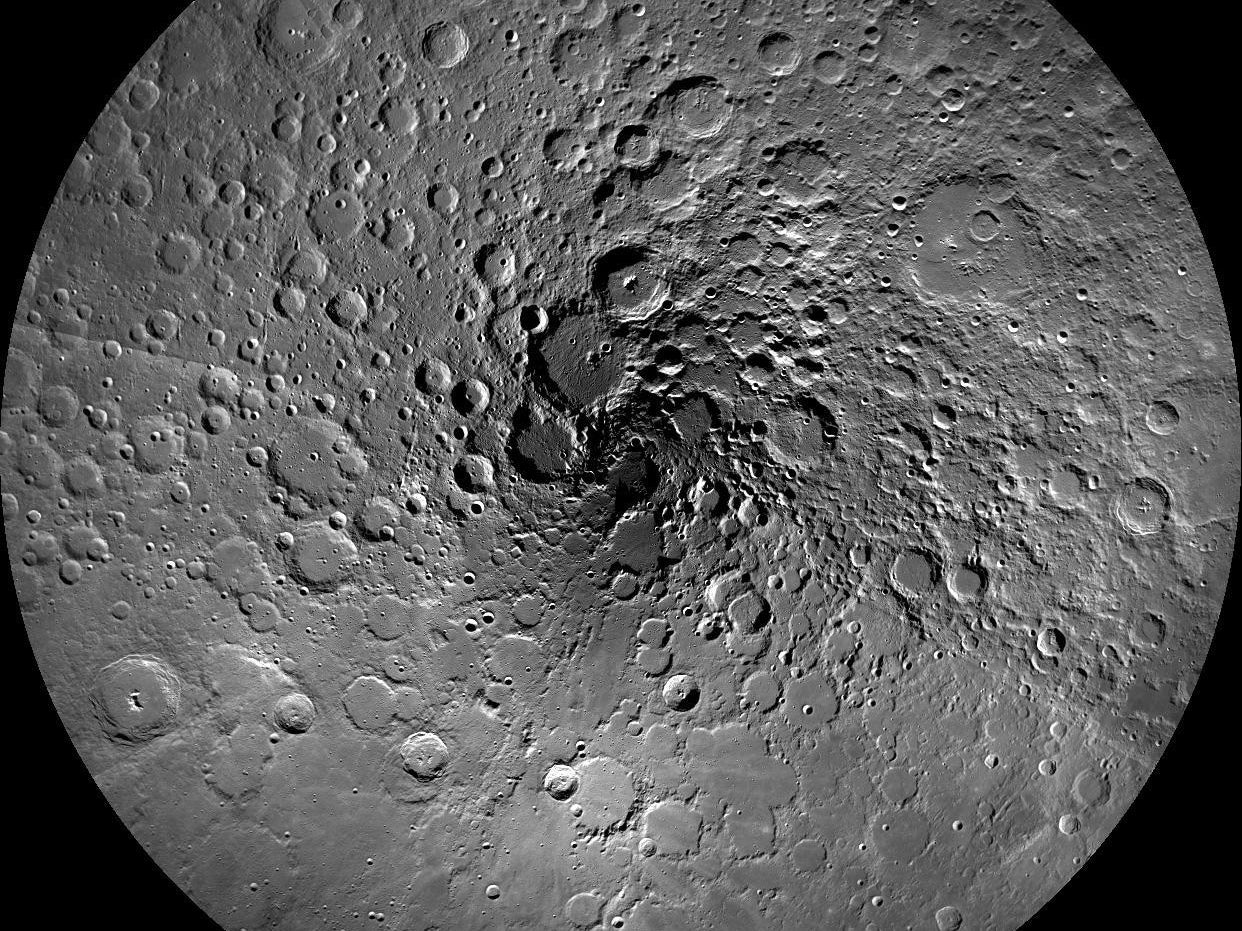 The moon’s surface is a chaotic mess of craters of all sizes. Now algorithms are smart enough and kind enough to sort through that mess for us. NASA/GSFC/Arizona State University
SHARE

If the robot uprising ever comes, the machines might cite a new entry in their list of grievances. An international team of researchers has developed a machine learning algorithm to do a task that no planetary scientist would—or could—ever do.

After breaking the lunar surface into billions of pixels and painstakingly learning how the grey dots were related, the new algorithm amassed what the researchers say is the most extensive database of moon craters so far—listing more than 100,000 lunar dimples. The stoic software even managed to determine the ages of nearly 20,000 of those pockmarks, which are an unblemished record of billions of years of history of this corner of the solar system.

“What we see on the moon is similar to what we had on our planet, but we have erosion,” and wind and weather on Earth, says Lorenzo Bruzzone, a professor of telecommunications at the University of Trento, Italy, who worked on the project. “On the moon, everything is like it was.”

Assembling previous crater catalogs has been a largely manual affair. That means planetary scientists poured over the monotonous grayscale landscape frame by frame, counting craters and figuring out their ages based on their shapes, what underground layers had been exposed, and (in lucky cases) dates from rocks brought back by the Apollo astronauts. Bruzzone and his colleagues began with a subset of the gold-standard database—a list of about 9,000 craters (with about 1,700 dated) compiled by the International Astronomical Union (IAU) over the last century.

Then they taught a machine to do the work instead. But machine learning is something of a dark art, and not even computer scientists fully understand what type of algorithm will be best suited to a particular task (like crater counting). In short, finding this shortcut wasn’t easy.

The team settled on a type of program called a convolutional neural network, a technique that uses trial and error to study labeled images (“these are craters”) and automatically learn an object’s most recognizable features, which it can then use to label images (“crater” or “not a crater”). But there are lots of ways to set up a convolutional neural network, and the group tried many different configurations, each of which took days to process on a supercomputer.

Once they landed on a neural network structure that could learn what a crater was and spot other known craters on the IAU’s list, they put it to work studying the crispest available snaps of the lunar surface—data from China’s Chang’E-1 (CE-1) and Chang’E-2 (CE-2) orbiters. CE-1 images resolved features as small as 150 meters across, while CE-2 photos went down to 7 meters, so the group actually set up two related neural networks. One identified larger craters in the CE-1 images, and was then able to “teach” the second network to find smaller craters in the CE-2 images. To do so, it used a technique known as transfer learning, which Bruzzone compares to a mentor training a successor.

“I have experience, and I teach someone,” he says. And “maybe they improve the results because they have fresher information.”

In the end, the two networks combed through images covering nearly the entire surface of the moon, identifying about 117,000 craters ranging from one-kilometer dimples to 500-kilometer calderas. The new database contains about 15 times more craters than other databases, the authors say. They published their work on Monday in Nature Communications.

The programs felt confident enough to assign nearly 20,000 of those features ages—no small feat when dealing with craters overlapping craters. To make sure the networks weren’t going cross-eyed and making up craters and numbers, the group checked their craters against different existing databases, and even arranged for multiple teams of planetary scientists to date a few thousand of the newly identified craters the old-fashioned way (which took months). On various measures, the machines’ results ranged from about 85 to 95 percent accurate.

That’s not perfect but neither are humans, Bruzzone points out, much less the combined efforts of hundreds of humans all with their own imperfections. He expects that in the sweeping lunar database compiled in a uniform, documented way, planetary scientists will be able to read the moon’s history in unprecedented detail.

“If you base your analyses on a limited number of craters, you don’t have the big picture,” he says. “The next step is to start to analyze, to understand, what is the meaning of all the new craters that have been identified.”

He sees big data (like this project, as the algorithms sifted through 200 gigabytes of images) as a powerful, emerging tool for planetary science. Now that the group has worked out how to set up the right sort of neural network, it hopes to do something similar for other worlds researchers have clear images of, such as Ceres or Mars. They may even be able to use the lunar networks to train others, Bruzzone speculates. “We will need for sure some adaptation,” he says, “but we probably don’t have to start from scratch.”