When and how did dinosaurs go extinct?

It's asteroid versus volcano. 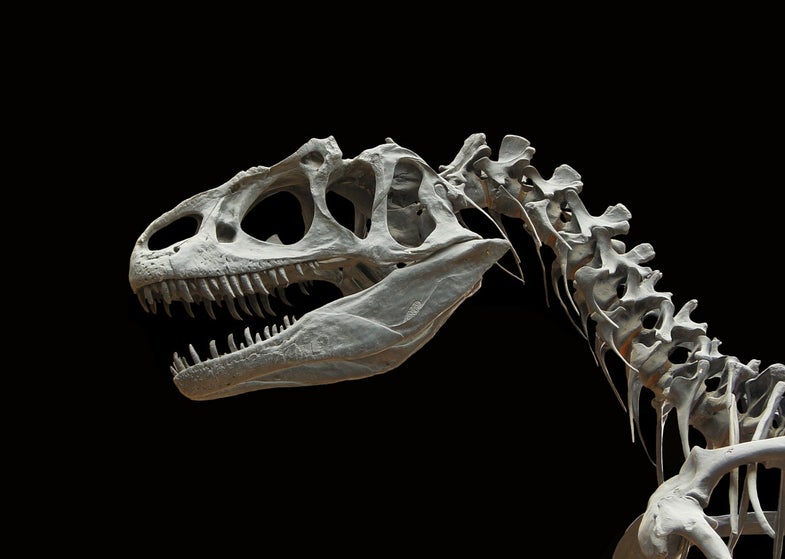 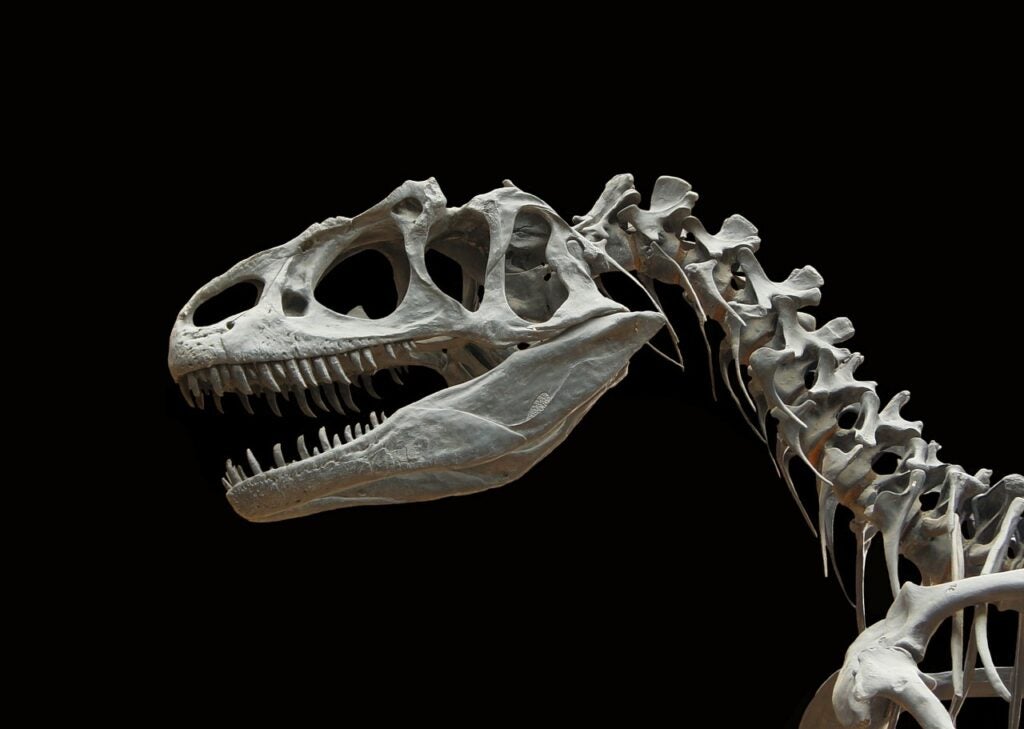 Dinosaurs are no match for flaming hot rock.

For 165 million years, dinosaurs dominated land, sea, and sky. Long-necked Brachiosauruses lumbered along like mobile four-story buildings. Tyrannosaurus rex chased down prey with 50 to 60 teeth as big as bananas. Mosasaurs stretching 55 feet from snout to tail terrorized the seas, consuming everything they could catch.

But 66 million years ago, the world’s climate drastically changed. Dinosaurs had thrived in the warm temperatures and mild weather of the Mesozoic era. All of a sudden, the Earth became much colder and darker. Plants died and food became scarce. All the dinosaurs—except for the ancestors of modern birds—and three quarters of the creatures living on Earth went extinct.

To this day, scientists debate what caused this sudden change. The leading theories involve an asteroid strike and a giant volcano.

Both theories start with a rare metal called iridium. This element is extremely rare on our planet’s surface, but does exist in Earth’s liquid core and in space rocks like asteroids. In the rock underneath the Earth’s oceans and continents, there’s a thin iridium layer in what geologists call the K-T Boundary, or the point in the geologic record where they see evidence of the dinosaurs’ mass extinction.

Discovering this layer led scientists to speculate that a giant, six-mile-wide meteor hit the Earth around 66 million years ago. The impact had the force of 10 billion nuclear bombs and would have thrown massive clouds of iridium dust and other debris into the air, blocking out the sunlight for years.

Researchers discovered an enormous crater in the Yucatan Peninsula in Mexico that may have been in just the right spot to cause maximum destruction, as the rocks in this area may have been especially rich in carbon dioxide and sulfur or hydrocarbons, all of which could have been released into the air upon impact and contributed to the rapid shift in the climate. The crater was also around 66 million years old. Scientists found some other strange clues in the ancient layers: shocked quartz, rock that looks like a massive shockwave rearranged its crystals; soot that suggested widespread wildfires; and glass-like spheres that looked like cooled molten rock.

While many scientists think a giant fireball signaled the end for the dinosaurs, not everyone is convinced. Some say the iridium layer and the strange rock clues could also point to volcanic activity instead.

Volcanoes went wild during the last 40 million years of the dinosaurs’ reign. In what is now western India, giant cones belched lava drawn up from the Earth’s mantle, spewing dust and ash. After millions of years of eruptions, scientists reason there could have been enough debris in the air to block out the sun. The volcanoes also could have drawn iridium from deep within the Earth to form the thin layer we see in the crust today.

Some scientists argue the volcanoes would not have changed the climate drastically enough to kill all the dinosaurs. Others say the truth could be a combination of these two theories. The asteroid could even have made the eruptions worse, giving the dinosaurs a geologic one-two punch. Other scientists think the dinosaurs had already started gradually dying off before something catastrophic finished them off.

Whether by asteroid or volcano, we do know the whole planet changed suddenly and drastically. And when the darkness lifted, the surviving mammals, reptiles, and birds took over the planet.

This story has been updated to reflect the fact that the theorized impact of the asteroid collision was along the lines of 10 billion nuclear bombs, not 10 nuclear bombs, as previously stated. We regret the error.