It's a huge first step in Native Hawaiians' fight to regain stewardship of Mauna Kea, the planned site for the Thirty Meter Telescope. 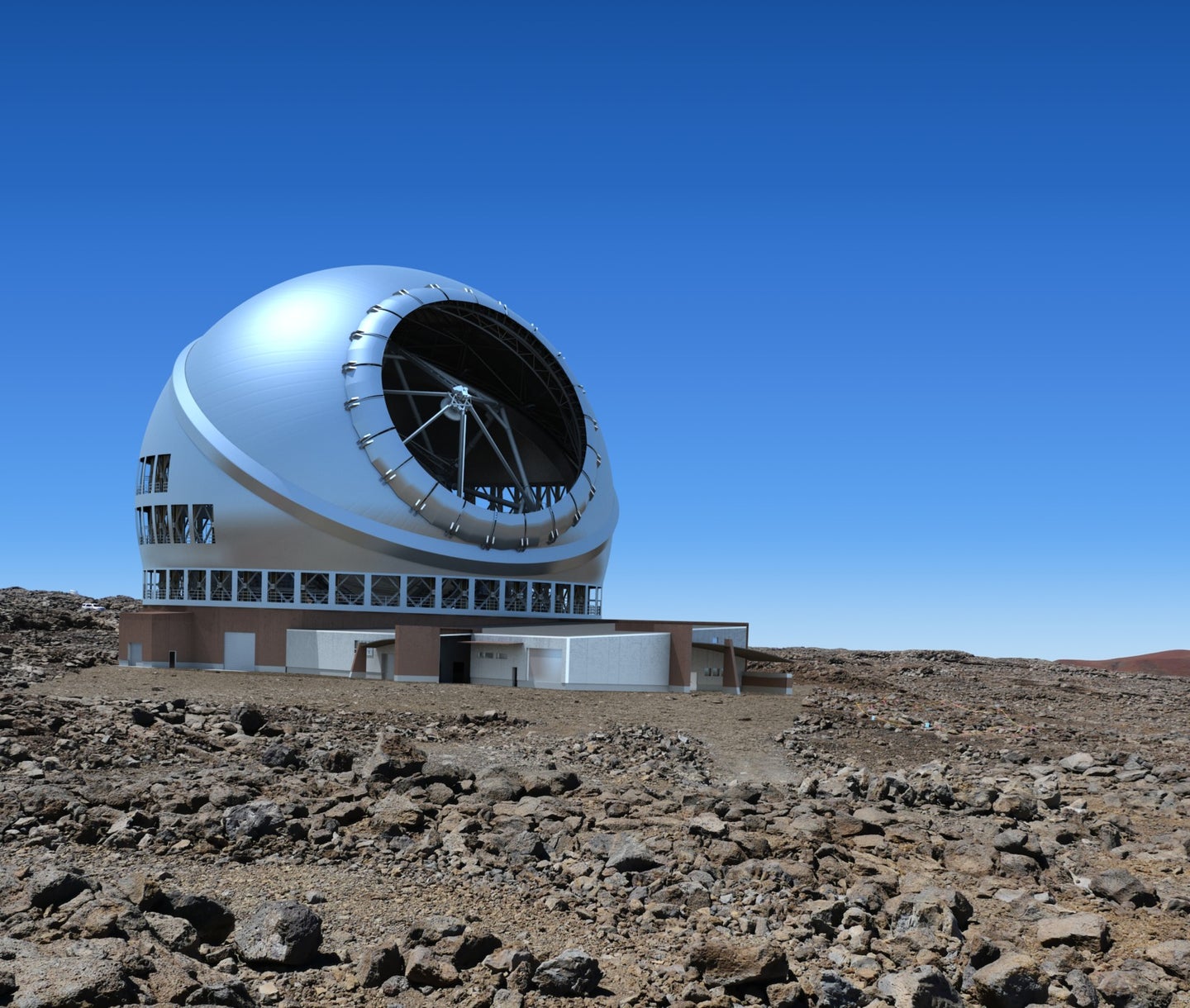 Native Hawaiians have been protested against the construction of the Thirty Millimeter Telescope on Mauna Kea. Now a new law gives control of the land back to locals. This is an artist's rendering. TMT International Observatory
SHARE

Earlier this month, Hawaiian Governor David Ige signed legislation that transfers control of Mauna Kea—one of two large mountains that dominate the Hawaiian landscape and where some of the world’s most powerful observatories call home—away from the University of Hawai’i and back to Native Hawaiians.

The new law declares astronomy as a state policy of Hawaii, which means that in addition to the scientific knowledge it brings, the state sees the field as an important contributor to jobs and the economy. It also establishes the Mauna Kea Stewardship and Oversight Authority, an 11-member voting group that will now have majority authority over how the land is managed. According to the bill, the group’s responsibilities will also include building a new framework for the development of astronomy research on the islands, limiting commercial use and activities on Mauna Kea’s land, and requiring the “timely decommissioning” of certain telescopes.

The governor is expected to select members of the new authority soon: The deadline for the public to submit their names into the application pool for a seat is July 28, but the law includes that the group must include one member who is a “lineal descendant” of a practitioner of Native Hawaiian traditions associated with the mountain, and another who is currently a recognized practitioner of those Native Hawaiian traditional practices. That stipulation is especially important as it’s the first time community experts and practitioners will be able to make those kinds of decisions for their community.

While the University of Hawai’i has until 2028 to officially hand off its management duties to the group, locals like native activist Noe Noe Wong-Wilson are optimistic about the change. She and others note that it feels like policy makers are finally listening to Native Hawaiians’ voices regarding the stewardship and care of their own community.

“This is the first time with the new authority that cultural practitioners and community members will actually have seats in the governing organization,” says Wong-Wilson, who is the executive director of the Lālākea Foundation, a nonprofit Native Hawaiian cultural organization. Wong-Wilson, who is a member of the working group that helped develop the bill proposal, says that the choice to bring in people and ideas from all over the community is what helped make the new law a reality.

She adds that the law’s mutual stewardship model takes into account all human activities on the mountain, and is designed to help “protect Mauna Kea for future generations,” as Native Hawaiians believe the mountain is a sacred place—a part of their spirituality as well as their culture. But years of mismanagement has created a mistrust in the state’s stakeholders, which included the University and Hawaiian government officials, and deepened a rift between Indigenous culture and western science.

Mauna Kea has been a hot spot for astronomical research since the first large telescopes broke ground on the summit in the early 1970s. The height of the mountain, the torrid atmosphere, and the natural lack of light pollution make the dormant volcano an exquisite location for observing the sky. But Native Hawaiians say that placing too many facilities on the land, including large observatories, draws in activity that puts an immense strain on the environment and its fragile ecosystem. “In Hawaii, there’s always tension about tourism, and overuse of some of our environmentally sensitive spaces for recreational use,” Wong-Wilson says.

Thirteen telescopes already operate atop Mauna Kea, with a fourteenth that, if and when completed, will sit about 18 stories tall. The long-planned Thirty Meter Telescope, is “in its own way, poised to have a comparable impact as the James Webb Space Telescope,” says Doug Simons, the director of the University of Hawai’i Institute for Astronomy. Although it was proposed nearly a decade ago, its construction has been repeatedly halted by protestors who have blocked access to the mountain.

While the TMT would be able to help scientists study distant supernovae and teach us more about how stars and planets form, Simons says that local researchers within the observatory community need to be prepared for several outcomes when it comes to astronomy’s fate on the mountain. “This is essentially a big experiment,” Simons says. “There’s a tremendous amount of hard work ahead, and a constrained amount of time to achieve what this new authority needs to achieve.”

[Related: With the arrival of Africa’s next radio telescope, Namibia sees a new dawn in astronomy]

In the current land use agreements made by the University, all of the mountain’s telescopes are committed to cease operations and come down by 2033. The TMT could still continue construction until then, but as of now, the new bill includes a moratorium on any new leases or lease extensions. It’s unclear whether that could stymie the TMT’s future science goals or if the new authority will choose to issue new leases, but Robert Kirshner, executive director for the TMT International Observatory (TIO), says the team behind the observatory supports the new bill.

“TIO welcomes this community-based stewardship model for Maunakea’s management,” wrote Kirshner in an email to Popular Science. “We value the respect, responsibility, caring, and inclusivity that this act is intended to foster.” He added that the observatory will work with the new authority to support astronomy and education programs that are in harmony with the culture and environment on the mountain.

Trisha Kehaulani Watson, a Native Hawaiian and the vice president of Aina Momona, a non-profit dedicated to achieving environmental sustainability on the islands, says while it’s still too early to tell if the new law is truly a victory, she hopes people understand the value of involving Indigenous communities in the conversation before taking advantage of their resources.

“I strongly believe that had the University better engaged and invited people with different viewpoints into the fold from the start in regards to management, we wouldn’t be here today,” says Watson. “How [the law] will sort out for the community, I think time will tell, but I certainly think it’s a step in the right direction.”