Why June’s sunrise eclipse will be worth waking up for

Viewers across northeastern North America will have the chance to see a rare crescent rising sun. 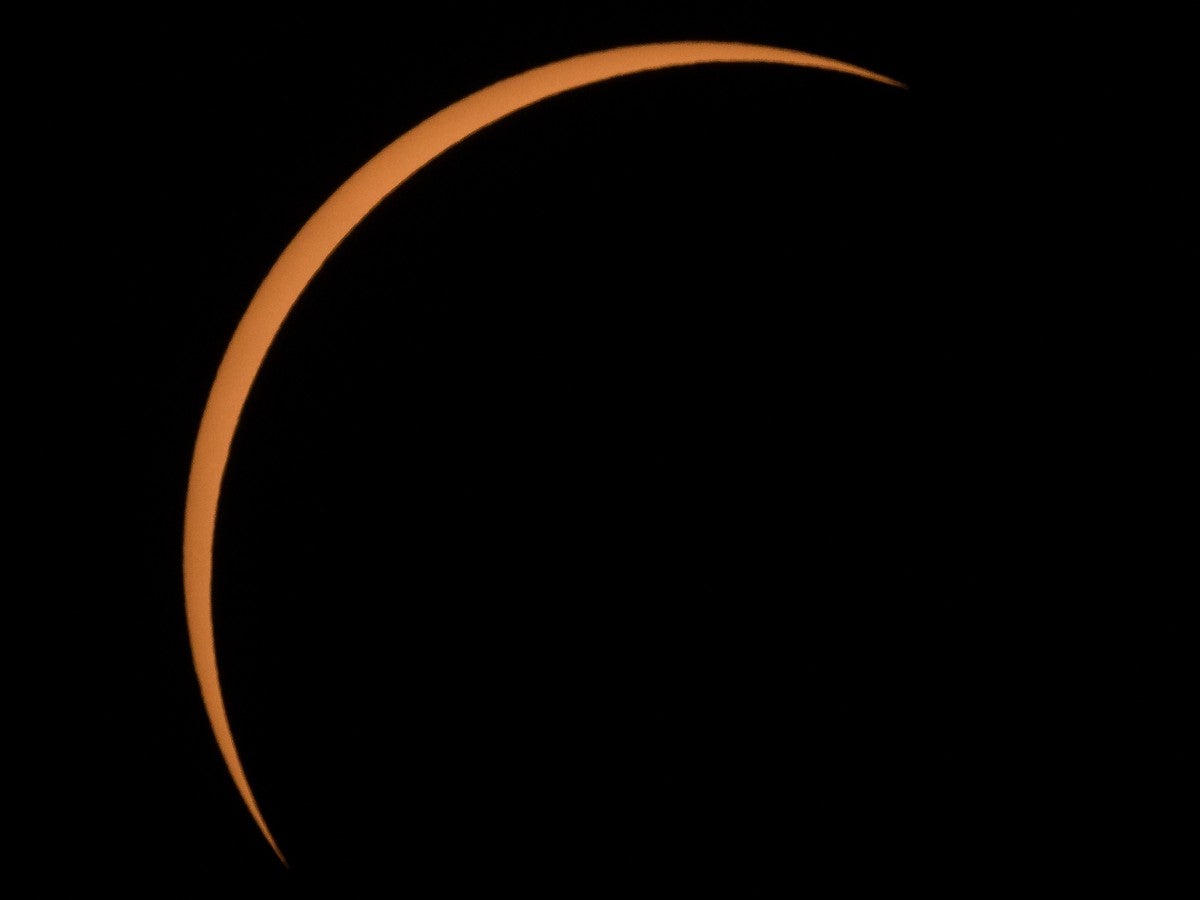 June's sunrise eclipse will only be viewable from the northeastern US and eastern Canada. NASA/Joel Kowsky
SHARE

Early risers are in for a rare treat this summer: Up from the horizon in the wee hours of Thursday, June 10, the sun that rises won’t be an orb, but a smoldering crescent.

This time, unlike with previous eclipses, no one on Earth will be able to observe totality, when the moon completely blocks out the sun. The moon is currently positioned too far away from Earth to appear big enough to cover up our star. But a few lucky people in northern Ontario and the Arctic Circle will get to see an annular eclipse, or “ring of fire,” when the moon covers the majority of the sun’s center and exposes only its outer edge in a bright crown-like flare.

Websites dedicated to eclipses have maps online so you can assess whether you’re in a good position to glimpse this phenomenon. And if you are, you won’t want to miss it. “To see a thin, crescent sun rising—it’s something you’ll remember for the rest of your life,” Steve Fentress, planetarium director at the Rochester Museum and Science Center, told Gizmodo.

For super keen eclipse chasers with their hearts set on seeing the ring of fire, Sky & Telescope magazine has organized a charter flight out of Minneapolis-St.Paul airport that is quickly selling out. The group will meet the night before, take off at 3:15 a.m., and embark on a three hour-long round trip. Passengers will get to witness the moon enter and exit from the sun’s light, and observe all four and a half minutes of the annular eclipse. The plane will be back in Minneapolis in time for breakfast.

Even if you’re not one of the few gazing at the sun from an airborne plane, the sunrise eclipse will still be a sight to behold. And if you’re planning on watching or photographing the eclipse, it’s important to remember to protect your eyes. Directly gazing at sunbeams with unprotected eyes, even through a camera lens, can lead to serious eye damage. Be sure to snag some eclipse-viewing glasses when you get the chance, so you can witness that glowing crescent rise out of the horizon without fear. If you’re looking for eclipse glasses, we did a guide on what to look for back in 2017, when the Great American Eclipse stretched across the US.