Hubble and the government are broken at the same time, and that’s a problem

A lack of personnel makes the problem more precarious. 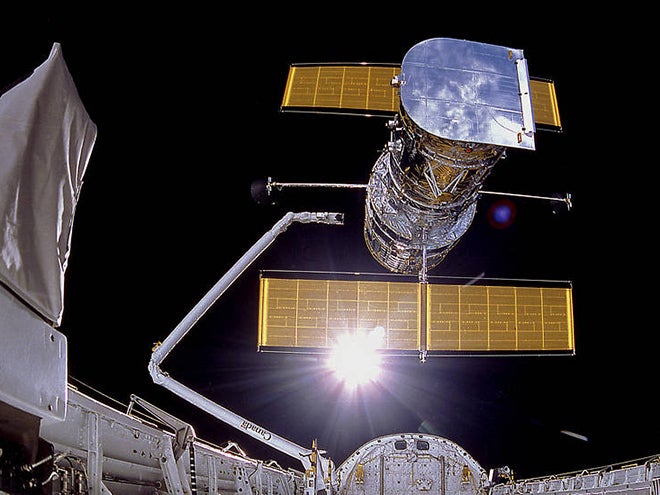 NASA suspended operations on one of the Hubble Space Telescope’s most vital instruments on Tuesday, after a hardware malfunction rendered the instrument inoperable. It’s far from the first time the telescope has experienced problems, but the malfunction strikes at an unlucky time for NASA—which is dealing with a dearth of available personnel due to the ongoing shutdown of the federal government.

While the Wide Field Camera 3 is just one of four active instruments the space telescope uses to make observations (and the other three are perfectly healthy right now) the camera has been a part of nearly half of all of Hubble’s scientific investigations in the past 10 years. It was installed during the last major servicing mission in 2009, so while it’s younger than other parts of the nearly 30-year-old Hubble, it’s not too surprising to see it running into problems.

Hubble has always had hiccups here and there. Just this past October, the space telescope was out of commission for three weeks after a malfunction in one of its gyroscopes created orientation problems. NASA fixed that problem, but doing so required quite a bit of help from several different experts across the agency.

The shutdown makes things more precarious. Much of Hubble’s mission operations are run out of NASA’s Goddard Space Flight Center in Greenbelt Maryland. The shutdown has forced most employees into involuntary leave, and only a few people have been allowed to keep working to make sure Hubble and other spacecraft are flying around in orbit safe and sound.

So while there are people monitoring the problem, there aren’t enough additional employees to actually analyze and solve it—at least not as quickly as everyone would like. NASA may be able to apply for an emergency exception that brings employees back from furlough to address the situation, but right now there is no indication of whether or not the agency is considering such a plan.

It’s totally unclear how long Hubble’s instrument will remain suspended, or what the timetable is for bringing it back online. A lot of this is simply going to depend on how long the government shutdown lasts. Luckily, the rest of the telescope’s equipment is running and snapping images like normal. We’ll keep you posted with updates as they come in.