Got a good feeling about someone? You probably just like the way they look.

Humans have a surprisingly primitive way of sizing up strangers 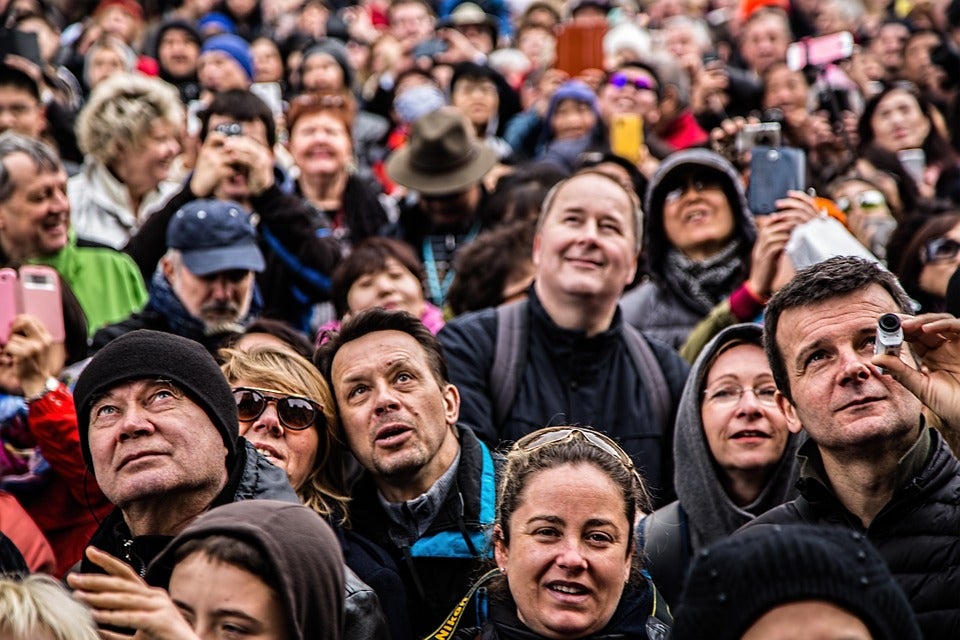 Ivan Pavlov had many research pursuits, but it’s his work with dogs that made him a household name. The Russian psychologist carried out unusual experiments on the behavior and gastric function of lovable mutts with names like Muyrka and Ukap. After years of work, he famously showed that one could use a relatively neutral stimulant (in this case, a bell) to trigger a reflexive response (canine salivation), a phenomenon now called classical conditioning.

But Pavlov’s dogs provided another important insight, too—one that’s had implications for almost every species on Earth, from pigeons to humans. New research suggests that when it comes to measuring the trustworthiness of strangers, we’re about as sophisticated as a few hungry puppers.

At the turn of the 20th century, Pavlov realized that conditioned dogs didn’t respond solely to the sound they were trained with. Rather, they could be encouraged to salivate with other stimuli, as long as that new stimulus shared some similarities with the original. In other words, if Pavlov played a collection of bells and each differed slightly from the one before, the dogs would still salivate. In keeping with this phenomenon, the dog’s fervor would diminish slightly with each new bell, until they finally heard a bell so alien to them they didn’t respond at all. This symphony of saliva is called “stimulus generalization,” and it seems to play an important role in how we learn, too.

In a recent study in the Proceedings of the National Academy of Sciences, psychologists made the case for the role of stimulus generalization in how we interact with strangers. The researchers found that, in the absence of explicit information, people assess a stranger’s reputation based on how similar the newcomer looks to those they’ve met before.

Let’s say you meet a man named John. If you had friends in common, you might use their opinions to judge his moral character. (If someone says, “I know John and he’s a liar and a cheat,” for example, you might tread carefully.) But if you know nothing about him, this new study indicates, your brain uses unconscious clues to determine his trustworthiness. Specifically, you’ll unknowingly analyze John’s face and compare it to other faces you’ve seen before. If John looks, on the whole, like someone you know who you deem trustworthy, you and John could become fast friends. But if John looks like someone who’s crossed you before, the opposite could be true.

“In my field, there isn’t that much that’s known about how social learning unfolds,” says Oriel FeldmanHall, the lead author of the study. But this latest addition to the literature fills in a few gaps, showing the time-saving shortcuts we make to process our world. Stimulus generalization, FeldmanHall added, “is really adaptive and it makes learning much more efficient.”

To test this phenomenon, FeldmanHall and her colleagues couldn’t just stick a bunch of people in a room with actors who looked vaguely like their most hated family members. Instead, they conducted controlled experiments, using composites of human faces carefully crafted on a computer.

In the central experimental, study participants were asked to play a “trust game”—but it was a little different than the ones you remember from summer camp. Every player got $10, and researchers instructed them to fork over the figurative Hamilton to figures that appeared on the screen. Those simulated humans could then split the money with the original bill holder; the bigger the amount they gave back, the more trustworthy they were, more or less. Participants quickly learned which strangers were good and which were bad. In the next step, the study participants could pick the simulated stranger they wanted to play with. But the researchers had played a game of their own: Like Pavlov’s bells, all of the new partners were actually variations of the original crew.

While the researchers observed this nifty trick for self-education, FeldmanHall says they recognize it also has a dark side: Stimulus generalization could be closely related to implicit bias.

Implicit bias is a catchall phrase for the various stereotypes that unconsciously shape our understanding of the world and the people in it. Measuring the specifics of implicit bias is difficult, but research suggests jurors and judges are biased against black defendants compared to white defendants, and that doctors, hiring managers, and others may have implicit biases against non-white patients or potential hires.

It’s easy to see how this deep-seated Pavlovian learning tool could go awry in the human world, where we have a lot more on our minds than what’s for dinner (though dinner is extremely important). Many Americans live in homogenous communities, where they’re surrounded by people who look a lot like them. That can mess with your perceptions of people who aren’t like you. If the only diversity you see is on the news or in a TV show, your intuitions about strangers will probably be skewed, as you have very little—or perhaps just plain incorrect—information to guide you.

Implicit bias like this may be a sort of innate, subconscious response, just like a dog’s reaction to food. The study participants in FeldmanHall’s paper certainly didn’t know they were making decisions based on their past interactions with similar faces, just as the dogs weren’t purposefully slobbering all over themselves every time they heard that special sound. Fortunately for us humans, while we may share some hardwiring, we’re much more sophisticated than dogs; we don’t have to blindly accept every shortcut our neural circuits take.

They say you can’t unring a bell. That’s true, but you can certainly decide how you respond to the reverberations.