As the first potentially deadly hurricane of the season nears the Gulf Coast, government employees are working around the clock to monitor it and issue warnings. And they're doing it for free, because of the government shutdown. 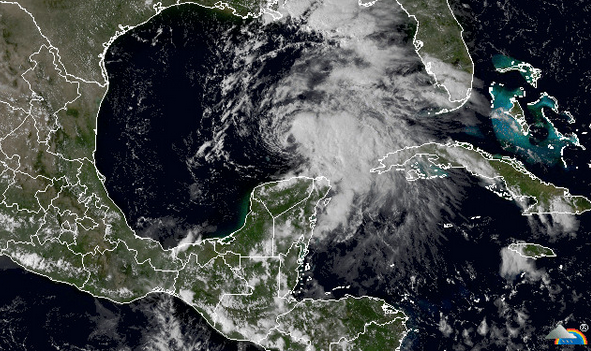 Tropical Storm Karen, currently swirling around the Gulf of Mexico, “is the first tropical storm, possibly hurricane, that’s really, truly threatened the U.S. coast in 2013,” says Angela Fritz of weather information service Weather Underground. This season was predicted to be a rough one for hurricanes, and it’s turned out oddly mild, which has left everyone especially on their toes. Karen is projected to make landfall somewhere between New Orleans and Tallahassee, possibly as a Category 1 hurricane. And most of the people responsible for tracking the storm, warning the public, and studying the storm for use in the future are either not allowed to work or forced to work for no pay.

Storm tracking is a difficult science, handled by several branches of government as well as scores of private companies. The National Hurricane Center (NHC) and the National Weather Service (NWS) are departments within the National Oceanic and Atmospheric Administration (NOAA, pronounced like the name “Noah”), which in turn is under the control of the U.S. Department of Commerce (though President Obama, noting that this makes no sense, announced plans to move NOAA under the control of the Department of the Interior). Then there’s FEMA, which operates under the Department of Homeland Security. All of these organizations work with companies like Weather Underground, the Weather Channel, and various laboratories and researchers and university departments. The NWS gets most of the raw data from satellites and radar, which is shared with the private companies. In turn, the private companies can get much more granular on-the-ground data, which they share with the NWS, NHC, and FEMA. It’s enormously complex in the best of times, and right now is far from the best of times.

Dan Sobien, president of the National Weather Service Employees Organization, tells me that somewhere between 75 and 80 percent of NWS employees are considered “essential” and thus exempted from the furlough that left hundreds of thousands of government employees temporarily out of work. (That number varies due to need; Sobien himself was called back to his job today.) But being exempted from the furlough isn’t at all business as usual. For one, they aren’t being paid. “There’s no money to pay them,” says Sobien, and even if there was, the government employees responsible for payroll and human resources were sent home, so there’s nobody to issue the paychecks. “Nobody knows when anyone’s going to get paid,” he says.

They’re issued IOUs, basically, but exactly when they’ll be paid is anyone’s guess. And even besides that, the NWS and NHC are working overtime, because, you know, there’s a possible hurricane brewing just south of New Orleans, and nobody seems to know if anyone will get paid for that overtime. Sobien suggested that the only person who might know is the actual Secretary of Commerce. That’s like saying only the CEO of McDonald’s knows if the kid working the fry station in a McD’s in Columbus, Ohio is going to get paid this week. 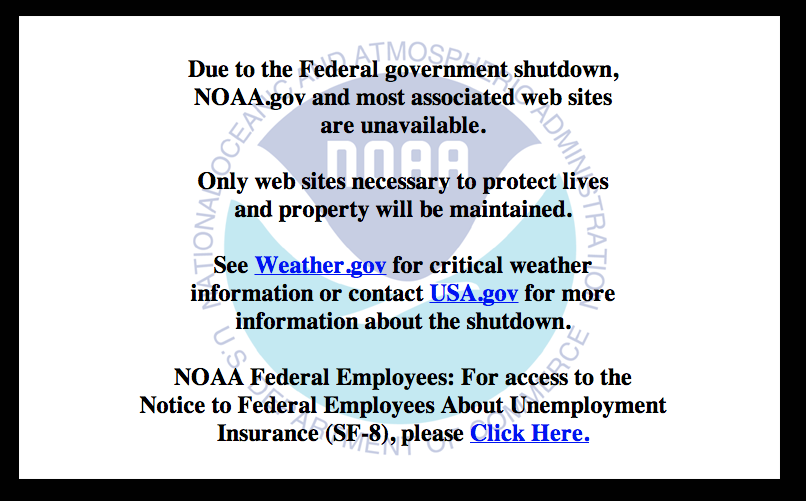 Even worse, typical leave was suspended. Both Sobien and Fritz mentioned a friend of theirs at the National Weather Service who is nine months pregnant…and working. Normally she would, obviously, be given maternity leave to go and give birth. But during a shutdown, there’s no such option. Her only choices are to keep working or voluntarily go on furlough, at which point she is effectively laid off. She wouldn’t automatically get her job back after maternity leave or after the shutdown is over; “Once she leaves to have the baby, she’d be put on furlough status, and couldn’t come back to work unless the Secretary of Commerce approves her coming back,” Sobien says.

Another example: “There was a guy whose mother passed away,” says Sobien, “and the funeral was in Germany. He paid a few thousand dollars for tickets. […] They told him it was his choice: he could become furloughed and not get paid and cancel his tickets, or he could cancel and work.” That guy chose to stay and work. “I’ve got a couple dozen stories like that,” says Sobien. This is the way we treat the people tasked with keeping us safe.

NOAA is comparatively flush with employees; about 55 percent of the NOAA have been sent home, which is luxurious compared with the 96 percent of Environmental Protection Agency or 97 percent of NASA employees who are currently watching _Top Chef _on the couch at home. But that’s less than half of an organization that, it says, is already understaffed. The employees who are declared essential often are indeed essential, but that doesn’t mean the other employees aren’t. At the Climate Prediction Center in Maryland, most of the climate prediction scientists have been furloughed. Well, no big deal, right? Those guys aren’t essential day to day, are they? Well, um, they kind of are.

“These are the scientists that fly in with the hurricane hunter airplanes and do experiments,” says Sobien, “hoping to develop better models of the storms. There could be something unique about Tropical Storm Karen that could make all the difference in the world in the next generation of hurricane models that we’re missing out on, because they’re all furloughed.” Is it essential? Well, not for Tropical Storm Karen, maybe. But when the next massive storm like Sandy or Katrina comes, we’ll be less prepared than we should be.

For her part, on the private side, Angela Fritz is concerned about communication. Weather Underground doesn’t operate its own satellites or radar planes; it depends on the NWS and NHC to supply that data. Given that most government websites are currently shut down–Ready.gov, run by FEMA, currently says “NOTICE: Due to the lapse in federal funding, this website will not be actively managed”–the responsibility for alerting the public falls largely on the shoulders of private companies like Weather Underground.

The NWS and NHC won’t be allowed to do anything that isn’t “mission critical,” as an NWS climate scientist told ClimateCentral. That means they can’t interact with or answer questions from the public on Facebook and Twitter, nor can they continue outreach in schools, nor can they perform any maintenance which isn’t deemed an emergency. But routine maintenance now is what stops there from being emergency maintenance later! 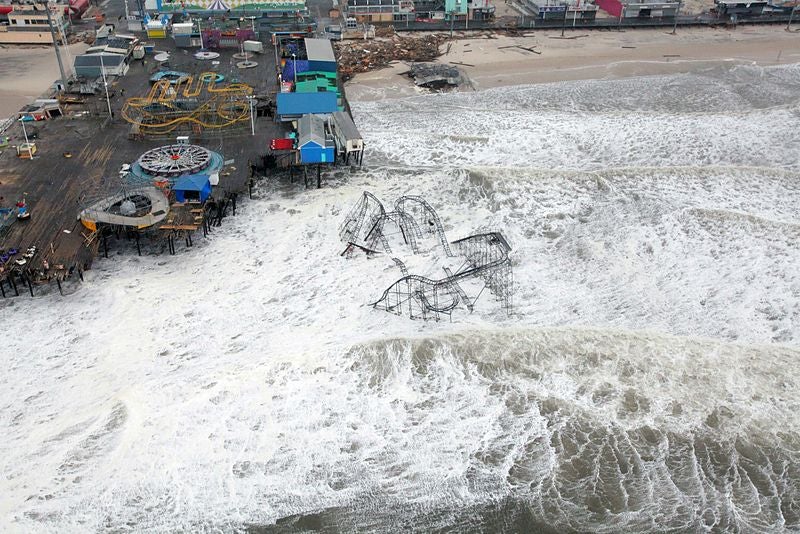 Nobody I spoke to thinks Tropical Storm Karen is likely to be a disastrous mega-storm like Sandy or Katrina. Though Fritz notes that the Gulf of Mexico is notorious for changing on a dime, and that Karen could turn into a nasty, destructive hurricane any minute, they have noticed some clues that indicate it’s losing power, and probably won’t cause too much damage. But that’s sort of irrelevant; the employees responsible for monitoring storms, warning the public, and keeping us safe in the future are being utterly screwed, without pay, thanks to a ridiculous temper tantrum thrown by the Republicans in the House. Surely we can all agree that a pregnant meteorologist shouldn’t have to effectively quit her job (which consists of saving our dumb butts) to have a baby.