The Sharpest Photos Of Space Ever

With a new camera system, astronomers are seeing the universe in super high-resolution. 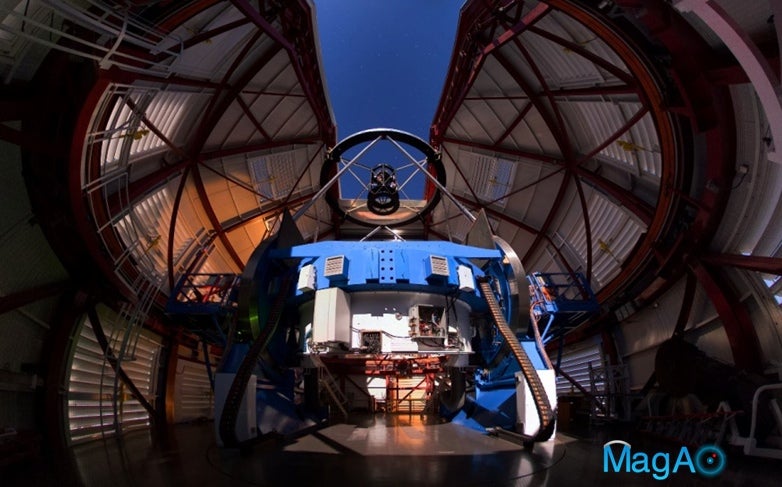 A team of astronomers from the University of Arizona, Italy’s Arceti Obervatory, and the Carnegie Observatory has developed a new camera system that can record images in visible light twice as sharply as the Hubble Space Telescope. This is really impressive, considering Hubble is up in space and doesn’t have to take pictures through Earth’s turbulent atmosphere; this new system operates from a telescope in Chile’s high desert.

The second Magellan telescope at Chile’s Las Campanas observatory started watching the sky in 2002. Because it sits in the world’s driest place, it doesn’t have to contend with haze from humidity that distorts light from space. The observatory is also 7,810 feet above sea level, which reduces the amount of dense air the telescope has to peer through to look at the stars.

Though Hubble’s mirror is just 8 feet wide, up until now it has captured much clearer images than Magellan II’s 21-foot diameter mirror. Thanks to the new Magellan Adaptive Optics (MagAO) system, that’s changing.

These are the highest resolution photos taken by a telescope.

On the left is a “normal” photo of the theta 1 Ori C binary star in red light. The middle image shows the same object, but with MagAO’s adaptive optics system turned on. Eliminating the atmospheric blurring, the resulting photo becomes about 17 times sharper, turning a blob into a crisp image of a binary star pair.

The MagAO system adds two features to the telescope that enable it see the stars so clearly. The first is a secondary mirror, 1/16th of an inch thick and and 2.8 feet across, that floats on a magnetic field 30 feet above the primary mirror. To counter distortion from Earth atmosphere, this floating mirror can change its shape at 585 points on its surface, 1,000 times a second.

The second feature is a new visual light camera, dubbed VisAO, which uses simultaneous differential imaging to precisely capture multiple images through different filters, which are combined into a composite picture. Because it captures different bands of light as different layers, overly bright layers can be removed later, revealing variations in the darkness beneath. 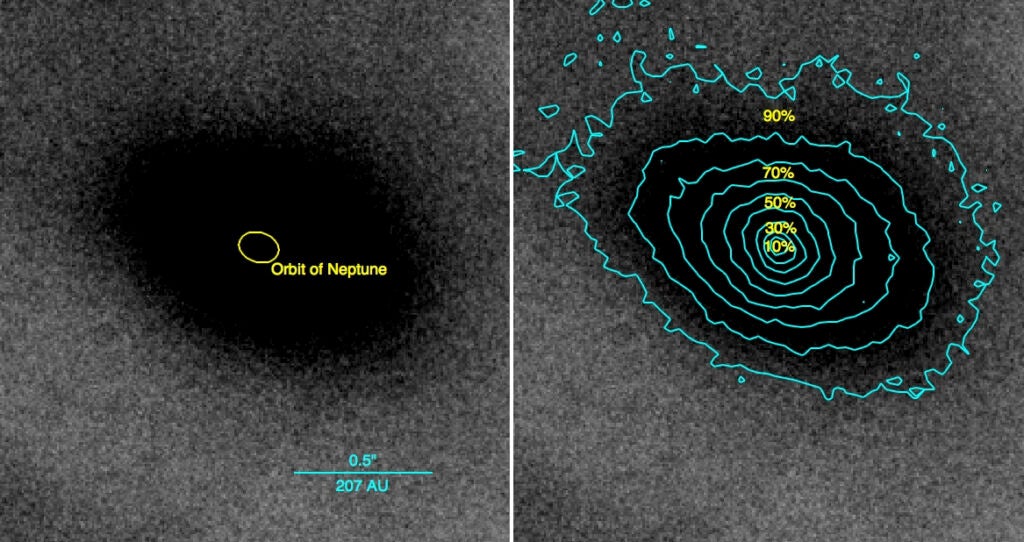 A Magellan Adaptive Optics image of Orion 218-354 silhouette after removal of light from the central star. The image on the left shows the dark silhouette of the disk against the bright background light of the Orion nebula. The image on the right shows how the new capabilities allowed astronomers to probe of nebular light passing through the disk, telling them about the distribution of gas and dust.

What can be revealed by looking into the darker layers? Dust, mostly. The above image peers into Orion 218-353, a ring of dust, gas, and other objects. Magellan and MagAO let astronomers look really closely at it, and cut through the light of the star dust to find an opaque cloud in the middle. Not only is there dust, there is enough dust to obscure starlight.

Cool! So what does the density of dust tell us? Well, normally planets form in stellar nurseries like this. This one might not be forming planets, as the translucence of its outer layers indicate that it might not have enough mass to do so.

Space dust, now clearer than ever before. 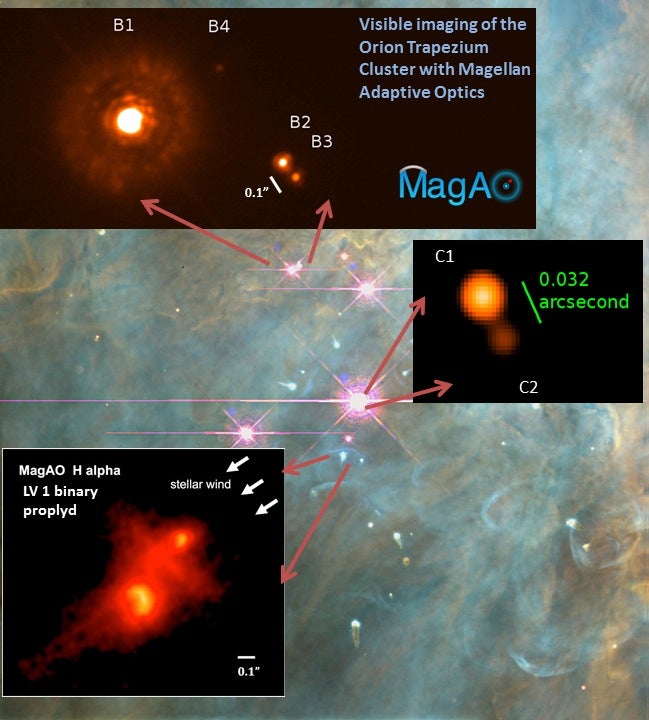 New details about the Orion nebula