Earth 2.0: Where Are The Habitable Worlds Of ‘Interstellar’?

Don’t pack your bags yet 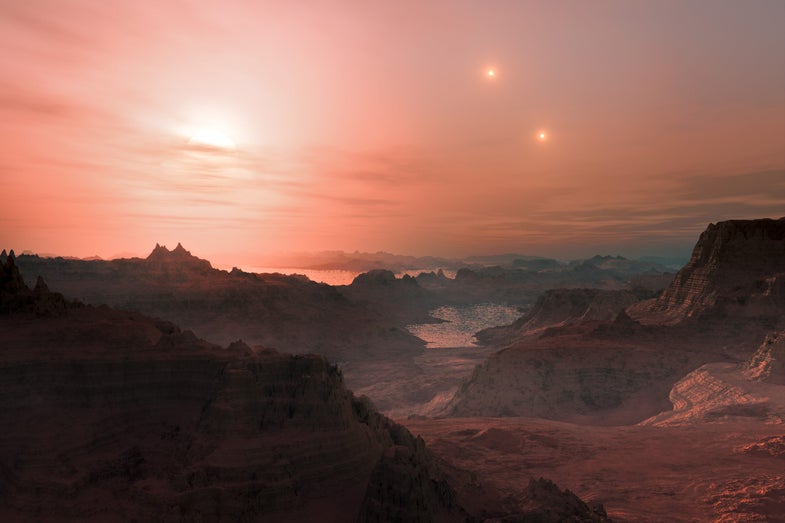 This artist’s impression shows a sunset seen from the super-Earth Gliese 667 Cc. The brightest star in the sky is the red dwarf Gliese 667 C, which is part of a triple star system. The other two more distant stars, Gliese 667 A and B appear in the sky also to the right. Astronomers have estimated that there are tens of billions of such rocky worlds orbiting faint red dwarf stars in the Milky Way alone.
SHARE 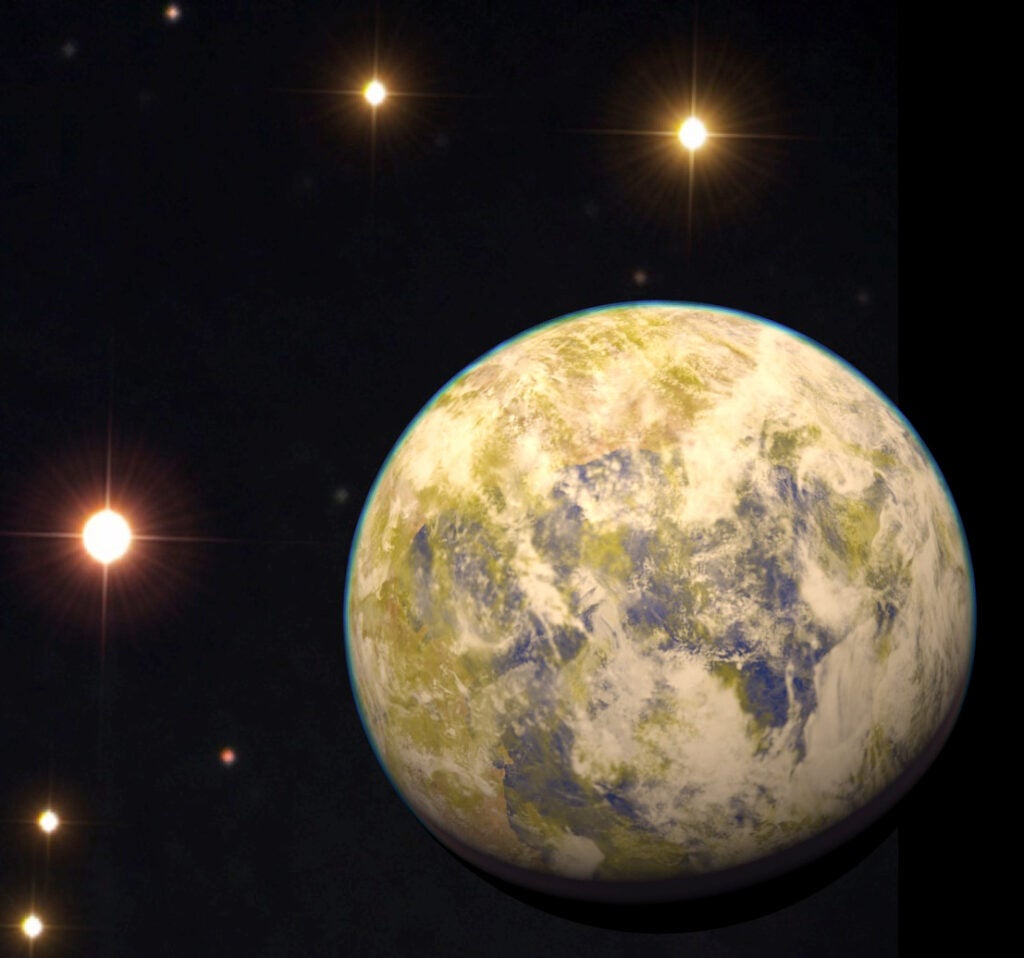 Scientists think Gliese 832c’s temperature might be similar to Earth’s. However, it could have a dense atmosphere that traps heat, boiling any water away. Mass: 5.4 Earth masses Year: 36 days Distance From Earth: 16 light-years

In the upcoming film, Interstellar, a group of heroes blasts off from a dying Earth to search for a new home for humanity. For reasons that aren’t explained in the trailer, the solar system (including Mars) apparently cannot help. Instead, the extraplanetary explorers must seek out Earth 2.0 in another star system.

“There are twelve potentially habitable worlds within our reach,” promises one of the Interstellar trailers. Setting aside the fact that we currently have no handy wormhole or any other way of reaching other star systems: If the Sun were to explode next week, and humanity had to evacuate the solar system, where should we go?

It is entirely plausible (and even expected) that exoplanets are out there that are just as hospitable as Earth. Scientists think there could be 40 billion Earth-sized habitable worlds in the Milky Way alone. Several have already been detected. 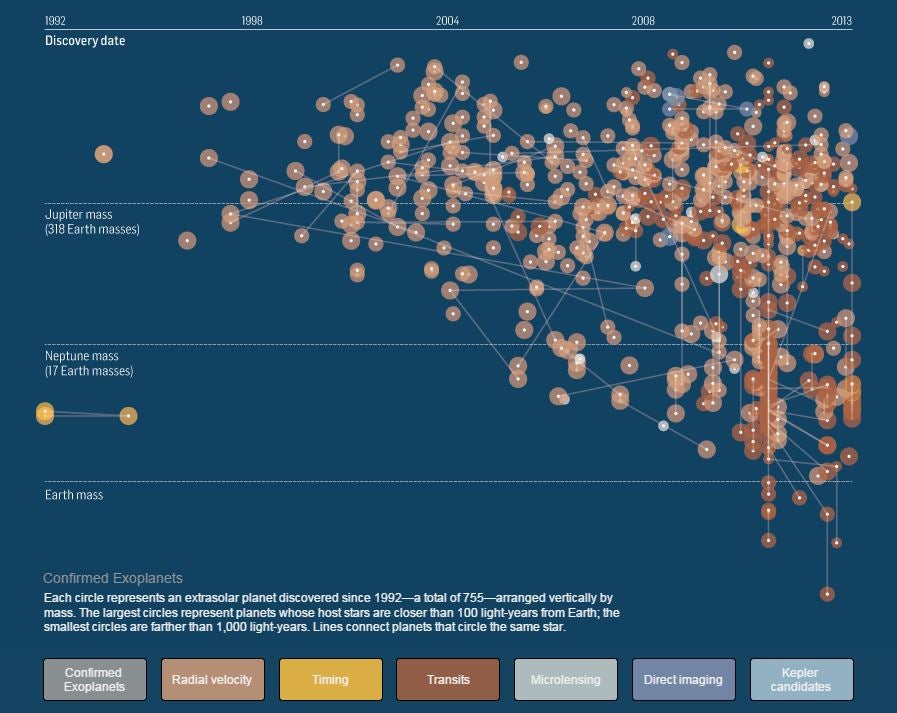 Click to interact with this chart of exoplanet data.

Scientists rate the potential habitability of a planet by several different measures. One is the planet’s location in the habitable zone—the so-called “Goldilocks region” around a star where it would be not too hot and not too cold for liquid water to form on a planet’s surface. Another measure is the Earth Similarity Index, which compares the planet’s radius, density, and surface temperature to that of Earth.

“The nearest Earth 2.0 is probably only a dozen light-years away or less.”

“I think that in the big scheme of things, the idea that we’ll someday have to escape the solar system to continue surviving is irrefutable,” says Lee Billings, author of Five Billion Years of Solitude: The Search for Life Among the Stars. “But that’s a long time in the future, and we probably shouldn’t be too eager to abandon our home planet without very good reasons.”

So where should we go? That’s a tough question to answer, says Billings. Scientists haven’t yet spotted the perfect home-away-from-home for Earthlings. And in the past, we would have answered the question wrong. At various points in time, three different exoplanets orbiting the dwarf star Gliese 581—Gliese 581c, 581d, and 581g—were considered the most potentially habitable planets out there. But it turned out that 581c is probably too hot and gassy to be habitable, and 581d and 581g don’t even exist. If we had launched explorers to those planets, Billings points out, they would travel for hundreds of years and find nothing at the other end.

The other problem is that most of the potentially habitable exoplanets so far have been spotted around dim stars called M-dwarfs. Since M-dwarfs give off less heat than our Sun, the planets around them have to be closer to the star in order to have liquid water—too close for comfort, according to some scientists. Any planets in orbit in the habitable zone of an M-dwarf would be at risk for devastating solar flares and tidal locking—where one side of the planet continually faces the star, similar to Earth’s moon, potentially resulting in a hot side and a freezing cold side.

“Most of the planets we’ve found so far are borderline cases,” says Billings. “We don’t know enough about them to know what their environments are like, and in some cases we don’t even know for sure that they exist.”

But there’s good news too: “The nearest Earth 2.0 is probably only a dozen light-years away or less,” Billings says. “I think we’re on the cusp of finding it, and there are lots out there, but we don’t have a bona fide, true-blue planet like Earth yet.”

To find out more about the science of Interstellar, click here, and check out the gallery below. 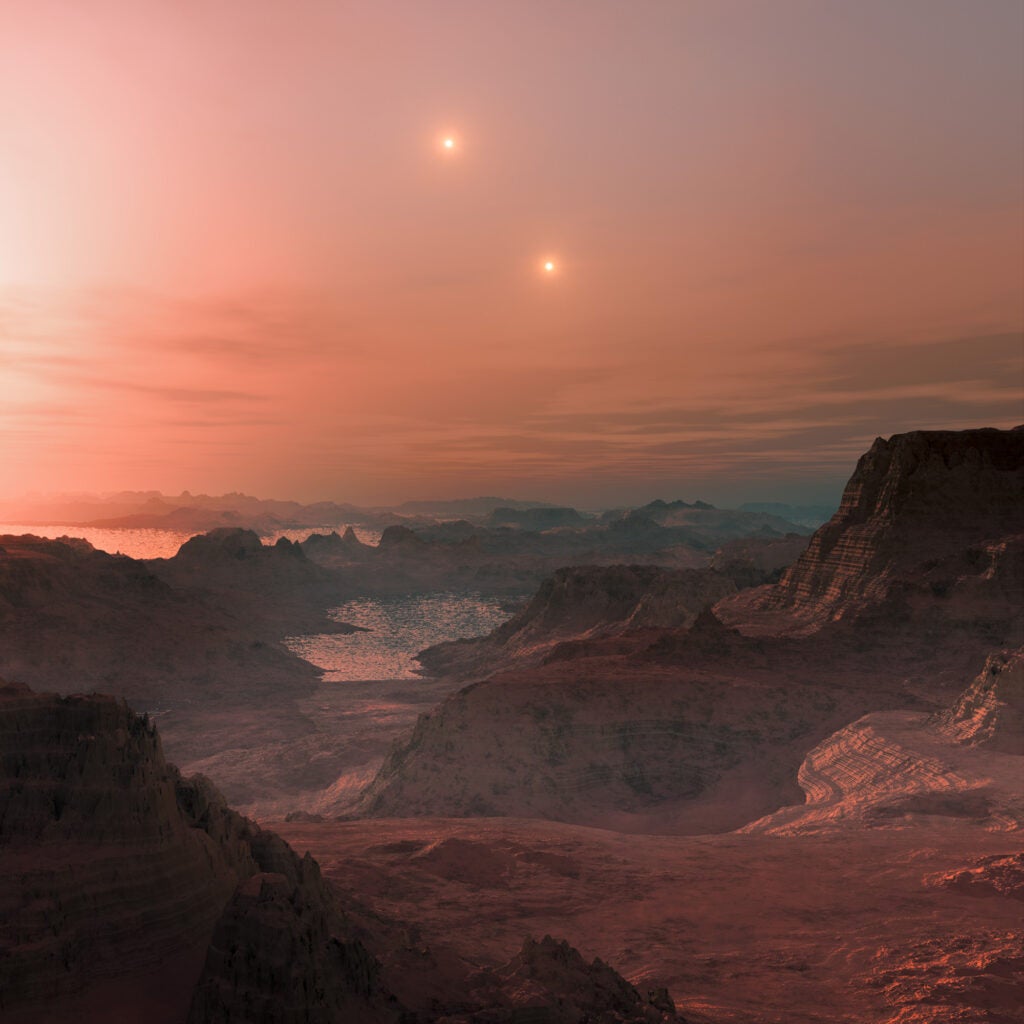 This planet is found in a triple star system—meaning it has three Suns in its sky. That probably explains why its average temperature is estimated at a balmy 86 degrees Fahrenheit. Mass: At least 4.3 Earth masses Composition: Rocky Year: 28 days Distance From Earth: 22.7 light-years 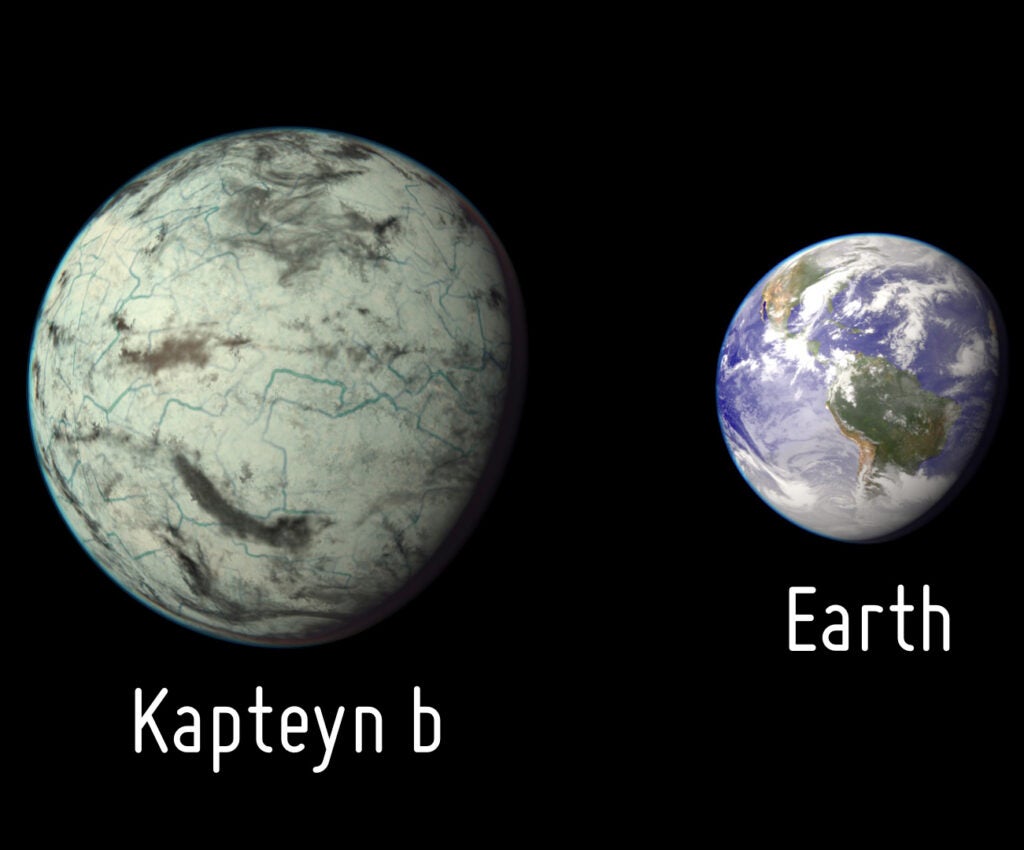 At 13 light-years away, Kapteyn b is the closest exoplanet we know of that orbits its star in the habitable zone. It is twice as old as Earth, which makes alien hunters hope that complex life could have had time to evolve there. Mass: 4.8 Earth masses Year: 48 days Composition: Possibly rocky

Scientists think Gliese 832c’s temperature might be similar to Earth’s. However, it could have a dense atmosphere that traps heat, boiling any water away. Mass: 5.4 Earth masses Year: 36 days Distance From Earth: 16 light-years 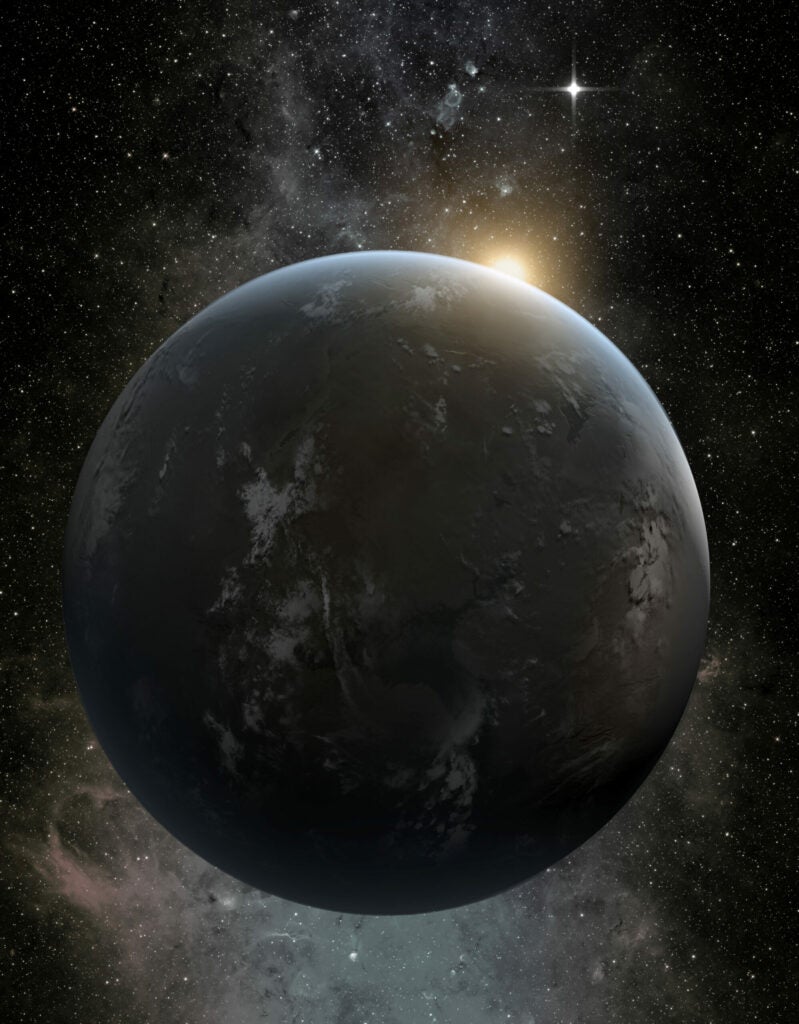 Although Kepler 62f is close to Earth-size, and it orbits its star within the habitable zone, some scientists suspect the planet is a water world, completely covered in oceans. That could make it difficult for refugees from Earth to survive. Size: 1.4 Earth radii Composition: Probably rocky Year: 267 days Distance: 1200 light-years 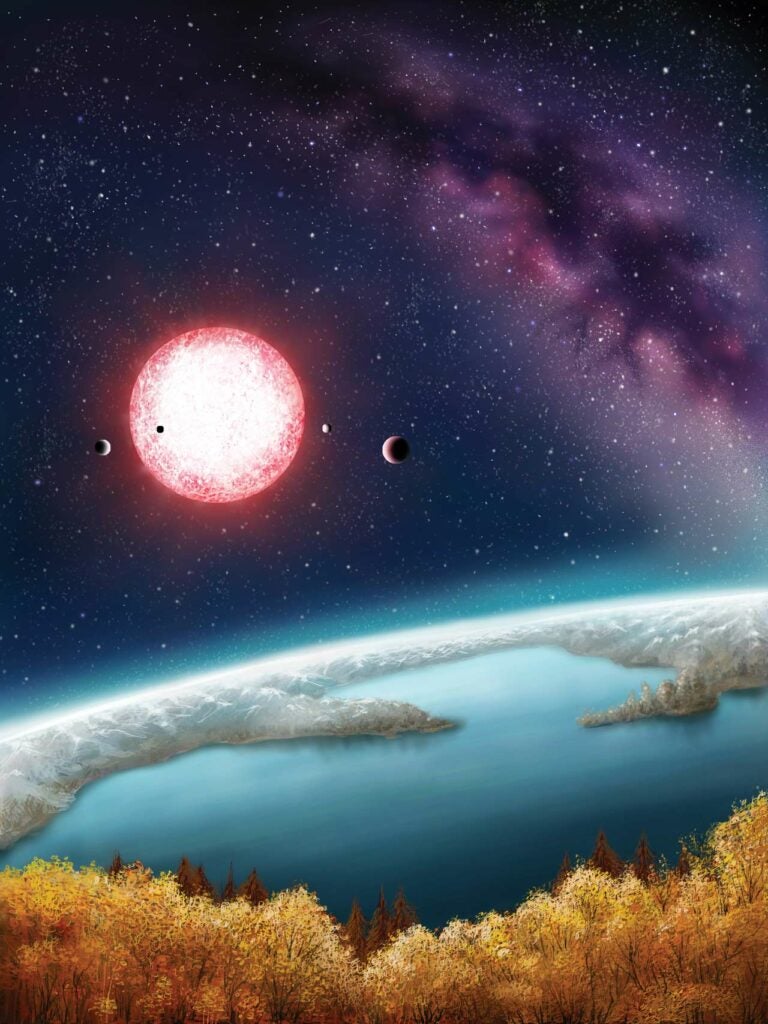