Researchers have confirmed six new planets beyond our solar system, the prelude to an avalanche of exoplanet discoveries soon to... 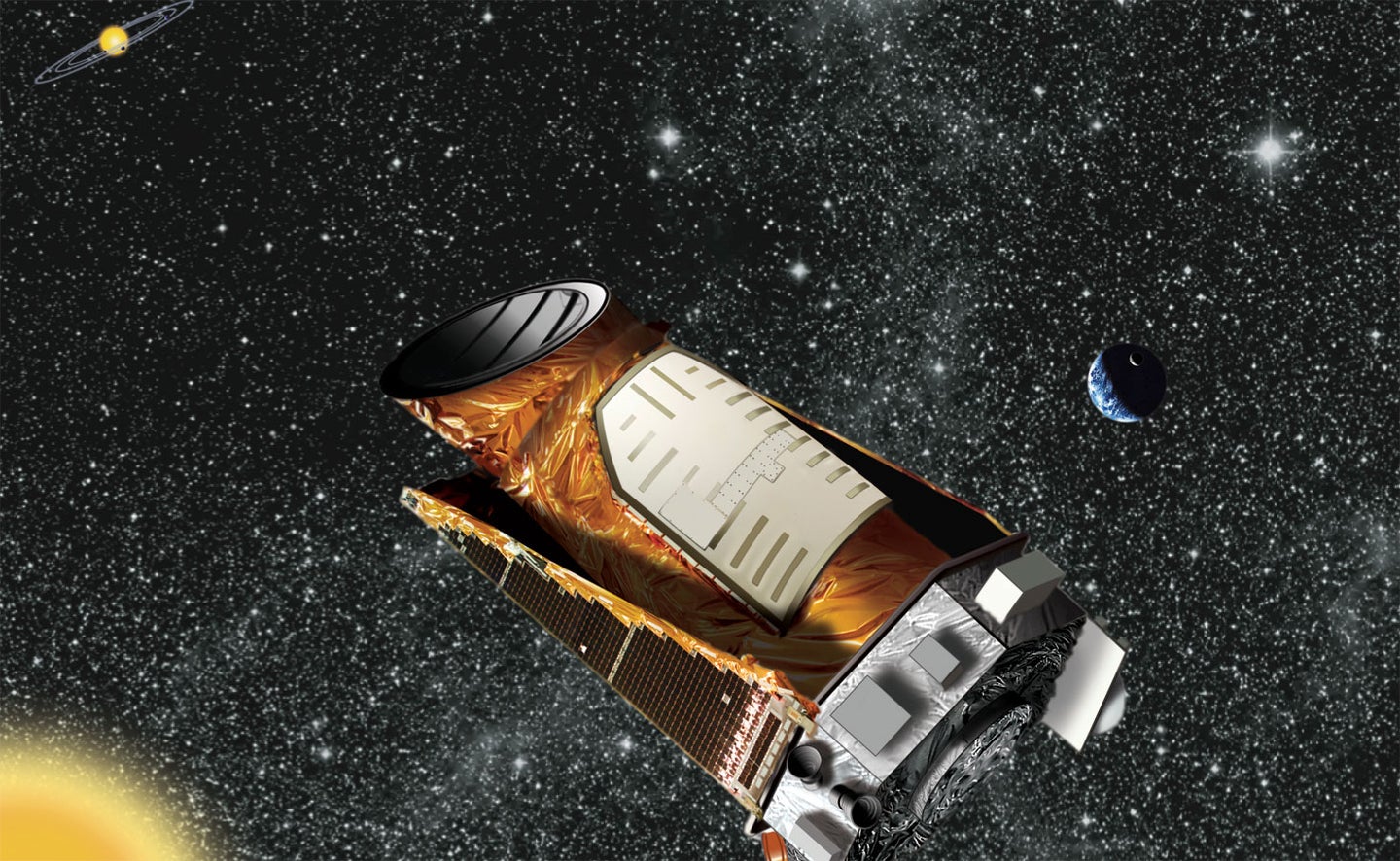 An artist's rendition of the Kepler space telescope, seen from its outpost in deep space. NASA
SHARE

Researchers have confirmed six new planets beyond our solar system, the prelude to an avalanche of exoplanet discoveries soon to cascade from NASA’s Kepler mission.

Astronomers will use ground-based telescopes to do follow-up observations on those stars. The 28-member Kepler team is keeping some of the juiciest stars for itself, however — actually common practice in space telescope circles, but a decision that has sparked some controversy.

Astronomers using space telescopes like Hubble get a year with their data before it’s released to the public, allowing them plenty of time to publish their findings and get proper credit for their work. But the Kepler team is getting a few extra months, according to a NASA decision originally reported by Nature.com.

The newest findings come from the CoRoT (Convection, Rotation and Transits) space telescope, operated by the French space agency (CNES). They include a small Saturn-like planet, a massive Jupiter-esque world and even a rare brown dwarf, a failed star.

Kepler is designed to look for Earth-like planets orbiting Sun-like stars in a temperate “Goldilocks zone,” where temperatures are right for liquid water. It stares at a patch of thousands of stars in the constellations Cygnus and Lyra and notes teeny changes in their brightness, which could indicate planets passing in front of the stars’ faces. But the changes could also indicate other things, like eclipsing binary systems, which are apparently more common than scientists thought.

The Kepler team wants to be certain the blips they’re seeing are actually planets. Launch delays led the team to miss out on several months of Earth-based observations last summer — the stars in question are only visible from April until September — and a full summer of research is needed to double-check the findings so they’re not misinterpreted, the team says. The team has until February 2011 to study its secret list of 400 “objects of interest.”

Some think this is unfair, however. Nature and the New York Times both quoted astronomers who want the Kepler team to share all their findings now, instead of holding back 400 stars until next February.

There are plenty of stars to examine, as B. Scott Gaudi, an astronomer and planet hunter at Ohio State University, told the Times: “They need help. If they were more open they would be able to get more science out.”

NASA officials said there’s plenty for astronomers to examine without the extra 400: Tuesday’s data dump was the most precise, longest and largest data set of stellar photometry ever released.

“The results will only get better as the duration of the data set grows with time,” said David Koch, Kepler deputy principal investigator at NASA’s Ames Research Center in Moffett Field, Calif.