Happy 50th Birthday to the Search for Extraterrestrial Intelligence!

Celebrating half a century of no aliens 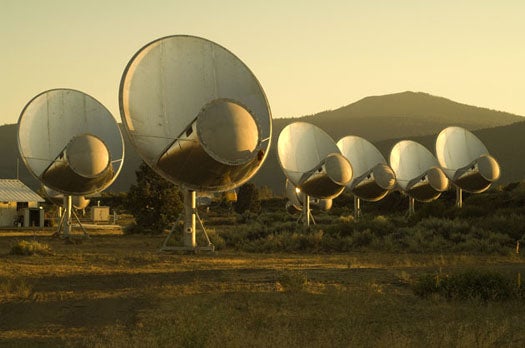 Fifty years ago today, on April 8th, 1960, a Cornell astronomy professor named Frank Drake pointed a radio telescope at the star Tau Ceti in the hope of hearing broadcasts from extraterrestrial intelligence. Naturally, he didn’t hear anything out of the ordinary. But with this experiment, Drake began the decades-long search for aliens, known as the Search for Extraterrestrial Intelligence (SETI), that celebrates its 50th anniversary today. Over the last half century, SETI has failed at its initial goal of contacting aliens, but succeeded mightily in bringing new attention to astronomy, helping to develop cloud computing, and inspiring generations of new scientists.

In the 1960s, SETI drew considerable interest from NASA, the National Science Foundation, and the famous astronomer Carl Sagan, but 1977 marked the high point for SETI. In that year, Drake and Sagan successfully lobbied NASA to equip the the Voyager Probe with a golden disc inscribed with information about Earth on one side, and recordings of pop, classical, and traditional music on the other. Ideally, when Voyager left our solar system, it would be found by aliens who would decode the disc, learning about our planet’s life. It remains the only physical SETI message every sent out into deep space. 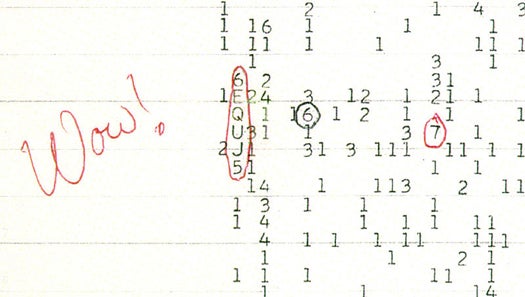 Also in 1977, the SETI-operated Big Ear radio telescope received the historic “Wow!” signal, a 72-second-long burst of powerful radio waves. At the time, the scientists interpreted the Wow signal as the only burst ever detected that might have actually originated in an extraterrestrial civilization. Subsequent searches failed to find a repeat of the signal, and in the years since scientists have produced a number of more likely explanations for the signal’s source. However, the Wow signal is still the closest SETI ever got to receiving a message from ET.

While SETI obviously failed at finding actual alien intelligence, it continues to inspire to this day. SETI At Home, a screen saver that helped scientists parse through huge amounts of data, set the stage for programs used today by Berkley’s biology lab and the Large Hadron Collider. And closer to SETI’s original mission, the development of telescope technology advanced enough to detect exoplanets has revitalized the search for ET’s in recent years by locating Earth-like planets circling distant stars.

So happy 50th, SETI! Here’s to another 50 years as productive as the last, and maybe even finding some little green men in your next half century of groundbreaking research.