Astronomers Use Hubble Data to Predict the Movement of Stars For the Next 10,000 Years

Just last week we learned that Hubble has glimpsed the most distant object ever recorded, an object so far away... 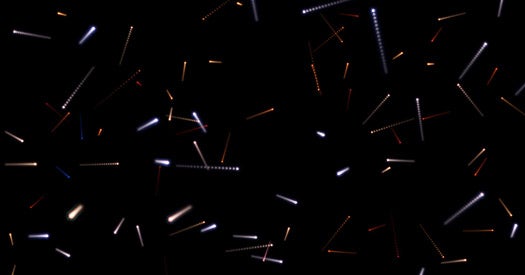 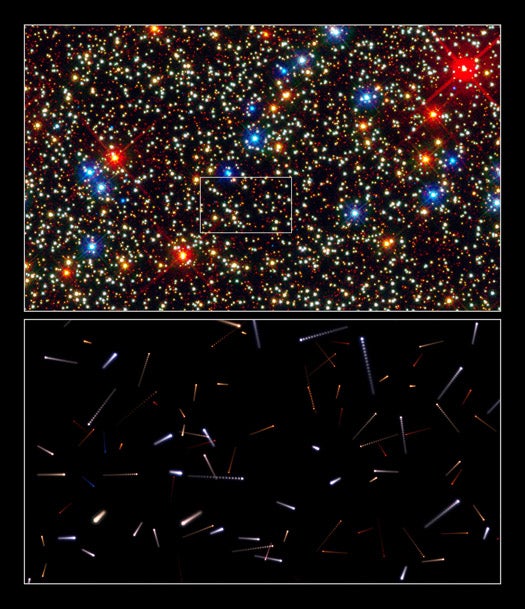 Just last week we learned that Hubble has glimpsed the most distant object ever recorded, an object so far away that it offered a glimpse of what the universe looked like some 13 billion years ago. Now, Hubble has charted the movements of stars in a globular cluster much closer to home, allowing astronomers to chart how the stars there will move over the next 10,000 years, offering a glimpse of the future as well.

Omega Centauri, a globular cluster here in the Milky Way containing nearly 10 million stars, is an extremely busy hub of stellar activity. Those 10 million stars, all crammed together in a relatively tight space, are all swarming around a common center of gravity. Centuries ago it appeared as a single star, but the stargazing abilities of Hubble have allowed astronomers to pick out the individual stars and chart their positions.

But to truly grasp how such globular clusters came to be, researchers need to understand how those stars are moving, and whether or not there might be a intermediate-mass black hole hiding somewhere among them. So researchers at the Space Telescope Science Institute in Baltimore began analyzing images taken over a four-year period by Hubble’s Advanced Camera for Surveys.

Using images taken from 2002 to 2006, the researchers were able to chart the motions of more than 100,000 stars over that short period of time and extrapolate that data over coming millennia. They used that data to create a video simulation of Omega Centauri’s star motion over the next 10,000 years, which you can check out below.