Kepler Telescope Spots Hotter, Weirder Bodies Than Ever Before Seen (In The Sky, That Is)

It’s been less than a year since NASA launched the Kepler Space Telescope, and the device is already paying off... 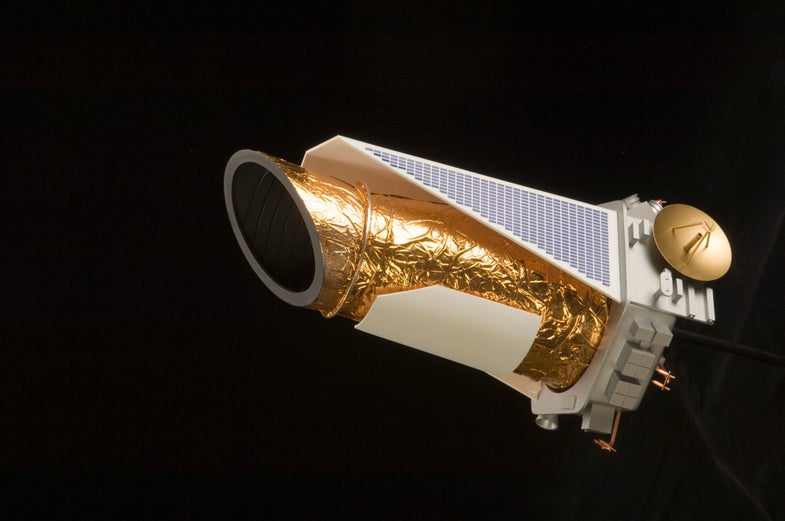 Table Top model of the Kepler Telescope: A Mission in search of Habitable Planets around other stars. NASA Ames photographer Tom Trower.
SHARE 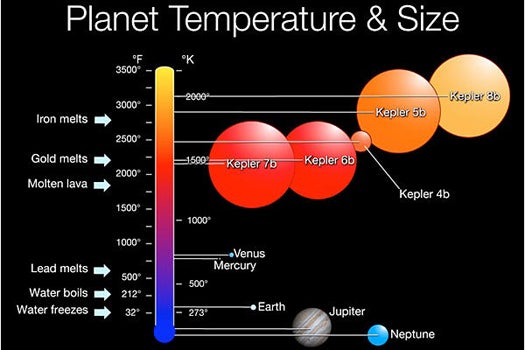 It’s been less than a year since NASA launched the Kepler Space Telescope, and the device is already paying off with new discoveries. In particular, NASA scientists have identified a planet with the consistency of styrofoam, a gaggle of exoplanets, and two never-before-observed objects too small to be stars, but too hot to be planets.

NASA researchers revealed these discoveries yesterday, during a meeting of the American Astronomical Society. These revelations cover the first data sets produced by the Kepler Telescope, which launched in March 2009.

The styrofoam planet, called Kepler 7b, is 1.6 times the size of Jupiter, and less dense than water. If that wasn’t weird enough, Kepler 7b also maintains a toasty 2300-degree Fahrenheit surface temperature, roughly hot enough to melt gold.

But those planets weren’t even the hottest objects Kepler found. Two of the objects Kepler detected were hotter than the stars they orbited, thus failing to resemble any previously observed astronomical bodies.

The objects are far smaller than stars, but much too hot to be planets. Some astronomers think that they might be newly formed planets, still hot from their chaotic birth. However, others think they might be white dwarf stars, slowly shrinking and dying as they orbit a more stable twin star at the center of their solar system.

And while these exotic bodies are certainly interesting, the most exciting discoveries announced yesterday were of something incredibly common to us Earthlings: sun-like stars. Based on measurements taken through Kepler, the NASA astronomers determined that only one third of 43,000 observed sun-like stars emit periodic life-killing bursts of radiation. This number is far lower than the previous estimate, and greatly expands the number of known solar systems potentially capable of harboring alien life.

Despite all the fascinating discoveries, the rate of discoveries coming out of Kepler may have been the most impressive revelation of the talk. Within the first six weeks of operation, scientists had already used Kepler to confirm five new exoplanets, a rate of discovery that makes Kepler a worthy successor to the Hubble.

[The Christian Science Monitor and The New York Times]