We may never see the surface of a planet in another solar system, but that doesn’t mean we can’t imagine... 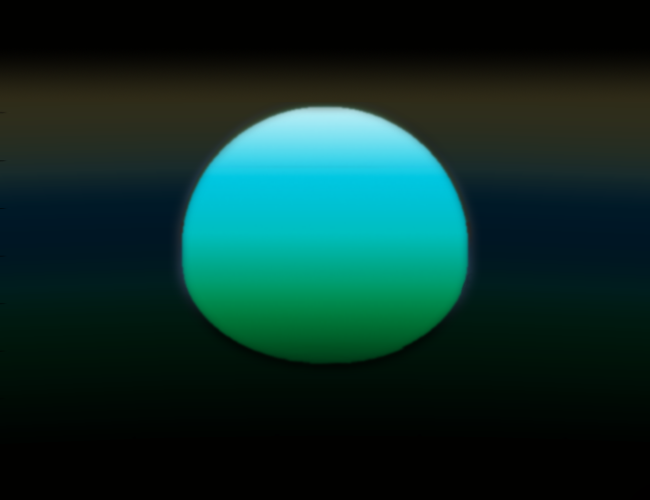 Sunset on the extremely well-studied exoplanet HD 209458b, also known as Osiris, would look pretty much like this. The image was reconstructed from a transmission spectrum taken with the Hubble Space Telescope'a Space Telescope Imaging Spectrograph. Frédéric Pont
SHARE

We may never see the surface of a planet in another solar system, but that doesn’t mean we can’t imagine it with great accuracy. Equipped with careful observations, it’s possible to visualize the sunset as it would look from a distant exoplanet. This is what it looks like.

This image, created by exoplanet researcher Frédéric Pont, uses data from the transmission spectrum of exoplanet HD 209458 b, a.k.a. Osiris, one of the oldest known worlds in the exoplanet pantheon. It’s a pretty big planet, about 70 percent the size of Jupiter, and it orbits very close to its sun-like star. As Osiris crosses in front of the face of its star, the starlight passes through its atmosphere. The light can be studied with a spectrograph to determine what the atmosphere contains.

After Osiris was discovered in 1999, astronomers pointed the Hubble Space Telescope’s Space Telescope Imaging Spectrograph toward this star system and were able to detect an atmosphere on Osiris. The spectrograph broke it down into its constituent parts, and Pont entered this data into some computer models to make his sunset image.

The star is white like the sun, so it appears white beyond the planet’s atmosphere. As it sinks toward the horizon, it acquires a bluish tinge, because sodium in Osiris’s atmosphere absorbs light in the red and orange parts of the spectrum. Deeper down, the atmosphere scatters blue light, too, so the star looks green and then pukey greenish brown. It looks flattened at the bottom due to the diffraction effect, just like how the sun looks flattened in an Earth-based sunset.

Osiris has no surface, so this image depicts what the sunset would look like if you were floating 6,200 miles above the planet and watching the star set beneath the planet’s curvature. Pont explains in further detail on his website.