Scientists Confirm the First Direct Photo of an Exoplanet

See that little dot in the upper left corner? It is a planet orbiting a sun-like star. We know of... 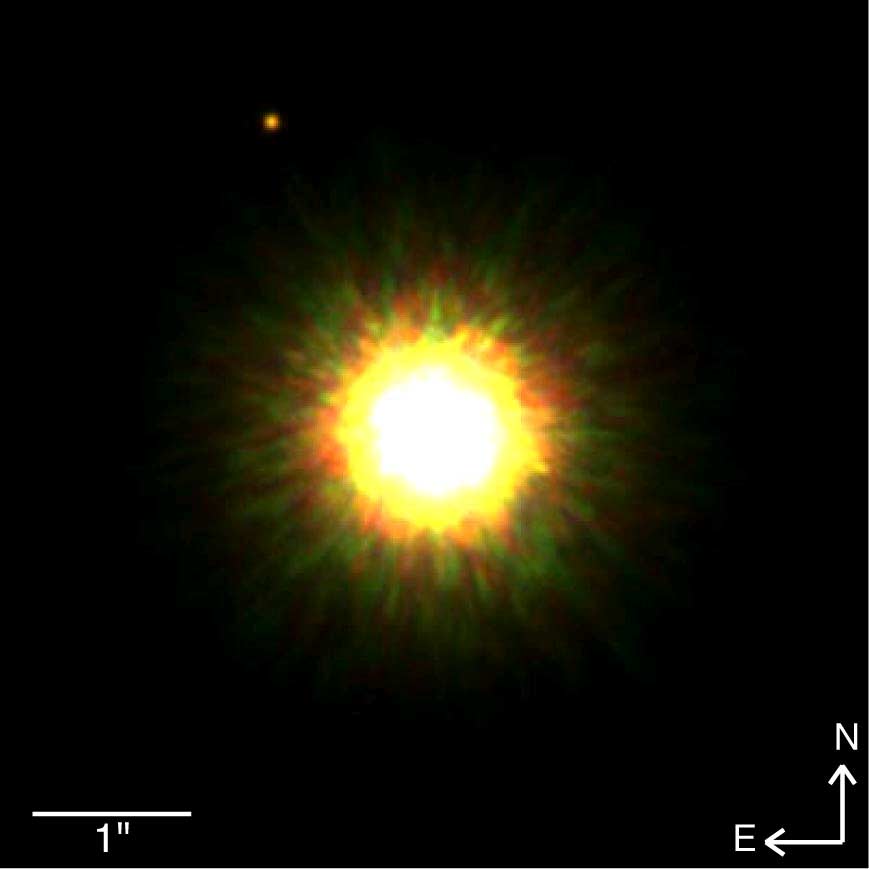 See that little dot in the upper left corner? It is a planet orbiting a sun-like star. We know of a few hundred planets like this, but this one is special — we now know it’s the first one to have its picture properly taken from Earth.

The adaptive optics system at the Gemini Observatory in Hawaii snapped this photo in the infrared part of the light spectrum. It shows a hot, large Jupiter-like planet near a smallish sun-like star. It was actually found two years ago, but astronomers couldn’t be sure they were really looking at a planetary system and not some lucky alignment of objects. Now they’re sure.

“Our new observations rule out this chance alignment possibility, and thus confirms that the planet and the star are related to each other,” says David Lafrenière of the University of Montreal and Center for Research in Astrophysics of Quebec.

The team also took the planet’s spectrum, measuring its temperature and composition. Now that they know it really does orbit this star, Lafrenière retroactively claims firstie on an exoplanet spectrum.

Other famous exoplanet photos have shown us blocked-out stars with fuzzy dots at their sides. This one shows the blazing star, too, putting in context that this is really a solar system.

The planet is also special because it challenges planetary scientists’ best planet-formation theories. It’s far from its star, about 300 times farther than Jupiter is from the sun. It would take the planet roughly 1,000 years to complete one orbit.

The unlikely locale of this alien world could be telling us that nature has more than one way of making planets,” says Ray Jayawardhana of the University of Toronto, who co-authored a paper on the findings, recently accepted for publication in Astrophysical Journal. “Or, it could be hinting at a violent youth when close encounters between newborn planets hurl some siblings out to the hinterlands.”

The planet has water vapor, carbon monoxide and molecular hydrogen, but it’s a scorching 2,700 degrees F, way hotter than Jupiter. This temperature at such a distance shows that the planet is very young, according to Gemini Observatory.

When planets form, compressing rock and gas through gravity, things get very hot. Once the contraction phase is over, the planet will radiate heat in the form of infrared light. After a few billion years, it will be roughly the temperature of Jupiter. It’s about eight times larger than our biggest planet.

It is about 85 percent of our sun’s size, so planetary scientists would like to know how its planets formed, because it could offer a glimpse into what happened in our own solar system.

The Gemini team believes this hot, large Jupiter is alone — unless it has some very small companions they have not yet been able to detect. In the coming years, they will study the planet’s orbit, which could shed more light on how it formed.