NASA Scientist to Distraught Dupes: The World Won’t End in 2012

As it turns out, the end is not near after all. While you can’t keep a good doomsday rumor down,... 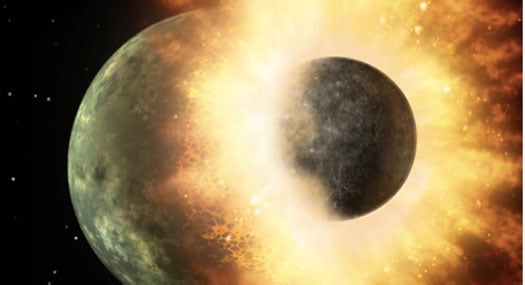 As it turns out, the end is not near after all. While you can’t keep a good doomsday rumor down, NASA Senior Scientist David Morrison is trying to dispel widely circulated rumors that cosmic events will lead to the end of life on Earth, if not outright destroy the planet, on Dec. 21, 2012.

Morrison, a planetary astronomer and keeper of NASA’s “Ask an Astrobiologist” service, is publishing a rebuttal to many rampant apocalyptic rumors in the journal of the Astronomical Society of the Pacific, partially in response to an increasing number of letters and emails from a public worried that the end is nigh. Morrison specifically addresses the myth that a fictional planet called Nibiru will collide with Earth, but also addresses other persistent rumors that solar activity, alignments with the center of our galaxy and other astrological phenomena will wreak havoc on the blue planet and end life here. 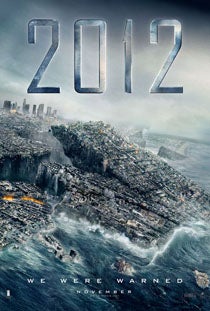 A viral marketing campaign for the fictional Hollywood film “2012” is feeding apocalypse hysteria on the Web.

Nibiru, Morrison says, was conjured by Zecharia Sitchin, an author of fictional literature centering on the ancient Mesopotamian civilization of Sumer. Sitchin claimed in several books to have found and translated ancient texts that identify the planet Nibiru, which orbits the sun every 3,600 years and which will collide with Earth . . . in May 2003. This finding was corroborated by psychic Nancy Lieder who, channeling aliens inhabiting a non-existent planet near the star Zeta Reticuli, learned that Earth is in danger from the planet Nibiru.

When the May 2003 collision didn’t occur, doomsday was rescheduled for December 2012, conveniently concurrent with the end of one of many increments of time known as Baktuns on the Mayan calendar. These 394-year periods have come and gone many times since the Mayans made their calendar, much like the months and years on the Gregorian calendar. But even practicing Maya don’t believe the world will end on Dec. 21, 2012, when the 13th Baktun rolls over. As Morrison notes in his paper, “my desk calendar ends much sooner, on December 31 2009, but I do not interpret this as a prediction of Armageddon.” Of course, Morrison also points out, the most compelling reason to believe Nibiru won’t wipe out the earth in 2012 is that the planet doesn’t exist. But try telling that to the man in the tinfoil hat.

Then there’s the theory of magnetic polar reversal, in which the magnetic polarity of changes. This indeed is a real phenomenon, happening irregularly every 400,000 years on average. But as far as science can tell, this doesn’t harm life on earth, nor does it reverse the rotation of the planet, nor is there any reason to believe a reversal is imminent in 2012, as many Web sites would have you believe.

Perhaps the most interesting thing about the doomsday rumors that Morrison points out in his rebuttal isn’t that they exist, but who is ginning up the rumor mill. While the Web’s many crackpots and conspiracy theorists are likely hard at work writing the next apocalyptic narrative, they’re not the driving force behind the latest spate of hysteria. Much of the drama stems from a viral marketing campaign for Columbia Pictures’ upcoming end-of-times thriller 2012, in which the Earth befalls cosmic calamities that shatter civilization as we know it.

The film’s marketers created a Web site claiming to be the home of the fictitious “Institute for Human Continuity,” which is dedicated to scientific research bolstering the claim that the world will end in 2012 and encourages visitors to search for “2012” on the Web, feeding the hysteria. The truth is some people simply can’t separate fact from Hollywood fiction. While the world certainly could end in 2012 (or before that, or after that), the science simply says, “don’t bet on it.”