In a breakthrough that could shake up the way researchers think about cancer vaccines, researchers at the Cleveland Clinic have... 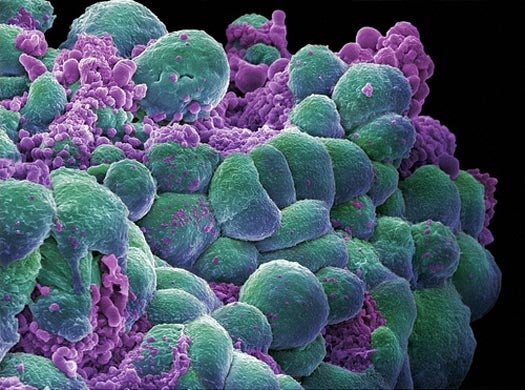 In a breakthrough that could shake up the way researchers think about cancer vaccines, researchers at the Cleveland Clinic have found a protein that appears to prepare the immune system to prevent cancer.

Cancer vaccines, unlike traditional vaccines, are generally designed to arm the immune system with the tools to fight a certain existing disease or cancer-causing virus, rather than directly prevent cancer from developing. But researchers have found a protein manufactured in cancerous breast cells that primes the immune system to attack tumor cells themselves and prevent the growth of tumors altogether.

In mice that had been pre-engineered to develop breast cancer, an injection of the protein stopped the cancer from ever forming. Healthy lactating cells produce the protein as well, and as such it could one day provide a vaccine that prevents breast cancer in non-lactating women.

The development could shake up the way medical researchers approach cancer vaccines, creating pharmaceutical that actually prevent cancer itself rather than trying to mitigate the various causes of certain cancers.