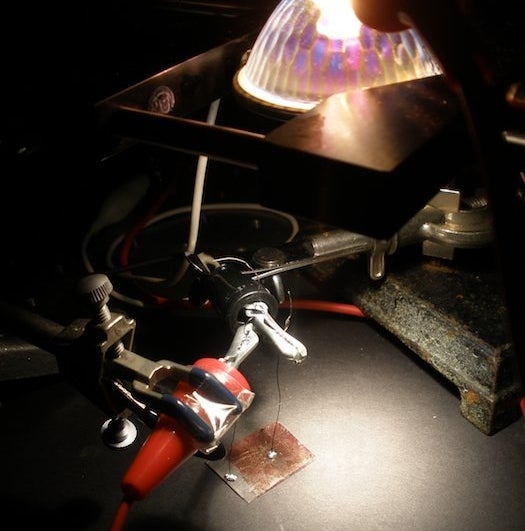 Every year thousands of high school students take part in national and regional science fairs. PopSci scours those events to find 10 students with truly world-changing ideas backed by functioning prototypes. Turns out, some of the country’s most brilliant inventors aren’t yet even old enough to drive. 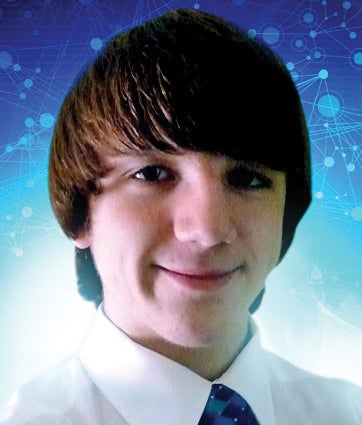 Jack Andraka’s pancreatic cancer test is 168 times faster and 400 times more sensitive than current diagnostics. To create his test, he coats filter paper with carbon nanotubes and antibodies. Mesothelin, a protein over-expressed in the blood and urine of pancreatic-cancer patients, binds to the antibodies. That pushes the nanotubes apart and raises the electrical resistance, which doctors can then measure.

What’s next: Andraka plans to build a company around his cancer test. Marian Bechtel’s invention, a repurposed metal detector, uses vibrations and sound waves to find land mines. First, she sends seismic waves into the ground with a tool normally used to prevent bubbles in drying concrete. In response, the plastics and metals in mine containers produce vibrations; when the detector’s two microphones are equidistant from a mine, the vibrations cancel out, indicating the mine is underneath.

What’s next: Bechtel plans to major in physics at Bryn Mawr College. 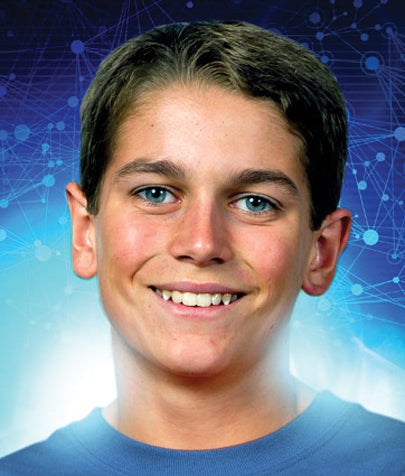 “Smart” football helmets built with accelerometers and sensors can detect concussion-strength forces, but they are too expensive for most schools. Braeden Benedict developed an inexpensive solution. When the helmet is hit with a force of 75 Gs or more, typically enough to cause a concussion, the device releases dye through a tube onto the helmet’s surface, which forms an inkblot visible from the sidelines.

What’s next: Benedict plans to try to license his invention to a company. 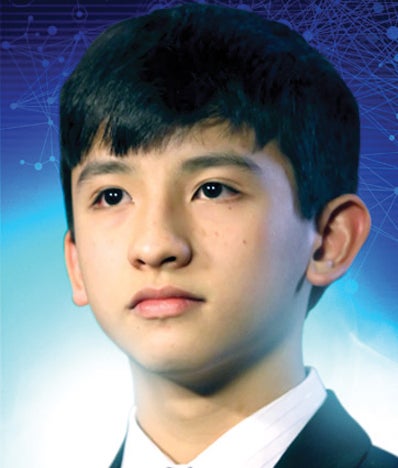 Fabian Fernandez-Han’s bike desalinates and purifies brackish water while a rider pedals. The bike has a 15-gallon canister attached near the handlebars. As the front wheel spins, it pumps water from the canister through a reverse osmosis system that removes salt and impurities. Freshwater then moves into a container attached to the rear wheel. One hour of pedaling produces 20 gallons of drinkable water.

What’s next: Fernandez-Han would like to study engineering in college and later get an MBA. 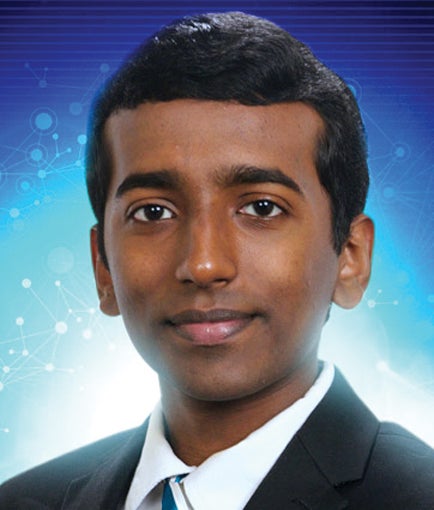 Raja Selvakumar’s fuel cell uses a naturally occurring process as a fuel source that could one day power diagnostic and surgical nanobots. Gastrobacteria on the stomach lining break down glucose for energy, which liberates electrons. A carbon pad in Selvakumar’s fuel cell absorbs the electrons, which generates a current and could power a ‘bot. The ‘bot would later pass through the patient’s digestive system.

What’s next: Selvakumar would like to study engineering at MIT. 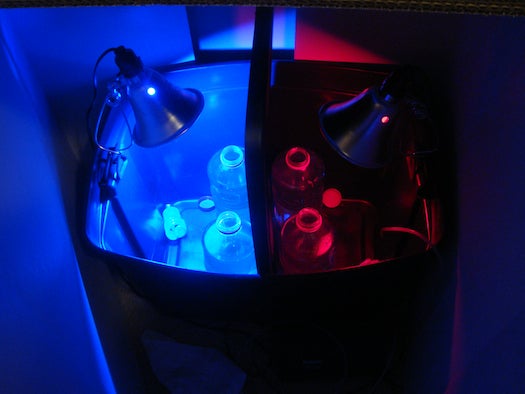 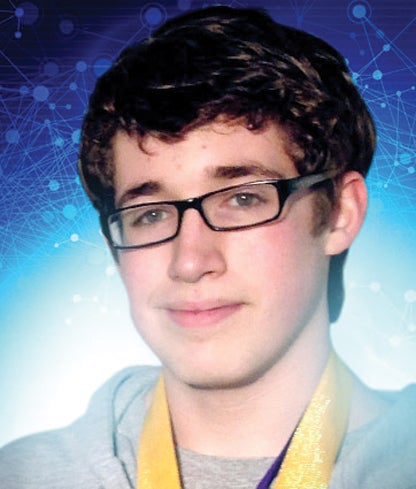 Up to 60 percent of an algae’s cell mass comes from lipid oil, which scientists isolate for use as a biofuel. Unlike most extraction methods, Josh Wolf’s technique—in which he delivers an electric shock that opens the vesicles that hold the oil—keeps the algae alive, so he can draw oil from them repeatedly. After shocking, he skims the tank that holds the organisms to collect the oil and adds methanol and lye to create biodiesel.

What’s next: Wolf plans to get a doctorate degree in biomedical research. 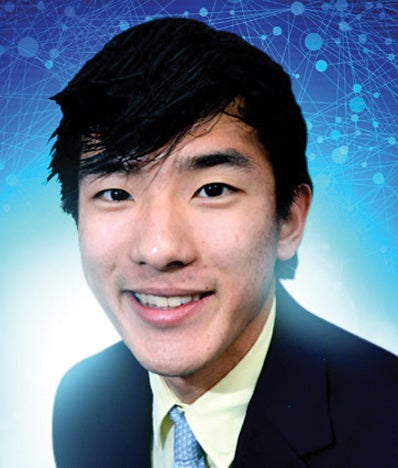 Using only tools from his school’s science lab, Ryota Ishizuka layered 5-by-5-centimeter solar cells onto a stretched elastic polymer. He then released the tension on the polymer, causing the cells to bunch, creating wrinkles. When the material flexes and stretches, the wrinkles smooth out without breaking the cells. Ishizuka says the solar cells could be applied to surfaces of buildings and vehicles, as well as clothing.

What’s next: Ishizuka will attend Harvard University in the fall. 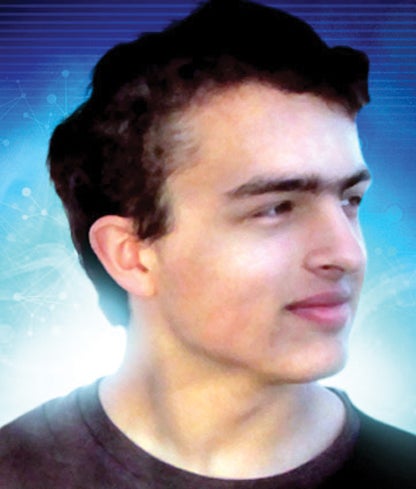 Just 15 millimeters in diameter, Andrey Sushko’s motor could drive surgical robots through blood vessels. The motor has electrodes coated with fluoropolymers. When a battery charges the electrodes, the fluoropolymers change from hydrophobic to hydrophilic. That alters the curvature of the liquid’s surface within the motor. Repeated charges move the rotor in small increments and could propel a ‘bot forward.

What’s next: Sushko is heading to Stanford. 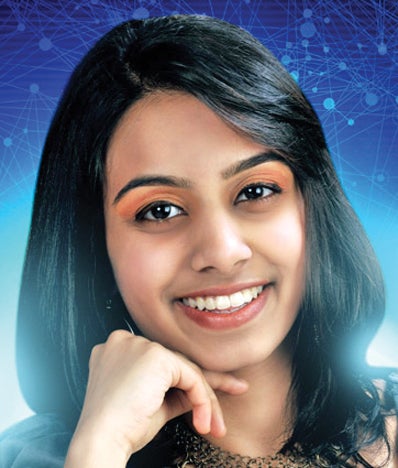 The EPA has found that a house’s paints, building materials, appliances and furniture can give off potentially harmful compounds. Naomi Shah created an air filter that removes nearly half of a home’s pollutants and costs less than $25. The 8-by-10-inch device fits into any central-heating and air-conditioning system and contains living fern and palm plants. The plants host microorganisms that feed on toxins such as benzene and methylene.

What’s next: Shah is looking at environmental-health research programs. 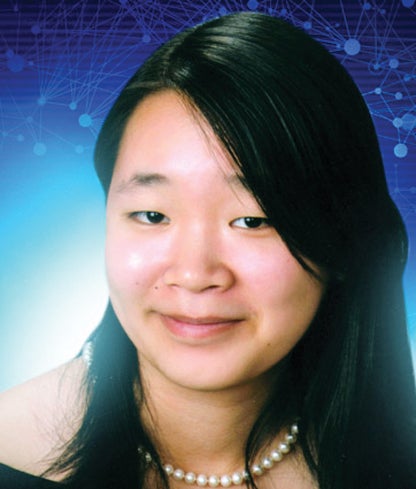 What’s next: This fall Zhang is attending Harvard University.