One of the toughest things about Type 1 diabetes – a chronic, incurable autoimmune disease – is that once it... 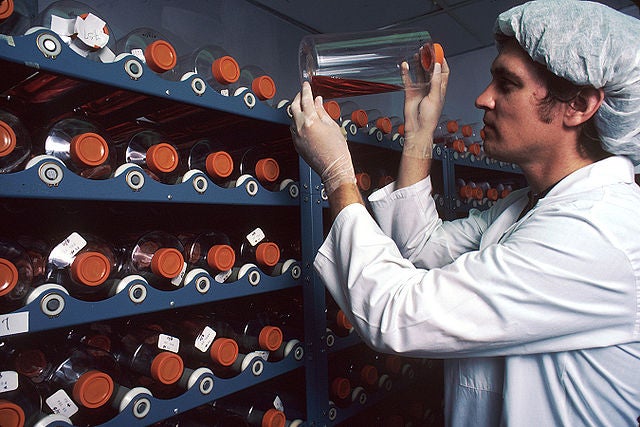 One of the toughest things about Type 1 diabetes – a chronic, incurable autoimmune disease – is that once it begins to develop, there’s no way to stop it. Slowly but surely, your immune system will kill off the cells in your pancreas that produce insulin, a crucial hormone that allows you to absorb the energy (in the form of glucose) from your food. The process can take years, but the end result is always the same: you’ll be entirely dependent on injections of artificial insulin to stay alive. Even though it’s now possible to predict with more than 75 percent accuracy whether someone will develop Type 1 within the next five years, there’s nothing to do with that information but wait.

But a new trial, launched through the National Institutes of Health’s Type 1 Diabetes Trial Net, may change that.

Headed by Kevan Herold, M.D., TrialNet Principal Investigator and Professor of Immunobiology and Medicine at Yale University, the Anti-CD3 Prevention Study – which is currently enrolling — will test whether a drug called teplizumab might be able to prevent or delay Type 1 in high-risk relatives of people with the disease.

Teplizumab is what’s known as an anti-CD3 monoclonal antibody, a targeted immunosuppressive drug that I wrote about for Popular Science last February. I know about teplizumab because I took it myself – after being diagnosed with Type 1 diabetes in 2001 at the age of 22, I enrolled in a study that tested whether teplizumab might preserve some insulin production in people recently diagnosed with the disease. In my case, it worked: nine years out, I was still producing a measurable amount of insulin, which in the normal course of Type 1, doesn’t happen. (I’m going in for a 10-year follow-up at the end of March.)

The results of the trial I participated in, which were published in the New England Journal of Medicine, were exciting to researchers and patients alike. But unfortunately, teplizumab is not a cure. Reversing Type 1 diabetes remains a frustratingly complicated challenge, one that would require not just replacements for the cells that have been destroyed, but a successful override of at least two different immune responses: the tendency to reject foreign tissue (transplanted insulin-producing cells would be rejected just like a transplanted kidney), and the immune reaction that triggered Type 1 to begin with.

Mindful of these challenges, researchers have long sought a way to prevent Type 1 from developing to begin with – and the results of the teplizumab studies (later corroborated by other studies using the same drug), suggested an interesting possibility. Researchers have recently discovered that Type 1 takes a long time to fully develop – autoantibodies against the insulin-producing cells can begin to develop up to 10 years before symptoms appear. Teplizumab is thought to work by shutting off the part of the immune system most responsible for attacking the insulin-producing cells. So what if it were to be given to high-risk people before they developed symptoms? Researchers like Herold hypothesize that a preemptive treatment with teplizumab might prevent those immune cells from attacking in the first place.

For people interested in the study – or simply in finding out their risk — Trial Net offers a screening test kit, available either by mail or in person, to check for the autoantibodies that lead to Type 1. The screening is free for people 45 years old or younger with a parent, sibling, or child with Type 1 diabetes, as well as for people under 20 who have a niece, nephew, aunt, uncle, grandparent, half-sibling or cousin with the disease. People who test positive may be eligible to participate in the trial; people who test negative for the autoantibodies can be retested annually for free until they turn 18.

It can be a difficult decision to have your family members screened, especially children. But personally, I know that if I’d had the opportunity to be screened, I would have taken it – regardless of whether there were a trial to participate in. Not only could screening help you learn about possible opportunities for prevention and early treatment, but the earlier you catch Type 1, the less likely you are to develop diabetic ketoacidosis, a potentially deadly complication brought on by extremely high blood glucose levels. In my case, I might have caught the symptoms – and started insulin – before I landed in the hospital for a week, bewildered and terrified to be diagnosed with a disease for which I never knew I was at risk.

The results of the Anti-CD3 Prevention Study obviously remain to be seen – previous trials to prevent Type 1 have been disappointments. Still, Herold – who has Type 1 himself – is cautiously optimistic. “There is no other trial in the world that is testing prevention of Type 1 diabetes in this particular group of people,” he says. “It’s the most exciting trial I’ve ever done.”

More information about the trial is available at DiabetesTrialNet.org.