The Flu Virus Can Tell Time. Here’s Why You Should Care

The flu knows how long it has to invade our cells and spread to other humans. So new treatments could fight the virus by resetting its clock. 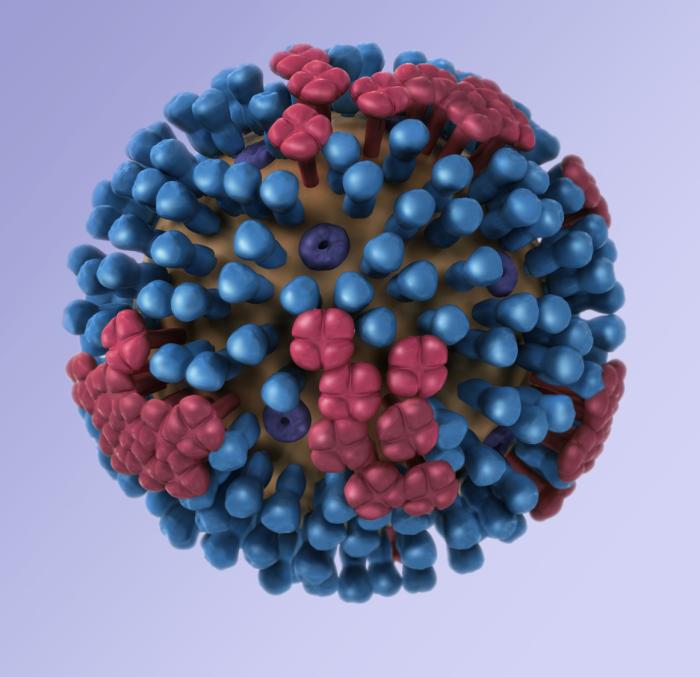 The insidious little virus making so many Americans sick this winter has a newly discovered potential weakness we might be able to exploit. Influenza can tell time, and it choreographs its actions according to a strict schedule. If new vaccines can reset flu’s clock, the human immune system might be able to fight it more effectively.

Viruses multiply by invading a host cell, hijacking its machinery and using it to make new copies of itself. Cells have warning systems that can detect this invasion and call in reinforcements, but that can take a while. The virus has to orchestrate its actions carefully–if it moves too fast, it won’t have time to make new copies of itself, and if it moves too slowly, it might be stopped by immune defenses. Researchers at Mount Sinai’s Icahn School of Medicine figured the flu virus must have some mechanism to tell how long it has to hijack a cell before tripping the alarm, so to speak.

Researchers knew the virus has about eight hours to make copies of itself before a cell will notice. To produce sufficient copies to infect another human, it needs about two days of continuous activity inside our cells, said Benjamin tenOever, a microbiology professor at Mount Sinai who led this research. The team figured out that the virus slowly gathers a protein it needs to make its exit, and leaves the cell in the nick of time.

“The virus has exploited the predictable nature of the
cell to establish a molecular timer and successfully coordinate
the processes of infection,” tenOever and coauthors write.

To fight it, they tricked the virus into changing the amount of time it took to gather the protein. First, they made it acquire the protein too quickly, which caused the flu to leave the cell before it had made enough copies of itself. In this case, the cells were lung epithelial cells. Then they altered it to leave too late, giving immune cells enough time to respond and kill the virus before it escaped.

This is promising for new flu vaccines and antiviral drugs, which could target this internal protein clock. Although a flu vaccine is still the best way to protect yourself against the flu, not everyone is eligible to get one–especially the nasal spray, which is not recommended for the very young and the very old. These treatments also rely on an educated guess about which flu will spread throughout the population in a season, and there are only so many vaccines. But a treatment that targets the virus’ clock wouldn’t need a dead or weakened version of the flu–it would just need to fool the virus into losing track of time. The study is published in today’s issue of Cell Reports.