How Mollusk Blood Could Cure Cancer 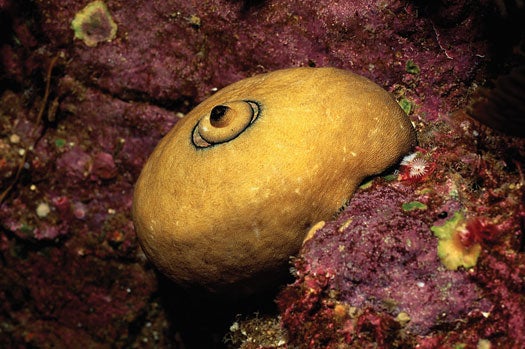 The giant keyhole limpet’s hemolymph carries a protein that is the essential component of a new cancer vaccine. Keyhole limpet hemocyanin (KLH) carries oxygen in limpet blood. It is an unusually large protein—near virus size—and contains many epitopes, which trigger our body to produce antibodies. When doctors inject KLH into the human bloodstream, it provokes a powerful immune response. If markers for a certain cancer are attached to KLH, the immune system can be stimulated to attack them. Unlike some synthetic alternatives, KLH is nontoxic. Researchers use the protein in cancer vaccines to “break tolerance,” says Frank Oakes, the CEO of Stellar Biotechnologies, which grows limpets in a business park for aquaculture next to the Pacific Ocean in Port Hueneme, California. “Your body tolerates the cancer cell because the body believes it is a part of you,” he says.

Breaking tolerance can also be used to treat addiction. Down the coast from Stellar’s lot, in La Jolla, scientists at Scripps Research Institute used KLH to make a vaccine that cuts out the euphoric effects of a heroin high. In their experiment, researchers gave addicted rats a cocktail of heroin-like molecules attached to KLH. Like the cancer vaccine, the protein provoked an immune response to suppress the high. Later, given the option to self-administer heroin, most rats stopped using the drug. Human trials are under way for a similar KLH-based vaccine to treat addiction to nicotine and cocaine.

KLH is too big and complicated to synthesize, so giant keyhole limpets still offer the best, most stable supply of the protein. Before extraction, Stellar employees move the limpets to tanks indoors. Researchers use a syringe to extract the limpet’s blood and then isolate KLH using a centrifuge. It takes about 16 weeks before the mollusk has fully recuperated and is ready for its next extraction. Limpets can also be harvested in the wild, but they die during the extraction process. There aren’t enough limpets in the sea to keep up this method.

More than a dozen vaccines that use KLH are in clinical trials, and a treatment for bladder cancer is now approved for use in Europe and Asia. Stellar currently has the capacity to make between one and two kilograms of KLH a year. But if a KLH cancer vaccine is FDA-approved, Oakes says it “will increase demand by orders of magnitude.”