The Link Between Breasts, Cancer and Germs

No matter where you look, there is bound to be a pink ribbon. From nationally televised sports, such as the... 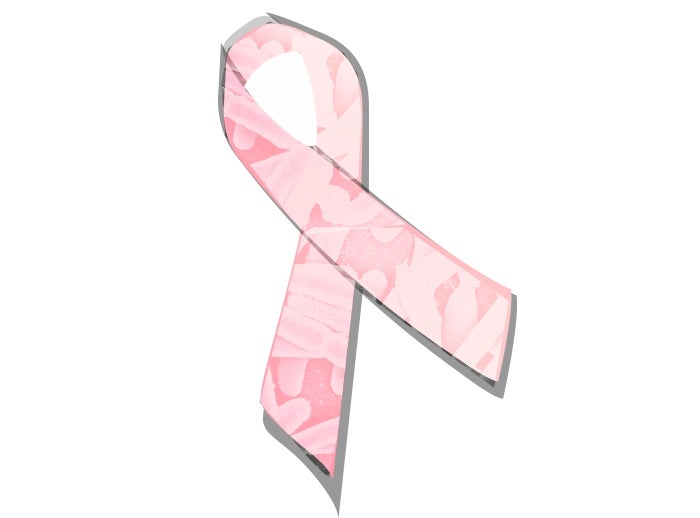 No matter where you look, there is bound to be a pink ribbon. From nationally televised sports, such as the NFL and NASCAR, to the countless number of local events, raising awareness and money to find a cure is ubiquitous and for good reason. In the United States, some 300,000 cases were found last year and of those, close to 40,000 women lost the battle. In 2014, the estimates suggest about 29% of all cancers detected in women – over 232,000 – will be associated with the breast.

While the hunt for a cure continues without abatement, there is an equally passionate search for the cause. Theories continue to be postulated and a few good leads have been identified, such as the BRCA genes and the links with alcohol consumption. Yet, the actual trigger that turns a normal cell into a cancerous one remains hidden deep inside the tissue of the mammary tissue.

The mere suggestion of microbial association may seem controversial. Though microbes play a role in the development of a number of cancers, the links are due to the direct interaction of microbes and human cells. The breast is normally considered a sterile environment negating any suggestion of a link. Yet in 2006, the idea of a gut-breast communication leading to cancer was found in mice. When a certain pathogenic bacterium was introduced into the gut, tumors happened in the breast. Although the authors could not determine the mechanism, it began a new search for any links between gut bacteria and cancer.

By 2011, there were several potential links suggested and in the following year, with the conclusion of the human microbiome project, researchers widened their scope to determine if changes in the nature of the gut bacteria could indeed cause tumors in the breast. Last year, the evidence grew as a team of New York State researchers suggested the microbiome acted as a modulator. If the microbiome was unhealthy – known as dysbiosis – then there was a greater chance for disease. In contrast, a healthy microbiome would mean less risk.

Although the concept of a gut-breast interaction was gaining credence, for a team of California researchers, there had to be more to the story. Going back to the original belief of cancer being a direct interaction between microbe and host tissue, they set out to determine if breast tumors contained bacteria and if this was reflective of dysbiosis.

Earlier this year, the team released their findings leaving many a reader in a state of disbelief. Not only did cancerous breasts contain microbes, so did healthy ones. Breast tissue was in fact, not sterile, and possibly had its own microbiome. Even more interesting was the fact tissue from cancerous breasts had fewer bacteria than their healthy counterparts. Fewer bacteria – dysbiosis – suggested a potential risk factor for a malignant tumor as did the presence of a known pathogen, Methylobacterium radiotolerans, which appeared to be present mainly in disease. Although no mechanism was suggested, based on previous clinical cases, the bacterium is known to invade individuals with suppressed immune systems including renal failure and leukemia.

On top of this incredible information was an additional surprise. The team identified a potential ‘breast probiotic’ organism in healthy tissue, Sphingomonas yanoikuyae, which is better known to degrade pollutants in the environment. Although no specific benefit to prevent cancer was suggested, members of this bacteria are able to use estradiols including 17-β estradiol, which is believed to be associated with this type of cancer. Not surprisingly, in cancerous samples, there was little to none of these bacteria found. Although there appeared to be a possible link between a lack of _S. yanoikuyae _and cancer, the authors could not determine if this was indicative of a possible cause.

With the results identifying the potential for microbial involvement in breast cancer, a team of Canadian and Irish researchers decided to take the final stab at the sterility myth. In a study released last week, the group developed the first glimpse of the human breast microbiome.

The process of identifying the microbiome was relatively simple. Extracts of breast tissue from reductions and other surgeries were taken back to the lab where they were tested for any presence of bacterial DNA. What came back was an incredible assortment of over 100 bacterial genera. The diversity was similar to the gut with a combination of good bacteria, such as Lactobacillus, a known probiotic and constituent of human milk, as well as a diverse group of bacteria known as the Proteobacteria.

There were contrasts to the gut as well. There were significantly lower numbers of the Actinobacteria, which include Bifidobacterium, a genus used in many infant formulas. The presence of potential pathogens was also noticed however there was no indication of any harm to the individual. The authors did not speculate on the reasons for these findings, however, as this was the only study and several limitations were observed.

Our knowledge of the possible involvement of germs in breast cancer is just in its infancy. With the recent emergence of data dispelling myths and changing our perspectives, the future can be considered bright. These studies have provided us with a glimpse into the potential risk factors for the onset of a tumor and possibly a direct link as seen in other areas of the body. The work done by these researchers may offer guidance for monitoring treatment after diagnosis. Moreover, they have opened the door to yet another galaxy of microbes to complement the mouth, the gut, the respiratory tract and the vagina.

Perhaps the most important revelation is the discovery of a possible new means to prevent breast cancer altogether. While the proof has yet to be concretely shown, maintaining a good relationship with germs may have a significant benefit. Only time and research will tell if having a happy microbiome can help prevent any of those hundreds of thousands of new cases seen each year. For their sake alone, it’s worth the effort.