The Nightmare of Flu-Induced Narcolepsy

What a difference a month makes. Before the start of December, the annual flu season was expected to be normal... 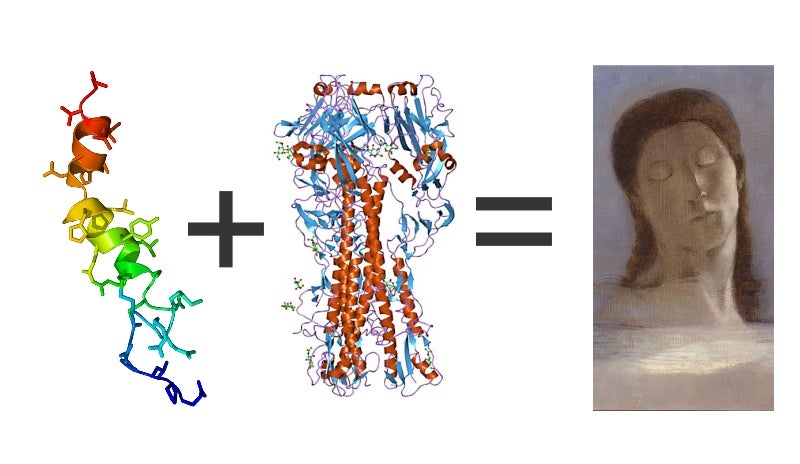 What a difference a month makes.

Before the start of December, the annual flu season was expected to be normal with an average number of people suffering and a low rate of hospitalizations and deaths. Yet in the last week, that picture has changed completely as flu has spiked in certain regions of the United States and Canada leaving many public health officials and epidemiologists not only scratching their heads but also worrying that the situation could get much worse.

The shocking rise has been due to the return of the 2009 H1N1 flu, better known as H1N1pdm though inappropriately nicknamed ‘swine flu’. The virus, which caused a pandemic that lasted nearly 10 months, is an evolutionary marvel that had somehow escaped surveillance for years until it eventually entered the human populace. Since the end of the pandemic, dozens of research papers and articles have been written to better understand the nature of the virus, how it evolved into such a beast and more importantly, the consequences of infection.

Over the years, there have been some fascinating discoveries. Analyses have revealed a similarity to the catastrophic 1918 ‘Spanish Flu‘ giving the 2009 virus the same ability to cause severe disease. Researchers have also unveiled the risk factors involved to allow such horrific outcomes, which include the need for intensive care and ultimately death. Then there was the epidemiological observation of the ‘W curve‘ in which there is a rise in serious infections in those between the ages of 20 and 64.

Despite these breakthroughs, there has been one unresolved problem surrounding the virus that is not only disconcerting but also heartbreaking. Back in 2009, there was an increase in the number of cases of a rare disease: narcolepsy. The disease affects less than 0.01% of the population and is described as an uncontrollable need to sleep during the daytime. First identified in 1907, this unusual condition has been thoroughly examined by physicians, psychological experts, immunologists and geneticists.

The years have revealed a distinct causal relationship for narcolepsy involving the immune system and neurological protein known as hypocretin. Hypocretin has many functions including regulating the body’s wakefulness, energy generation, water balance, modulation of pain and activities of the gastrointestinal and cardiovascular systems. With lowered or missing levels of hypocretin, the body is unable to maintain wakefulness and can undergo other systemic disorders. In those affected by narcolepsy, there is a tendency for the immune system to recognize hypocretin as foreign. The result is similar to that of Type 1 Diabetes in which immune cells seek out and destroy not only the protein (insulin in diabetes; hypocretin in narcolepsy) but also the cells that produce these products (islet cells; neurons).

Despite being rare in the general population, a spike in cases was seen in 2010 following H1N1 expsoure. The findings startled public health officials and has been an ongoing story in the media. Though cases were seen after infection, the majority were associated with one of the approved vaccines that year, Pandemrix. As a result of the allegation and eventual confirmation, the focus turned away from the virus itself and towards the adjuvant of the vaccine, AS03. While the adjuvant did play a role in the onset, there was still a question as to whether or not the virus itself could also lead to the onset of narcolepsy. Last month, the answer may have finally been revealed although the results suggest that this year could spark a narcolepsy nightmare.

The article was published by a team of researchers from Stanford University as well as institutions located in Denmark, Ireland and Italy. They initially wanted to seek out the potential link between the H1N1pdm virus, the Pandemrix vaccine and narcolepsy. What they found, however, was a problem that extended far beyond their original expectations.

The group attempted to match the molecular structure of hypocretin with the hemagglutinin (H) protein of several influenza strains. They chose seasonal strains as well as those which have made headlines including 2009pdm, the 1918 pandemic strain, which also was thought to cause cases of narcolepsy, then called ‘encephalitis lethargica‘, the 2003 strain that led to increased hospitalizations and deaths. The inspections found a near-match at the most elementary level – known as the primary structure – with all viruses. However, there was a slight difference between 1918, 2003 and 2009pdm strains and the seasonal varieties.

While this subtle variance might have normally caused no alarm, to these researchers, it suggested a possible answer. To determine if the subtle variance had any meaning in the onset of narcolepsy, the researchers introduced each of the influenza strains to blood collected from known narcolepsy patients. To their amazement, H1N1pdm as well as the 1918 and the 2003 strain caused a spike in the immune response to hypocretin. The seasonal viruses, however, led to no such increase.

Based on their findings, a picture of how flu and narcolepsy are related has become a little clearer. Upon infection with H1N1pdm (or 1918 or 2003), the immune system is triggered to attack the hypocretin molecule. If there is an exacerbation of the immune response, either through an adjuvant such as AS03 or another microbial invader, such as the pneumonia causing Streptococus pneumoniae, the hypocretin-destroying may become long term and even possibly, permanent.

While the answers behind the association of flu and narcolepsy are being unveiled, there continue to be no sign of a cure. The only answers for the affected are medications that themselves may have adverse effects. The only real way to avoid the onset of this debilitating condition is to prevent infection. Thankfully, vaccine manufacturers have learned from the mistakes of Pandemrix and have since designed their products such that they can no longer trigger symptoms. For those who are at greatest risk, the current vaccine may offer the best chance to ensure that they maintain their hypocretin levels and enjoy a pleasant daily wakefulness.