A Mouse Made Just For You Will Model Your Medical Problems

When you check in to a hospital in the future, along with checking your vitals and ordering a blood panel,... 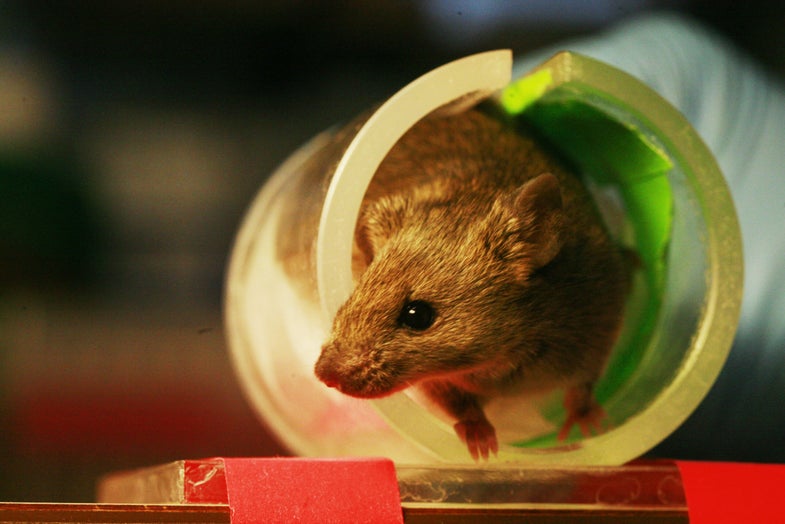 When you check in to a hospital in the future, along with checking your vitals and ordering a blood panel, your doctors may assign you a personal mouse. The immune-deficient creature will receive a transplant of your tissue, which will allow it to mimic your immune system, or maybe your specific type of cancer. Then doctors can try out a cocktail of drugs or gene therapies to see what might work on you.

Two teams of researchers have been working on personalized mouse models, or mouse avatars, that can serve as test beds for doctors looking for the right treatments. Physicians could try different combinations of drugs to see what works best, and if they make some mistakes, it’s OK because it’s a mouse, not a human patient.

In one recent study, Australian researchers were working with a pancreatic cancer patient, trying to determine genetic mutations that could make his cancer susceptible to certain drugs, reports Nature News. They grafted a piece of the patient’s tumor tissue onto mice with depleted immune systems, so the mice would not reject the transplant. They tested a cancer drug that their gene screening suggested could work, and they were right — the tumor shrank after the mice were treated. Sadly for the patient, he died before he could be treated, too. The researchers presented their work at a conference last week.

In another study, doctors at Columbia University created a mouse avatar of a human immune system, which they believe could be used to study autoimmune diseases. Lead author Megan Sykes and colleagues transplanted human bone marrow stem cells and thymus tissue into mice that also had suppressed immune systems. The work took several weeks, but in the end, the mouse had a complete human immune system, including T cells, beta cells and myeloid cells, which create other immune cells. Sykes plans to use this personalized immune mouse to study type 1 diabetes, which is caused by errant T cells attacking insulin-producing cells in the pancreas. That paper was published last week in Science Translational Medicine.

Though personalizing a mouse is tricky and can take precious time — even too much time, as the Australian study shows — these studies herald a future when personalized medicine means more than just genetic profiles. If doctors can test their hypotheses on a virtual you, rather than testing you directly, they might feel free to take more risks. Ultimately, patients might receive better care, thanks to mice on the front lines.