The Hostage Horror of Herpesvirus

It’s a staple in many a heist movie. A person or group of people are going about their business when... 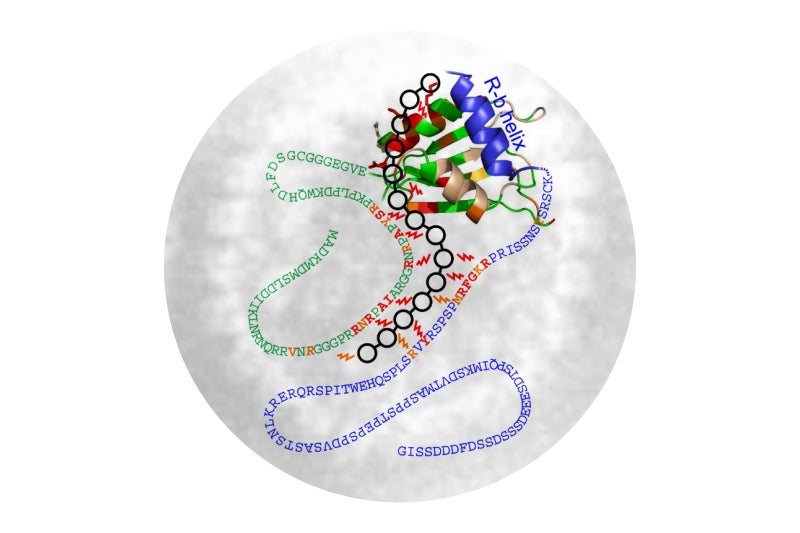 It’s a staple in many a heist movie. A person or group of people are going about their business when all of a sudden, they are attacked by force or by gunpoint. The situation turns dire as the enemy is not interested in an immediate fate but rather an extended one; it’s a hostage-taking. The target is usually useful for the heist as he or she may possess secret codes or worse, a fingerprint or eye scan that will inevitably open up the safe and give access to the wealth inside. When it comes time to leave, the villains ensure that the hostage is used to either keep the police at bay or to enable a disguise to prevent anyone from knowing the situation is over and the crook has gotten away clean.

For many of us, this circumstance may seem ludicrous or even ridiculous. However for viruses, particularly the herpesviruses, this is an everyday occurrence. This large family of pathogens is known for causing a plethora of diseases including cold sores, genital lesions, chicken pox, shingles, encephalitis and the cancer known as Kaposi Sarcoma. Researchers have been studying the virus since the middle of the 19th Century and have unveiled much of its mysterious mechanisms of infection. However, its hostage-taking abilities have only recently been elucidated.

To ensure their survival, herpes viruses must not only enter the cell, but also venture deep into the most dangerous territory of all: the nucleus. Here, the virus replicates its genetic material and somehow exports a molecular blueprint of virus production, mRNA, into the rest of the cell where proteins are made. Yet, while getting in might be easy, as any heist expert would know, getting the mRNA out is a significantly harder task.

The nucleus is a locked fortress to protect the cellular data bank, DNA and the protein blueprint mRNA. Much like a fingerprint or eye scan, there must be a recognized molecular signature that allows the doors to open. Only a few molecules have access to the nuclear gates and their mechanisms have been well studied and understood. Virologists have suspected that the virus was taking one of these factors as a hostage in order to trick the nucleus into opening its doors. But which one and more importantly, how, continued to elude them.

But in the last few years, the hostage has been identified. It’s known simply as Aly/REF and it acts as a bodyguard for the mRNA as it makes its way to the outside. What makes Aly/REF even more interesting is that it is dispensable; if it is either killed off or taken hostage, the cell tends to care less. This trait makes it the perfect target for herpesvirus.

Back in 2002, a team from the University of California, Irvine determined that one of the herpes family members, herpes simplex 1 (HSV-1), took Aly/REFas its prisoner using one of its proteins, ICP27. The interaction effectively forced the cellular protein to take the viral mRNA blueprint to the nucleus and help it to exit. A few years later, in 2005, a team from the UK found a similar hostage-taking mechanism in another member of the herpes clan, human herpesvirus 8 (HHV-8), the cause of Karposi Sarcoma. Yet the actual protein responsible wasn’t known for certain.

It took another two years before the HHV-8 process was unveiled by a team of American researchers. They found one specific protein, called ORF-57 was somehow taking Aly/REF hostage. In the following year, a UK team added to the picture by suggesting Aly/REF was masking the presence of the HHV-8 mRNA blueprint to prevent any alarms from sounding. In essence, the virus was using its captive as a means to avoid detection and continue the infection.

While there was ample evidence from both the ICP27 in HSV-1 and the ORF57 in HHV-8 to come up with a mechanism, there was still one missing piece of the puzzle. Although they could see this happening, they were not sure how the virus managed to actually mask the viral mRNA from detection. But last week, that answer was finally found.

This week, a team from the UK that included some of the members of the 2005 HHV-8 findings published a paper that revealed exactly how ORF57 manages to both capture Aly/REF and hide deep in enemy lines. The process was fairly easy in principle although quite difficult to accomplish in the lab. The group had to isolate molecular structures of ORF57 and Aly/REF and then study them using nuclear magnetic resonance spectroscopy as well as fluorescence imaging. The work unveiled a rather intriguing method that resembled a common occurrence most of us experience at the pasta dinner table.

Based on the structural analysis, both Aly/REF and ORF57 have molecular tails that are similar to spaghetti. They wave around in the nucleus just waiting to attract and attach a piece of mRNA. When Aly/REF touches mRNA, it goes directly to the surface to transport it out of the nucleus. When ORF-57 touches its mRNA, however, it hunts down Aly/REF and hijacks it, forming a bond that cannot be released. Aly/REF senses the new mRNA but ORF-57 prevents it from determining if it is friend or foe. As a result, it goes along and performs its duty not realizing that it has all but helped the virus with its getaway.

The horror that happens at the cellular level does have its positives when put into a medical perspective. By understanding exactly how the hostage-taking occurs, researchers can begin to find valid treatments that will target ORF-57 (or ICP27 in HSV-1) such that infections may be halted earlier. Even more hopeful is the realization that a recurrent treatment might help to stop the overall action of the herpes viruses to prevent and control the variety of clinical conditions. While this is no doubt years away, as the movies have taught us, when it comes to herpes, just like the perpetrators of heists, hostages or hijacks who are always brought to justice, the virus will eventually have its judgment day.