Gliese 710 should arrive sometime within the next 1.5 million years 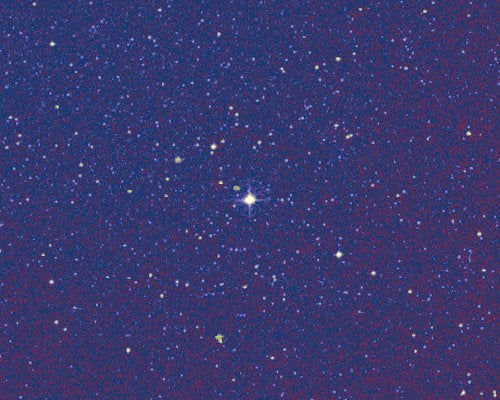 Our solar system’s ‘hood may get a bit rougher sometime during the next 1.5 million years. An astronomer has given an 86 percent chance for a neighboring star to smash into the frozen Oort Cloud surrounding the outskirts of the solar system, and may scatter some comets toward Earth, Technology Review reports.

That’s not the only close encounter for our sun, according to Vadim Bobylev at the Pulkovo Astronomical Observatory in St. Petersburg, Russia. He combined data from several databases of stars and found at least nine more stars that have already swung past the sun or will do so in the future.

The data on Gliese 710, an orange dwarf star, comes from position and velocity measurements of about 100,000 stars in the Hipparcos Catalogue published in 1997. Updates for the Hipparcos data in 2007 allowed Bobylev to calculate the likelihood that Gliese 710 might smash into our solar system.

A hail of comets sweeping toward Earth from that collision could pose a problem, given the relatively pathetic investment in detecting incoming space threats. The loose chunks of ice debris within a comet’s gaseous body might also prove more of a nightmare than solid asteroids, and scientists still don’t know exactly how to deal with the rockier cousins.

If Bobylev’s prediction holds and Earth escapes unscathed, it will catch a bit of a breather barring the oddball asteroid, solar storm or human-engineered disaster. That should give enough time to figure out a plan for the inevitable Andromeda galaxy collision in 4.5 billion years.