Why Isn’t the Hubble Space Telescope Just Attached to the International Space Station?

It’s a logical question. After all, it would be handy if every time the Hubble Space Telescope went on the... 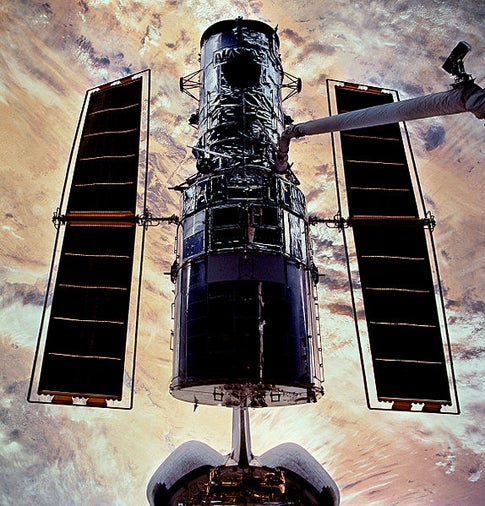 The Mission: The first in a series of space telescopes, the Hubble would allow astronomers to look at the stars without atmospheric interference. This would, and eventually did, provide the most detailed images of the distant universe ever produced. The Problem: Much like the nerds who designed the telescope, Hubble had a vision problem. When grinding the original camera lens, engineers failed to compensate for the minute shape change the lens would undergo when moved into a zero gravity environment. The solution? Glasses. Once a corrective lens was added, the Hubble was able to look deep into the universe. Courtesy of NASA
SHARE 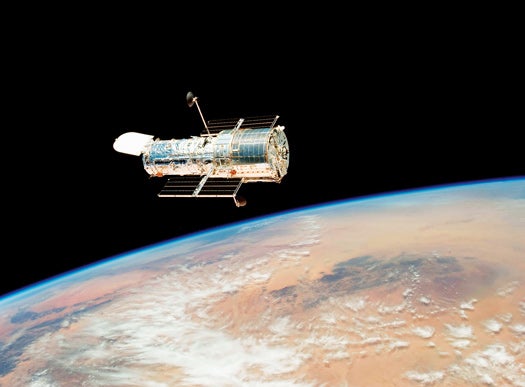 A servicing mission in May 2009 should keep Hubble running smoothly until at least 2014.

It’s a logical question. After all, it would be handy if every time the Hubble Space Telescope went on the fritz, an astronaut could reach out the window of the space station and give it a whack. Unfortunately, not only is that setup nearly impossible, being docked to the ISS would impair Hubble’s performance.

Hubble’s orbit is 350 miles above Earth and set at a 28.5-degree angle relative to the equator. Just bringing the scope to the ISS’s 52-degree orientation would require a tremendous amount of rocket power, but getting it to the station’s orbit 150 miles below would kill it. The descent would generate enough atmospheric drag to damage the scope’s solar panels. Worse, the space around the ISS is full of gases, liquids and other debris jettisoned from the station that could gum up Hubble’s optics.

Assuming that it could survive the trip, attaching it to the station would make it almost unusable, says chief Hubble engineer John Grunsfeld. It captures such highly detailed images because it’s free from any disturbances, atmospheric or otherwise. It’s designed to stay very, very still. “Once its camera locks onto an object, it’s unflinchable,” Grunsfeld says. The vibrations of gear on the ISS would make such observations impossible.

For now, Hubble will stay right where it is. As Space Telescope Science Institute news director Ray Villard puts it, “they just weren’t made for each other.”