Do foreign visitors to the United States have the same problem with drinking water as Americans traveling overseas? 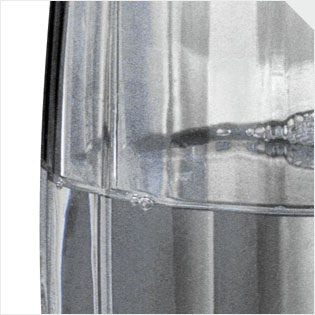 “Don’t drink the water,” Americans traveling overseas are often admonished, “it’ll make you sick.”
Yet the natives drink the same water with impunity. What’s going on? Do foreign visitors to the United States have the same problem?

The immune systems of travelers are often not accustomed to the microorganisms present in a foreign country’s food and water. This is particularly true in developing countries, (such as those in Latin America, Africa, the Middle East, and Asia), where there is a greater occurrence of food and water contaminated with bacteria, fecal matter, and parasites, and travelers experience a dramatic change in the type of organisms present in their gastrointestinal tracts. Relatively mild stomach and intestinal tract problems (diarrhea and occasionally vomiting) are most common.

Local residents, by contrast, tend to possess adequate defenses against those bugs. But this semi-immunity may come at a price for the locals, says Phyllis Kozarsky, chief of traveler’s health at the Centers for Disease Control and Prevention in Atlanta.

“The host population doesn’t go around with impunity-that’s our perception. If you are an adult traveling to a developing country, individuals at your same age don’t tend to experience diarrhea the way you might. However, the children in the developing world have dreadful, recurring problems with diarrheal disease,” says Kozarsky.

“If they survive childhood-there is a fair amount of childhood mortality-many of these people will develop what we call a semi-immune state.”

Why only semi-immune? “It doesn’t last a long time. If an individual leaves a host country to live in the United States to work here, and then, 10 years later, goes home to visit family and friends, their body has become much more like ours, and they will wonder why they develop reactions.”

According to the Centers for Disease Control and Prevention, visitors to developed countries are less at risk of illness because more advanced water purification and waste management systems, as well as greater public access to purified, bottled water, reduce exposure to organisms that cause disease.

Enterotoxigenic Escherichia coli (ETEC), a bacterial pathogen found in food and water, is the most common cause of acute diarrhea among travelers to developing countries. According to the Communicable Disease Division at the Walter Reed Army Institute of Research, there are currently no ETEC vaccines. However, ETEC infection induces an immune response that protects against subsequent exposures.