Over 70 years ago, scientists invented aerogel, the least dense solid known to man, and an insulator four times more... 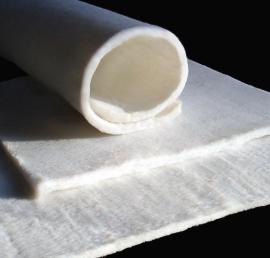 Over 70 years ago, scientists invented aerogel, the least dense solid known to man, and an insulator four times more efficient than fiberglass or foam. Famously, according to Dr. Peter Tsou of NASA’s Jet Propulsion Laboratory, “you could take a two- or three-bedroom house, insulate it with aerogel, and you could heat the house with a candle. But eventually the house would become too hot.”

Unfortunately, aerogels remained so expensive and unwieldy that only NASA used them with any regularity. However, thanks to recent production advances, aerogel insulation is now available and affordable for consumer purchase.

Even after the price drop, aerogels remain more expensive than common insulating materials. But since aerogels are more plastic than fiberglass or foam, permeable to water vapor, and flameproof, the extra cost may well be worth the investment when insulating masonry, shingles, or curved surfaces. Plus, since they’re so light and efficient, aerogels reduce other building costs as well.

Aerogels are made by constructing a conventional gel, and then removing the liquid though supercritical drying. The resultant material is 90 percent air, but retains the structure and rigidity of the non-liquid gel components.