Are We Living Inside a Black Hole?

Scientists trying to explain the universe’s accelerating expansion usually point to dark energy, which seems to be pushing everything apart.... 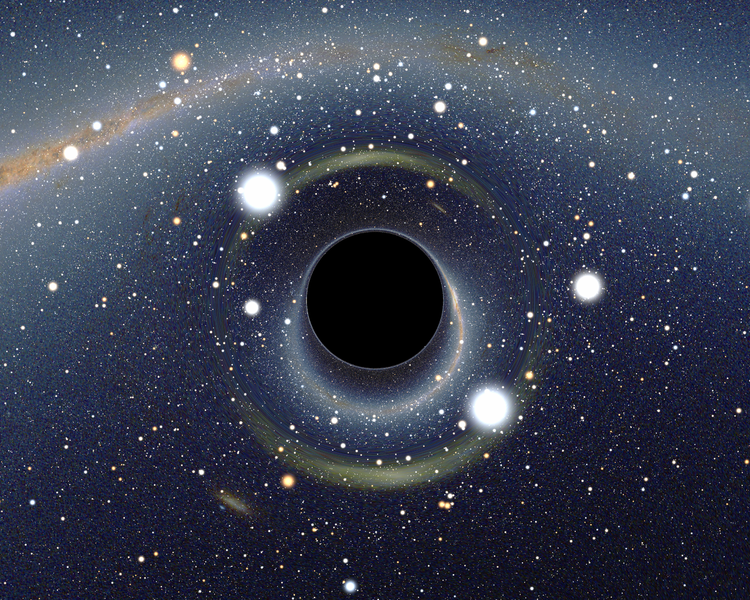 Scientists trying to explain the universe’s accelerating expansion usually point to dark energy, which seems to be pushing everything apart.

Some fairly mind-blowing physics is involved here, but the gist is that Nikodem Poplawski of IU-Bloomington used a modified version of Einstein’s general relativity equation set that takes particle spin into account.

Including this variable makes it possible to calculate torsion, part of the geometry of space-time. It also gets rid of the black hole singularity, a phenomenon that general relativity cannot explain.

In a study published earlier this year, Poplawski said when the density of matter reaches epic proportions, torsion counters gravity. This prevents matter from compressing indefinitely to a singularity of infinite density. Instead, matter rebounds like a spring, and starts expanding again.

In Poplawski’s latest study, his calculations show that space-time inside the black hole expands to about 1.4 times its smallest size in as little as 10-46 seconds — two orders of magnitude faster, for lack of a better word, than the Planck time. This brisk bounce-back could have been what led to the expanding universe that we see today.

But here’s the real kicker: as Poplawski says, we may not be living in our universe at all; we might be living inside a rebounded black hole that exists in a different universe.

We could tell by measuring the preferred direction of our universe. A spinning black hole would have imparted some spin to the space-time inside it, which would violate a law of symmetry that links space and time. This might explain why neutrinos oscillate between their antimatter and regular-matter states.