We go where scaneagles dare 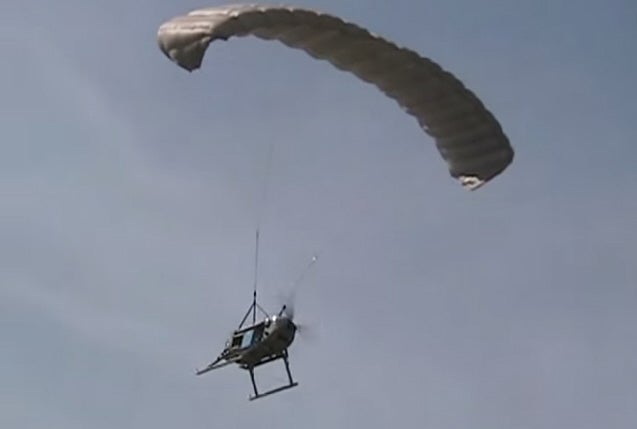 The CQ-10 Snowgoose is a drone for places without runways. Used by American special forces as an aerial resupply plane since 2005, it’s a rugged tool doing unmanned work that’d be hard to imagine with a pilot on board.

The Snowgoose CQ-10A is a parasailer powered by a pusher propeller. To get in the air, it can either be dropped out of the ramp of an airborne cargo plane or take off from the back of a truck driving forward. Once in the air, it flies autonomously along a preset path, using GPS for navigation. At its destination, it can either land to unload its cargo or release its six compartments worth of cargo from the air.

Snowgoose makers Mist Mobility Integrated Systems Technology created a second version of the craft with the designation CQ-10B that they are still shopping around at defense conferences. It replaces the A’s parasail with a rotor while retaining the pusher propeller, making it an unmanned gyrocopter. Switching to a rotor instead of a sail means the gyrocopter Snowgoose works with even shorter takeoff and landing distances, and it can do a much better job at flying into the wind.

What’s remarkable about the Snowgoose is it’s one of the genuine unique uses of a drone where it’s hard to see how an aircraft with an onboard pilot could do the job better. Over at Foxtrot Alpha, Tyler Rogoway has penned a loving ode to the Snowgoose. He writes:

Read more about the Snowgoose, and watch it in flight below: